We knew Disney theme parks were popular but it wasn’t until Forbes released a list of attendance at theme parks, attractions and sporting events that we realized just how far ahead of the pack the theme park giant really is!  Disney’s theme parks had higher total attendance in 2018 than any major sports league event worldwide according to new research!

Looking at data from 2018, Disney’s 14 parks around the world attracted roughly 157.2 million visitors which is more than double its nearest rival – Major League Baseball which came in at 69,625,244 attendees. 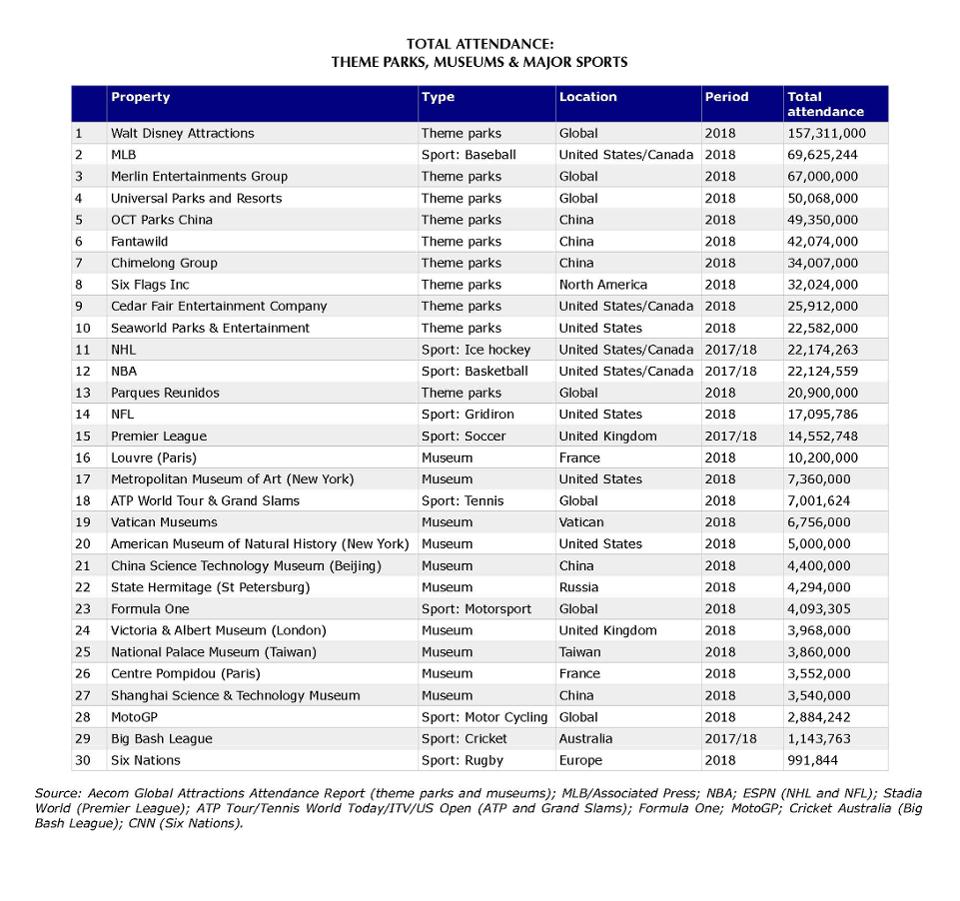 To take that one step further, that means that Disney can boast greater attendance than the three American professional sports leagues combined!  In terms of nearest theme park competition, Merlin Entertainments (which operates Legoland theme parks) has 57.4% fewer visitors than Walt Disney theme parks.  Following on Merlin Entertainment’s coattails is NBC Universal which operates Universal Studios. Though the parks are expanding rapidly with a new park set to debut in Bejing in 2021, attendance in 2018 sat at 50 million.

We think these are staggering figures and a testament to Disney’s worldwide appeal. This is a story we’ll be watching closely so keep following along with MickeyBlog!