We have an update on a case we told you about last month. It appears that charges have been dropped against a convicted sex offender who was accused last month of groping a Disney World employee dressed as Princess Ariel. Brian Sherman will not be tried for an alleged battery according to a court filing made by Florida prosecutors yesterday.

Though we can’t pinpoint the exact cause of the dismissal, we do note that in a “No Information Notice” an assistant state attorney said that the case against Sherman was not suitable for prosecution. No further details were given as to why the matter has been dropped.

However, Sherman, who lives in Orlando was officially required by law to register as a sex offender due to a 1991 conviction on four charges related to the sexual abuse of children under the age of 12. 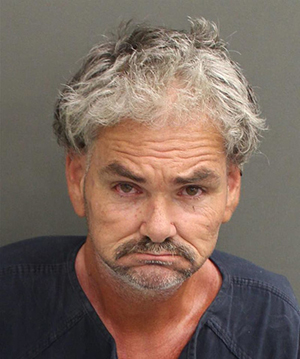 As we reported last month here at MickeyBlog, Sherman was arrested on November 2nd for an incident that took place at Ariel’s Grotto . According to reports, Sherman’s fingers had slipped beneath a cup of the cast member’s swimming costume.  A Disney co-worker, concerned at the victim’s body language instructed Sherman to remove his hand from the victim and he did so.

After Sherman’s departure, the victim was upset and “began shaking and crying,” which resulted in the closure of the grotto attraction. According to a recent piece in The Smoking Gun, during a police interview at his residence, Sherman was asked if he could “remember feeling his hand go inside the victim’s costume.” He replied, “I can see it in my mind that it happened.” Cops noted that Sherman “repeatedly stated that he might have touched the victim’s breast and that it was accidental.” Sherman also told a Disney manager that he has “hugged people in the past in a way that has been taken as sexual.”

We’ll be keeping a careful watch on further updates in this case and promise to keep you posted.