New “Star Wars: The Rise Of Skywalker” Skins On Fortnite

Last week we told you about the Stormtrooper skin, which arrived on Fortnite in anticipation of the game’s Star Wars event this Saturday. 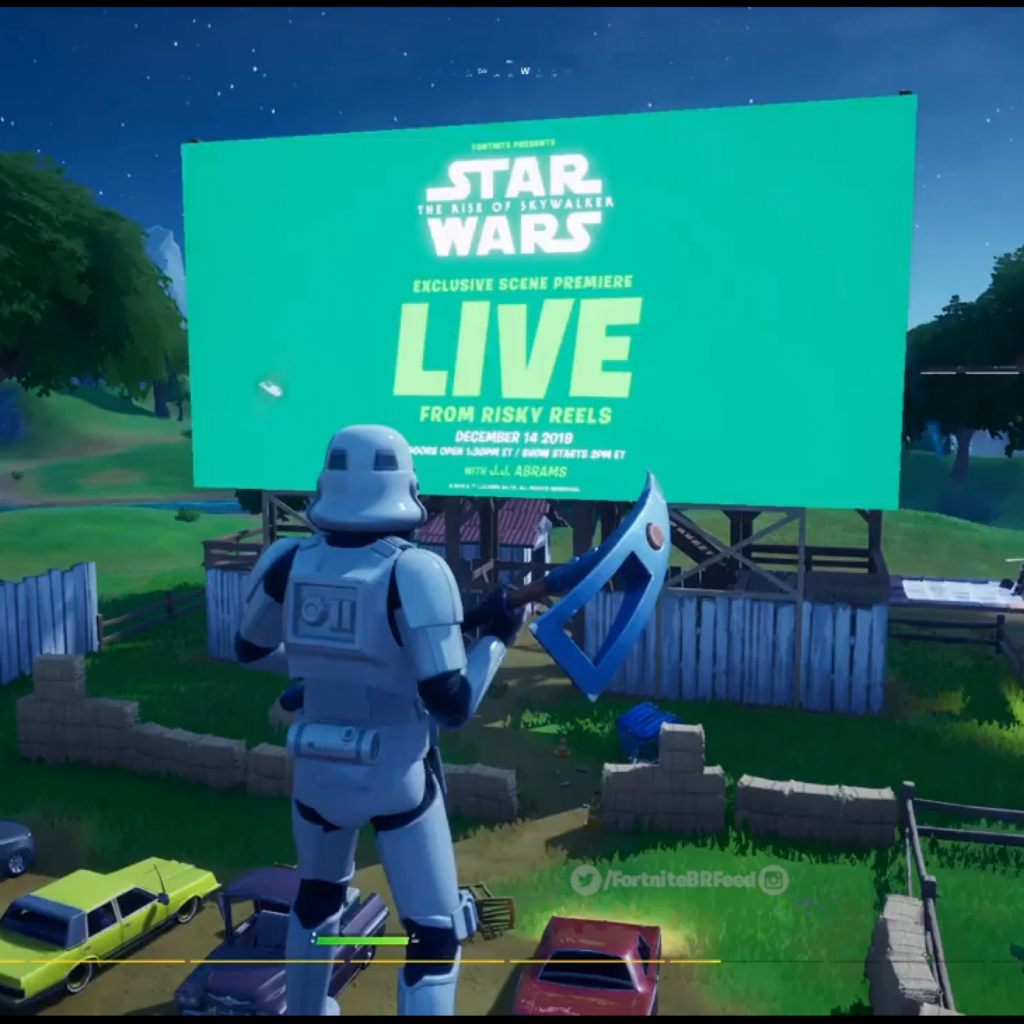 However, even as gamers and Star Wars fans await J.J. Abrams’ arrival in-game on Saturday, Fortnite is enticing everyone with new Star Wars skins.

That’s right, Finn, Rey, and a Sith Trooper may now be acquired:

They’re back, and in greater numbers.

Get the Rey, Finn and Sith Trooper Outfits in the Item Shop now! pic.twitter.com/zh6xJSj6Ct

Players may also acquire a “Tie Whisper Glider” that looks very much like a Tie Fighter:

Tune in December 14 at 2 PM ET to watch an exclusive clip of #StarWarsTheRiseOfSkywalker and earn the TIE Whisper Glider for free! pic.twitter.com/xDZCRcKonN

Power-leveling weekend is back ⚡

Be sure to login Saturday and Sunday to unlock Supercharged XP.

Use the bonus at your leisure and level up faster as you go. pic.twitter.com/vT5EByoqkj

Be as fierce as the First Order.

Tune in tomorrow, December 14 at 2 PM ET to watch an exclusive clip of #StarWarsTheRiseOfSkywalker and earn the TIE Whisper Glider for free! pic.twitter.com/tfLKWtfLi0

You won’t want to miss this 👀 pic.twitter.com/xRD0ynjaJT

It truly speaks to the popularity of Fortnite that Disney has used the game so much for promotional purposes. Last month, Stormtrooper skins were added to the game, and on December 14th, an exclusive clip from The Rise of Skywalker will premiere in Fortnite. While Fortnite has certainly been used to build hype for films in the past, Star Wars is an entirely different animal. It’s one of the biggest brands in the world, and will likely gross a hefty amount of money for Disney when it opens in theaters next weekend. As Fortnite’s userbase continues to grow, it will be interesting to see if more brands embrace these sorts of tie-in events. 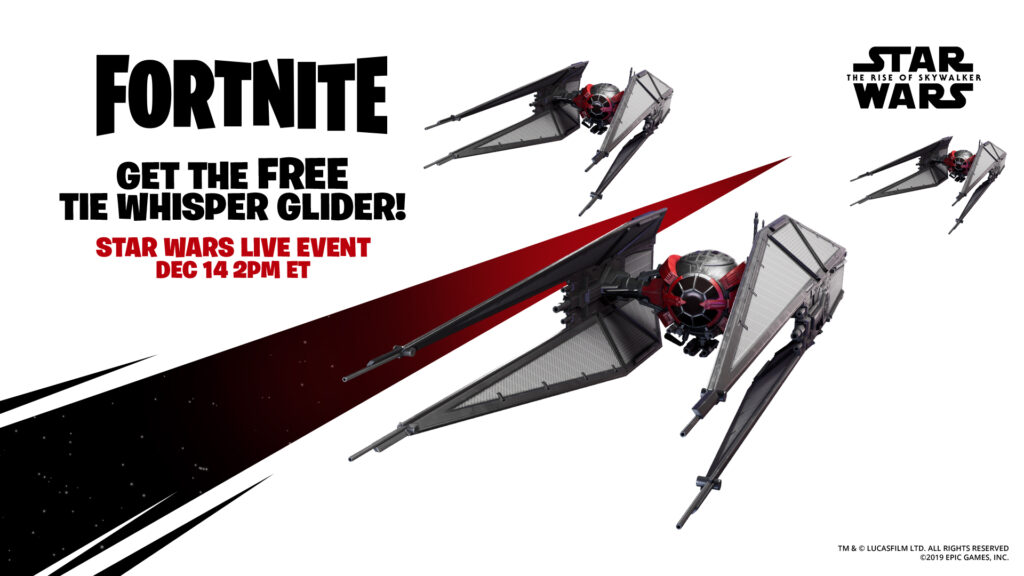