Who’s ready to head back to Zombieland! Disney Channel has announced the premiere date of Friday, February 14th for “ZOMBIES 2″ airing at 8:00 p.m. EST/PST, on Disney Channel and DisneyNOW. This MONSTROUS comedy features the original cast plus some amazing new faces, a host of new songs, and brilliant choreography.

Starring is Milo Manheim (ABC’s “Dancing with the Stars”) and actress/recording artist Meg Donnelly (ABC’s “American Housewife”), reprising their singing/dancing/acting roles as star-crossed couple Zed and Addison, whose endearing love story illustrates that being your best self is the truest way to find happiness and belonging. 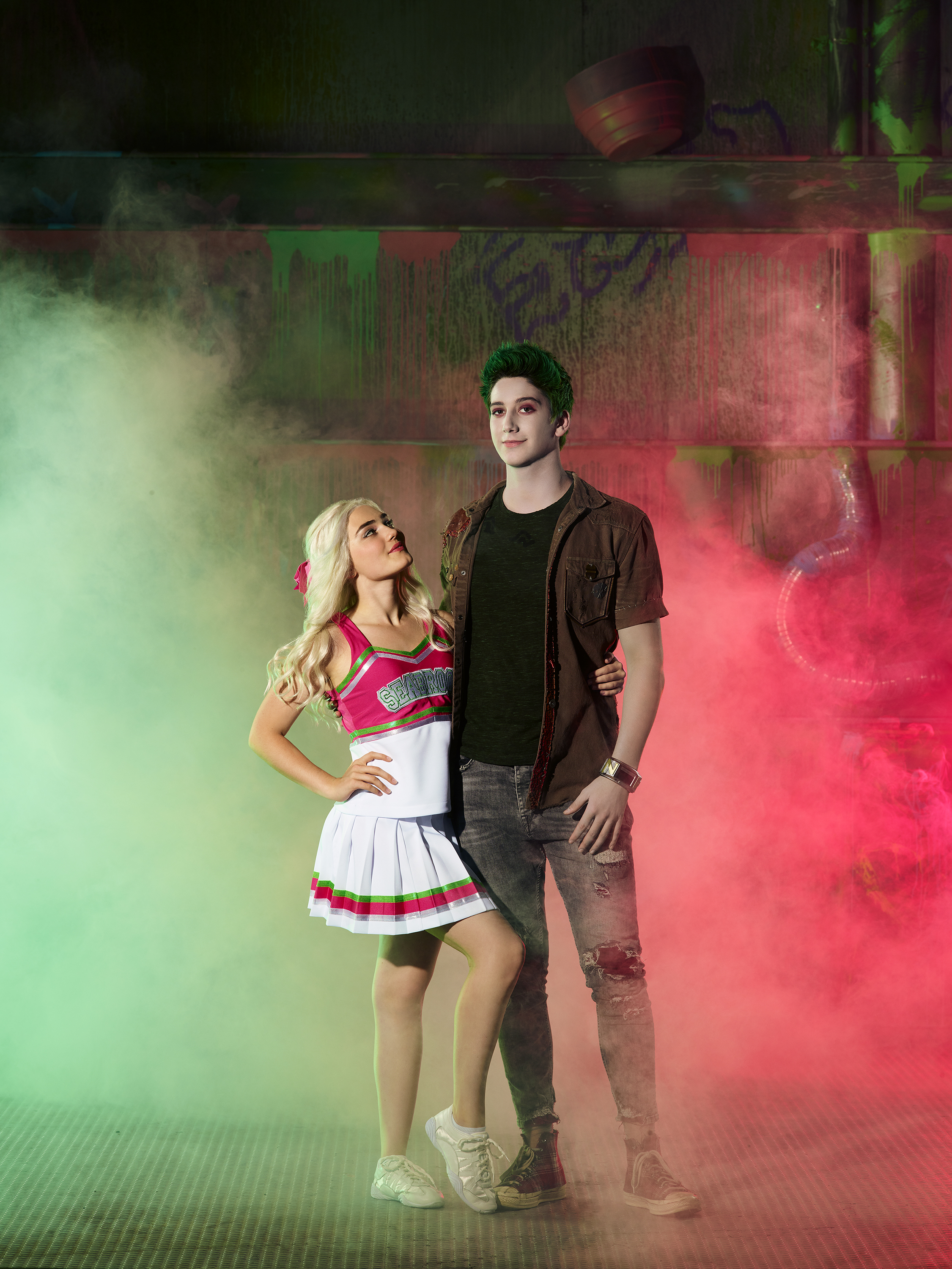 Also reprising their roles are Trevor Tordjman as Bucky, Kylee Russell as Eliza, Carla Jeffery as Bree, James Godfrey as Bonzo and Kingston Foster as Zoey. Joining the cast are Chandler Kinney as Willa, Pearce Joza as Wyatt and Ariel Martin (Baby Ariel) as Wynter.

Written by David Light and Joseph Raso, who were nominated for a Humanitas Prize for “ZOMBIES,” the sequel was directed by Paul Hoen, who also directed the first movie. Anna Gerb (“All Is Lost,” “Triple Frontier”), Hoen, Light and Raso are executive producers and Mary Pantelidis is producer. 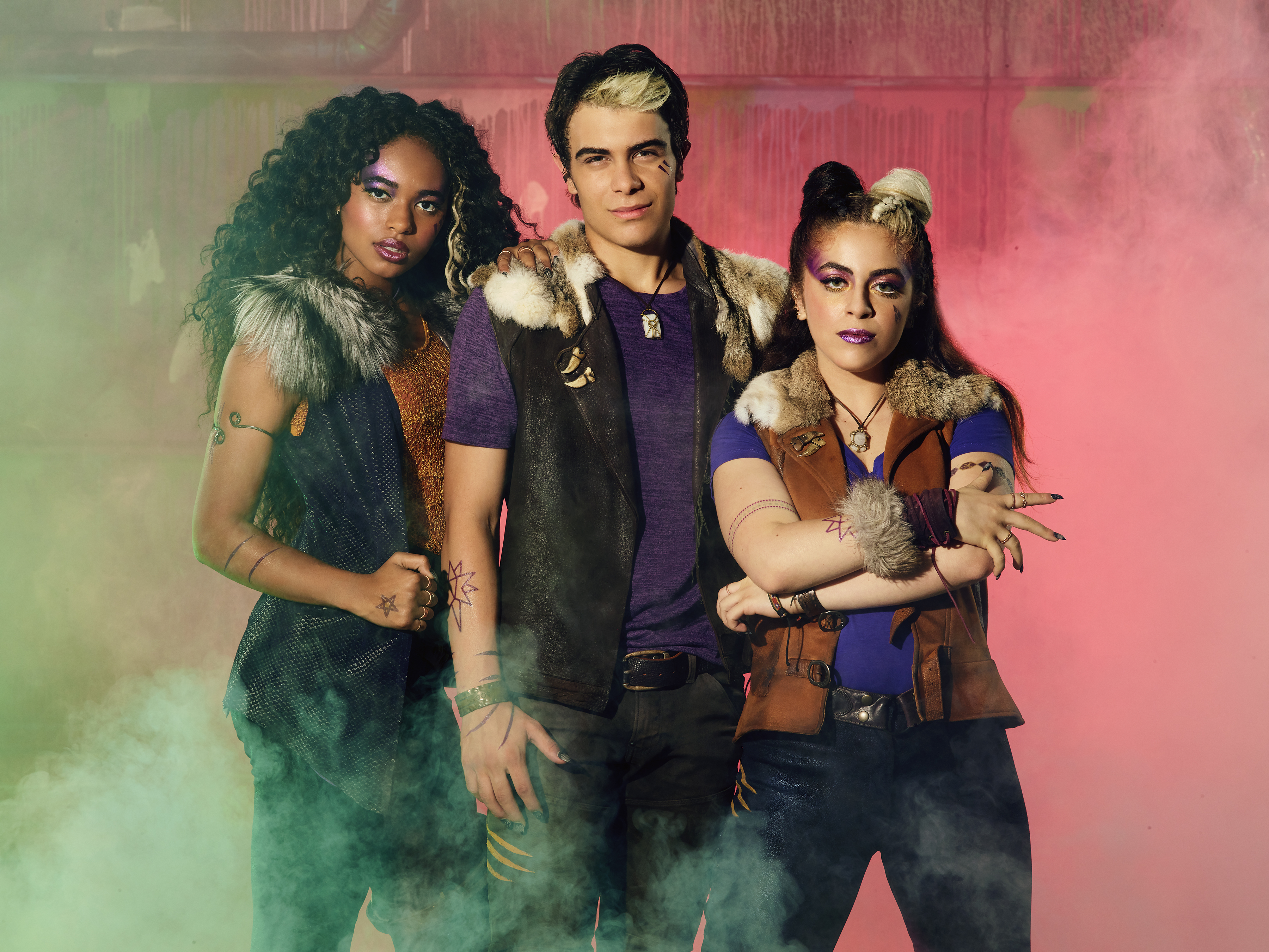 Set in the newly united town of Seabrook, “ZOMBIES 2” resumes the story as cheerleader Addison and zombie football player Zed are readying for Seabrook High’s Prawn, the school’s supersized prom. But when a group of mysterious teenage werewolves, led by Willa, Wyatt and Wynter, unexpectedly arrive in search of an ancient life source buried somewhere in Seabrook, a fearful city council reenacts Seabrook’s anti-monster laws making it impossible for Zed and Addison to attend Prawn together. Determined to keep their plan to be the first zombie/cheerleader couple to go to the prom, Zed runs for school president against cheer captain, Bucky, in order to change the rules. While Zed launches into his campaign, Addison is drawn into the werewolves’ circle sensing this might be where she finally fits in. Fearing he might lose Addison to the werewolf pack, Zed sabotages Addison’s effort to find out if she really belongs amongst them. When his deception is revealed and Addison confronts the truth about her identity, zombies, cheerleaders and werewolves all discover the real meaning of community and acceptance. 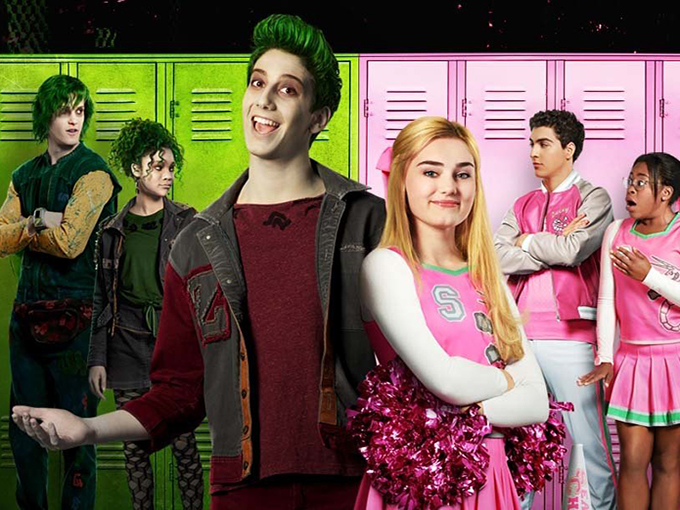 The “ZOMBIES 2” music spans the cheerleaders’ pop beats, the zombies’ hip-hop flow, and the werewolves’ world beat style in nine original songs. Four songs were written by Rock Mafia (the team that wrote and produced the hit “Queen of Mean” for “Descendants 3”). The first song debuting Jan. 3, “We Got This,” was co-written and produced by Mitch Allan (“Descendants 2”). The score was composed by George S. Clinton (“ZOMBIES”) and Amit May Cohen (“Wrestling Za’atari” documentary). The “ZOMBIES 2” soundtrack, from Walt Disney Records, will be available Feb. 14 and for pre-order on Jan. 3. Another original song, “The New Kid in Town” performed by Baby Ariel, will be available Jan. 31. The “ZOMBIES Complete Playlist” can be heard HERE.

In addition to reigning as the #1 cable telecast for 2018 among Kids and Girls 6-11 and Tweens and Girls 9-14, “ZOMBIES” was Disney Channel’s #1 video-on-demand property and the #1 title in the DisneyNOW app for 2018. The “ZOMBIES” soundtrack debuted at #1 on the Billboard Children’s chart, #4 on the Billboard Soundtrack chart, #2 on the iTunes Soundtrack chart and #3 on the iTunes album chart. “ZOMBIES” music videos on DisneyMusicVEVO and other ZOMBIES videos on YouTube amassed over 566M views.

“ZOMBIES 2” is the 108th title in the Disney Channel Original Movie franchise, which helped to define a generation and launched some of today’s young stars in the entertainment industry.

The “ZOMBIES 2” production designer is Mark Hofeling. The director of photography is Rudolph Blahacek. The choreographer is Jennifer Weber and the costumer is Trysha Bakker. The editor is Lisa Binkley, C.C.E.