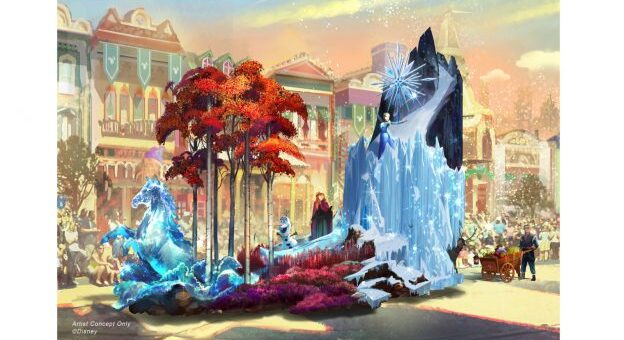 We have some exciting Disneyland news to report this morning! It was just announced that the all-new “Magic Happens” parade will made it’s official debut in Disneyland Park on February 28, 2020! In addition to the premiere date, Disney has also announced some exciting new details and concept art.

As we previously reported, the new Disneyland parade, “Magic Happens,” will celebrate “awe-inspiring moments of magic that are at the heart of so many Disney stories.” The parade will be led by Mickey Mouse down Main Street U.S.A. and treat Guests to stunning floats, beautiful costumes and beloved Disney characters. It will also feature an energetic musical score and a new song, co-composed by singer-songwriter Todrick Hall.

Here are some more new highlights about the new Disneyland “Magic Happens” parade: 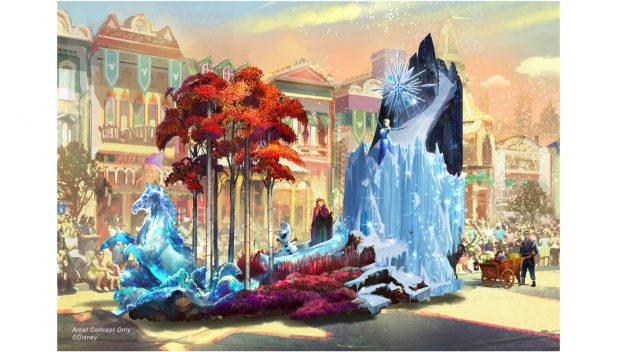 From “Frozen 2,” Anna and Elsa explore the mysteries of an enchanted forest protected by Nokk, the mystical water spirit, as their friends Kristoff, Sven and Olaf tag along. 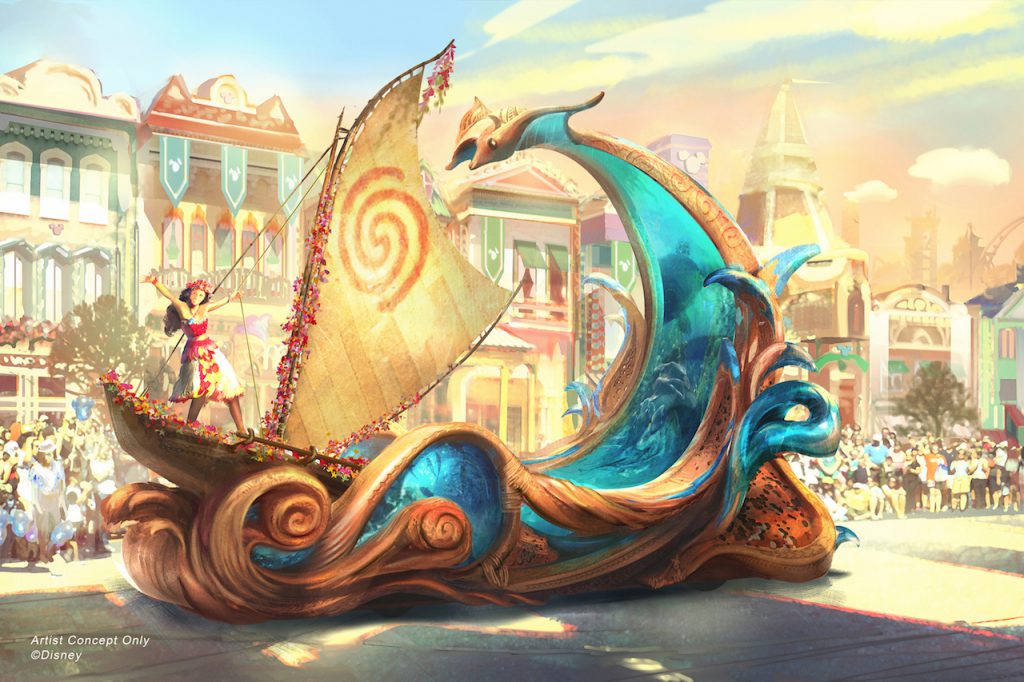 On her voyager canoe, Moana journeys forth on the crest of a towering wave, inspired by beautiful koa wood carvings and inset with dazzling, animated glimpses into the magic the ocean holds. 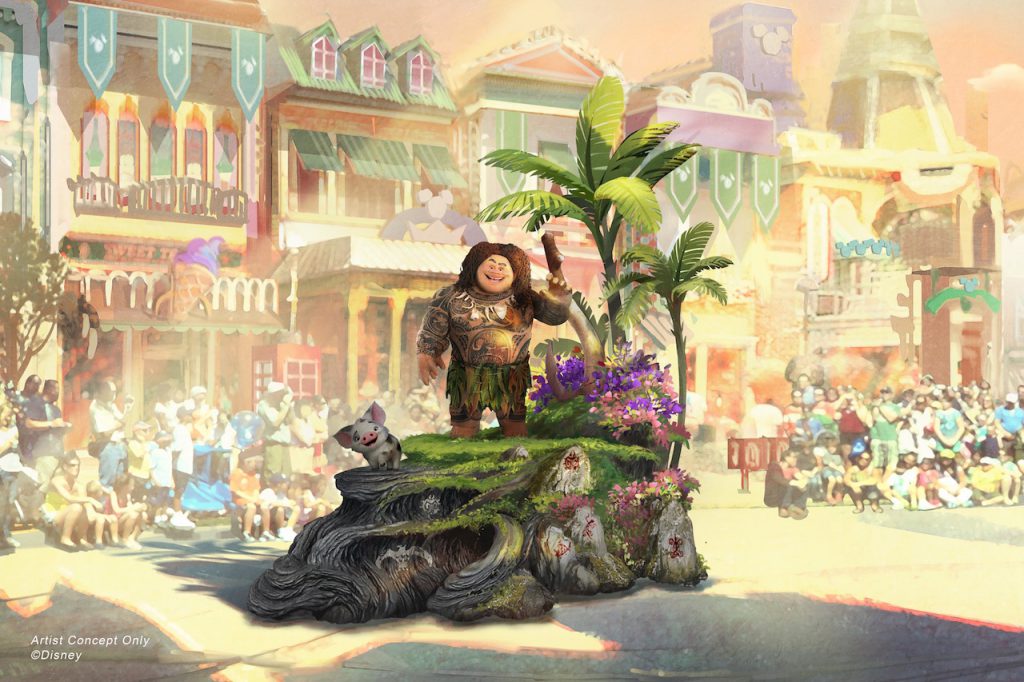 Joining Moana on her journey and making his Disneyland Resort debut  is legendary demigod, Maui. Guests will see Maui float by on his own magical island, along with Moana’s adorable pet pig, Pua. 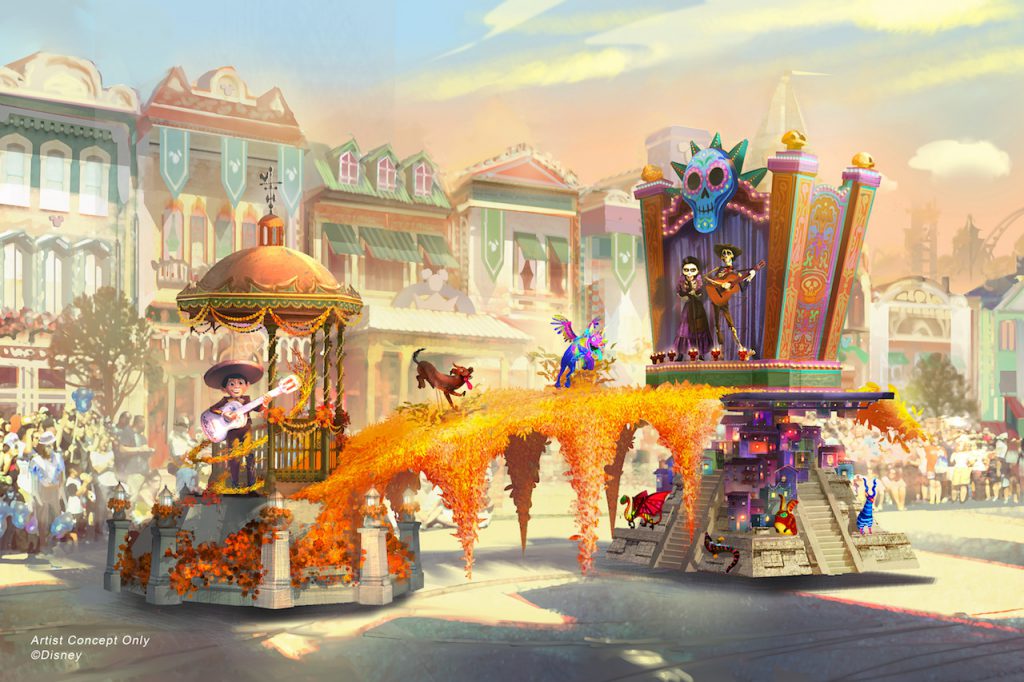 Also appearing in person for the first time will be Miguel from “Coco!” Miguel will be celebrating the magic that happens when he strums the guitar of Ernesto de la Cruz in the Disney and Pixar film. This float in the Disneyland Parade, “Magic Happens,” bridges the Land of the Living and the Land of the Dead with vibrant marigolds, and fantastical alebrije spirit animals join the procession, along with Miguel’s dog Danté. 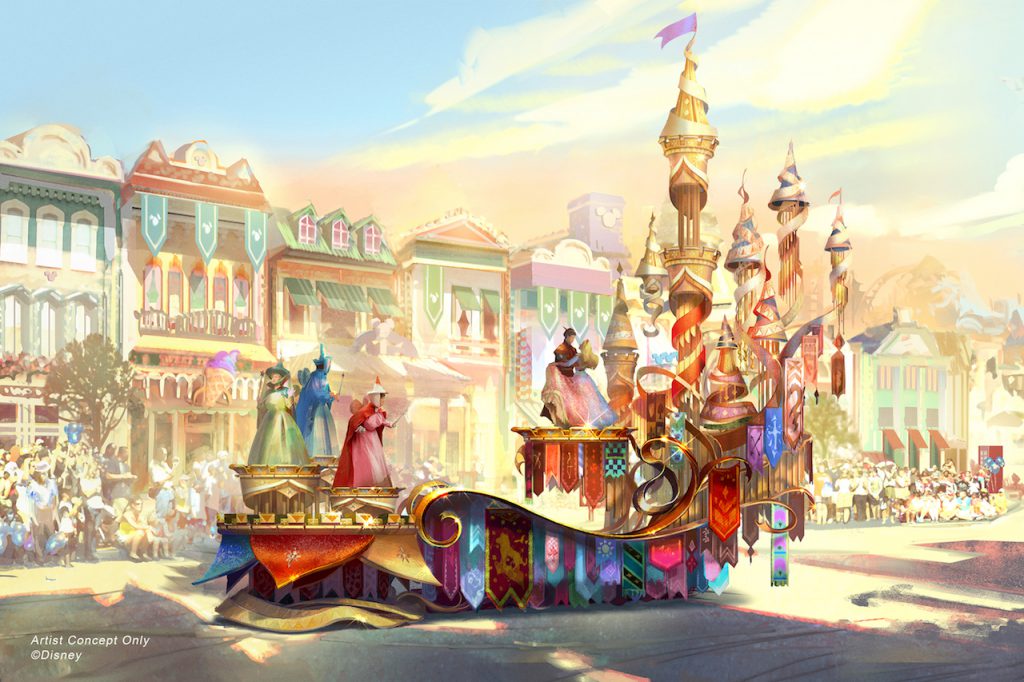 The grand finale of the “Magic Happens” parade at Disneyland will celebrate magical moments from several classic Disney stories, including the happily-ever-after scene from “Sleeping Beauty” with a trio of fairies and Princess Aurora’s gown shimmering between hues of pink and blue.

The “Magic Happens” parade at Disneyland will remind us that you don’t need wings to fly, shooting stars were made for wishing, and magic never ends at midnight.

Let’s start planning your visit to Disneyland to be the first to see “Magic Happens!” Plus, when you book your vacation package with me by December 31, 2019, you will be entered to win a FREE Memory Maker/$169 vacation credit.  All packages* will also receive a Disney Gift Card with your final travel documents. Fill out the form below or send an email to Holly@MickeyTravels.com for a FREE, no-obligation quote to book your Disney vacation. As an agent with MickeyTravels (a Platinum Earmarked Agency), I will be on hand to help you with everything from finding your perfect package and I offer rate monitoring to ensure you are receiving the best rate available by Disney. I work with all Disney Destinations and destinations outside of Disney. Best of all, my services are absolutely FREE. Get in touch via email at Holly@MickeyTravels.com or calling 954.401.9577. Also, make sure to CLICK HERE to follow along with my Facebook page for all things Disney and giveaways!