Fun Holiday Gift Ideas for the Disney Lover in Your Life

Okay, you still have more than two weeks of shopping until Christmas. And believe me, your situation could be worse.

My mother asked for a Dan Buettner recipe book this year. She didn’t know it, but she effectively asked me for a Tickle Me Elmo circa December of 1996. That book is sold out at places that don’t even sell books as a rule. 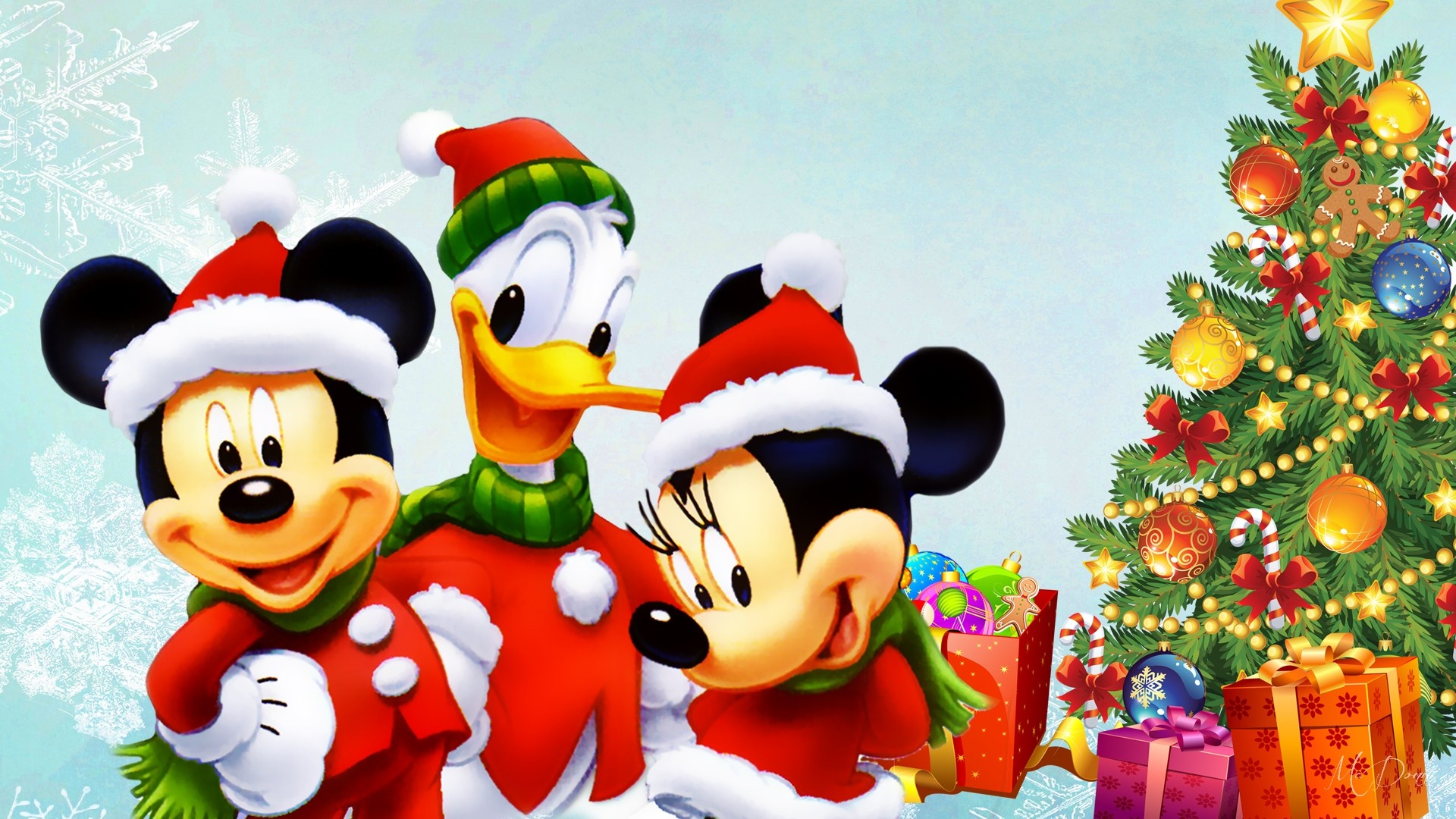 But I digress. The point is that I’m here to help you find the perfect presents for your loved ones. Here are seven gifts that the Disney fan in your life is sure to love.

When people shop for the holidays, they tend to overlook one important fact. It’s December; it’s freezing outside. People have physical needs, and one of the main ones is warmth. 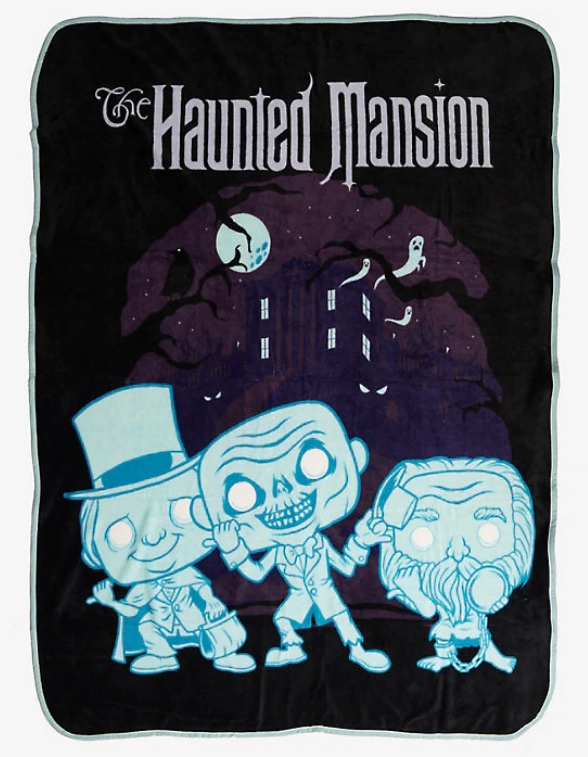 Well, Disney fans can kill two birds with one soft, fluffy stone. You can check off the Haunted Mansion fan on your list by giving them a blanket. It’s a 48” by 60” throw that will do more than keep someone warm.

It will also entertain them due to the faces on the front. This blanket shows the faces of Hitchhiking Ghosts. It’s adorably kawaii but functional due to its fleece material. 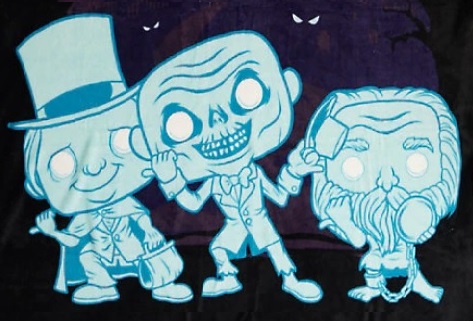 I’m an unapologetic Funko fanatic. I love the way that Pops look on my shelves, which explains why I’ve almost compulsively picked up dozens of them.

Over the holidays, I like them even more, because Funko Pops work wonderfully as stocking stuffers. They cost about $10, and virtually everyone can find a Pop that pleases them.

Pops run the gamut from sports to movies to cartoons to music artists. But the best ones involve Disney. One of them even circles back to the previous discussion.

Funko’s created a Haunted Mansion Groundskeeper Pop. While I’m slightly disappointed that it’s just him and not the terrified dog, the expression on his face makes this one worthwhile. 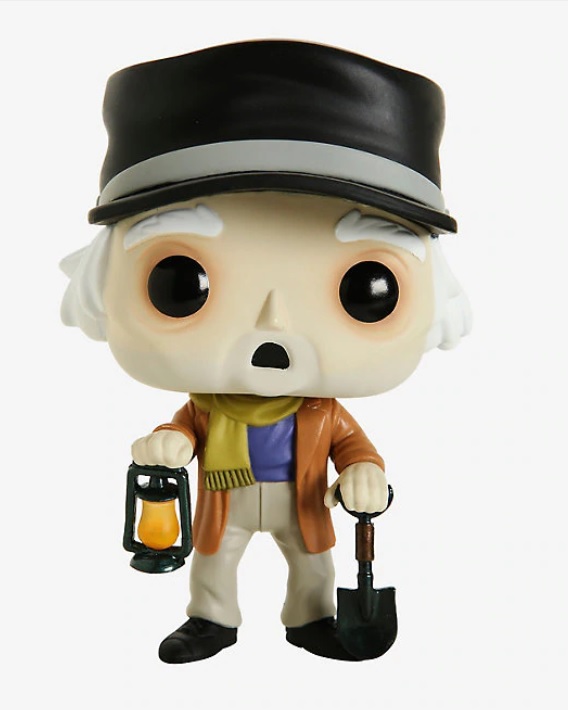 I’ve mentioned a few times that I adore the fragrant scents that Disney pumps into its theme parks. Whether it’s the Main Street Bakery or a beach during Soarin’, those delicious smells remind me of Disney more than anything else.

For this reason, I’m always searching for anything that mimics the scents from the parks. My latest discovery is this electric candle warmer. 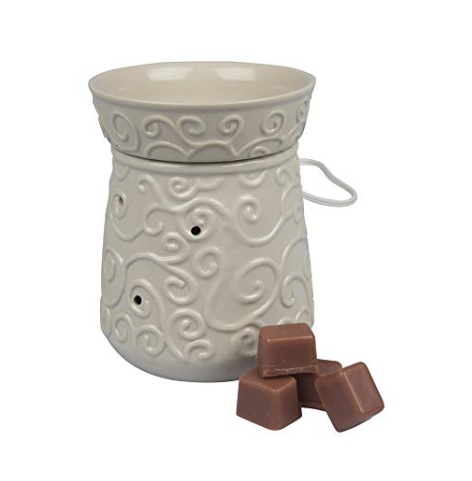 On its own, the appliance isn’t very useful. However, when combined with the right wax melt, it magically recreates those lovely aromas.

The website I linked is far from the only one that sells these melts. You can even find them on Amazon. The melt packs usually come in blocks of six. That’s about a 10-day supply when you leave the candle warmer running most of the time. Experiment with the packs to discover your favorites. 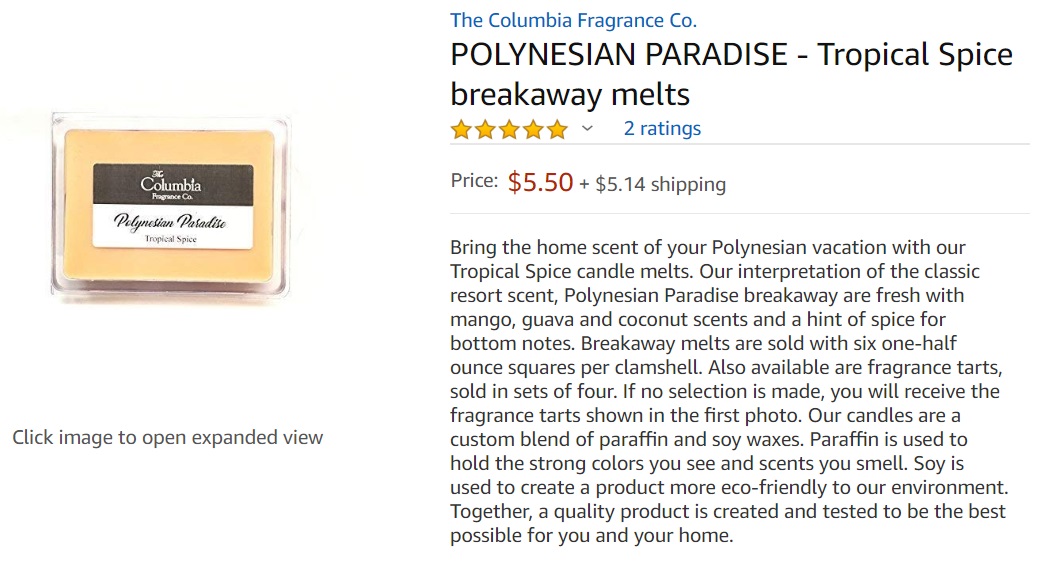 Okay, I’m going to make two confessions here. The first is that I’m a shameless fan of professional wrestling. I’m well aware of the flaws, but I’ve got a nephew who adores it. I watch so that I’ll have something to talk about with him. And I might watch anyway. A lot of it is fun.

My second confession is that this idea isn’t mine. One of my favorite wrestlers is Candice LeRae, someone who might love Disney more than I do. She once wore specialty tights styled after Haunted Mansion, and she married her husband at Disneyland. 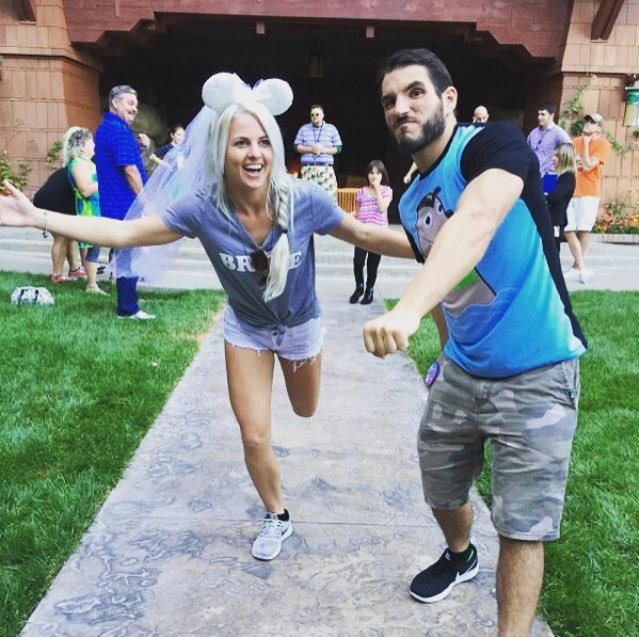 Well, the other night, LeRae wrestled in her match but returned later for a curtain call. By this point, she’d changed from her wrestling gear to her comfort clothes. My wife and I engaged in an extended debate about what her t-shirt said because her long hair blocked part of the writing.

Eventually, we realized that her shirt said, “I’m Done Adulting, I’m Going to Disney.” It’s perfect, and we can all relate to the message. This Etsy store seems like the hub for the entire line of Adulting/Disney shirts and other gear. I don’t know what you’ll get for the Disney lover in your life, but I’m asking for one of the shirts and a mug. 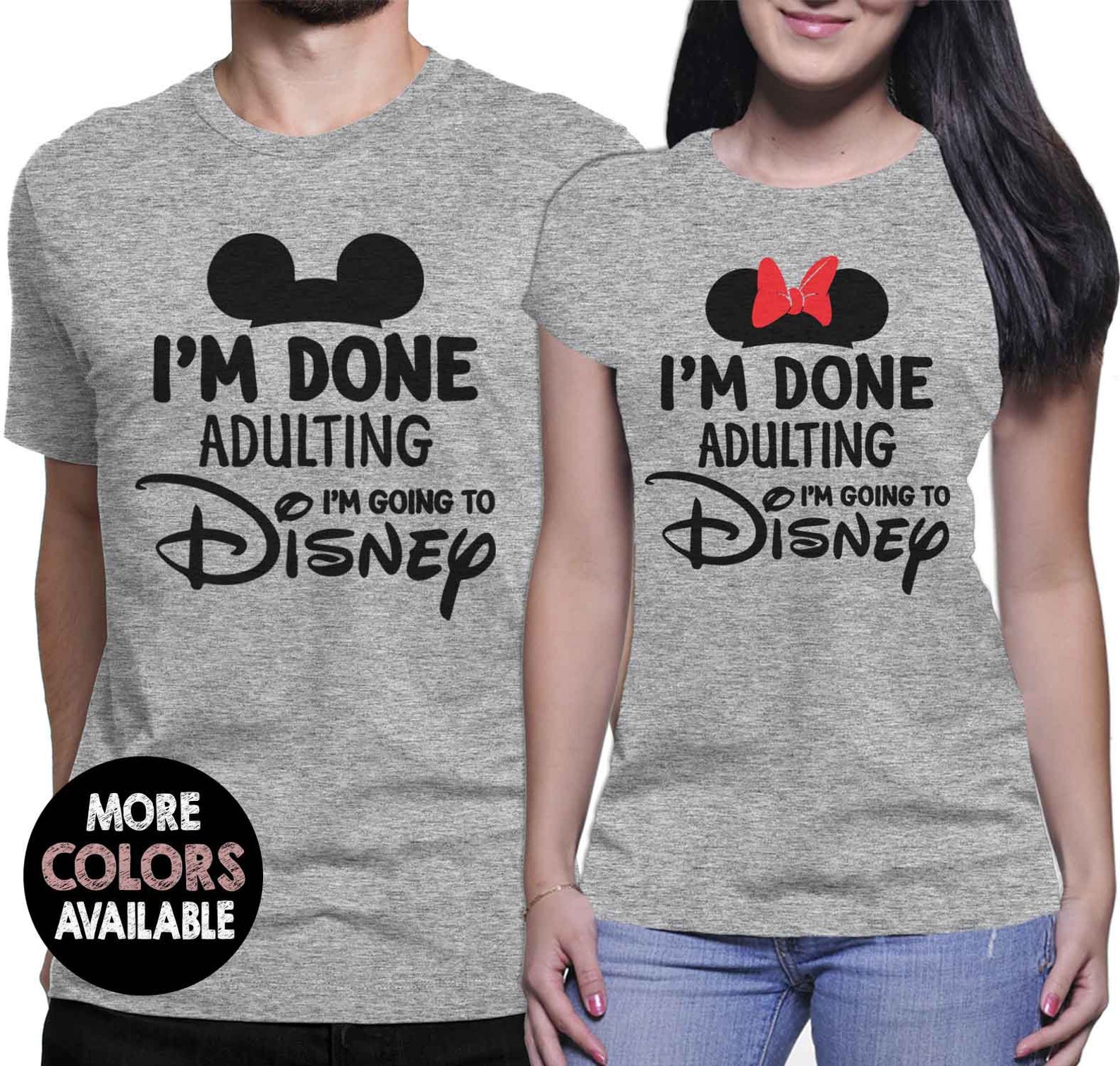 Happily Ever After Liquid Lip Bundle

I’m a boring straight guy who was never in a rock band, so I know little about lipstick. However, my wife’s not just an expert on femininity but also the oldest of four sisters. She’s a de facto expert on the subject plus the most passionate Disney fan that I know. I trust her to identify the best Disney gifts.

Here’s what I can say about the product I’m recommending. ShopDisney sells the Happily Ever After Midnight Masquerade…thingy. It’s got a super-long name. Anyway, it’s set of liquid lipsticks, each of which is modeled after a Disney Princess. And I suspect that this gift is quite desirable. 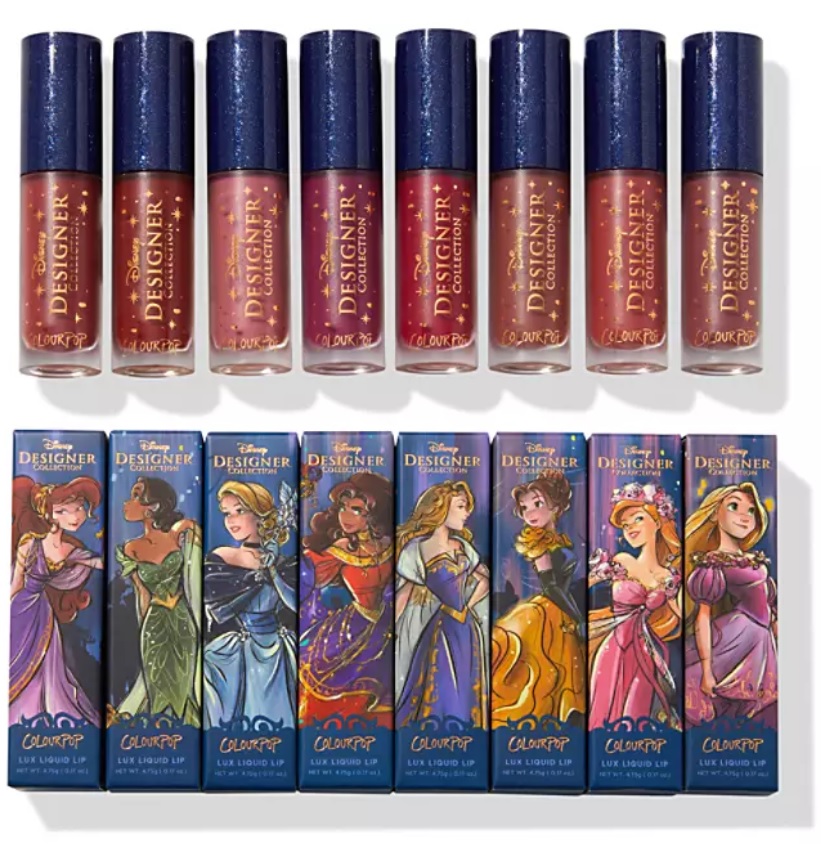 I say this with confidence because my wife found this gift while shopping for my niece. Then, she fell in love with it so much that she debated keeping it for herself. I haven’t had the courage to ask what she chose.

There’s a real chance that my family has bought two of these so far. So, they don’t just have my wife’s appreciation. They also have her I WANT THAT, the ultimate stamp of approval. 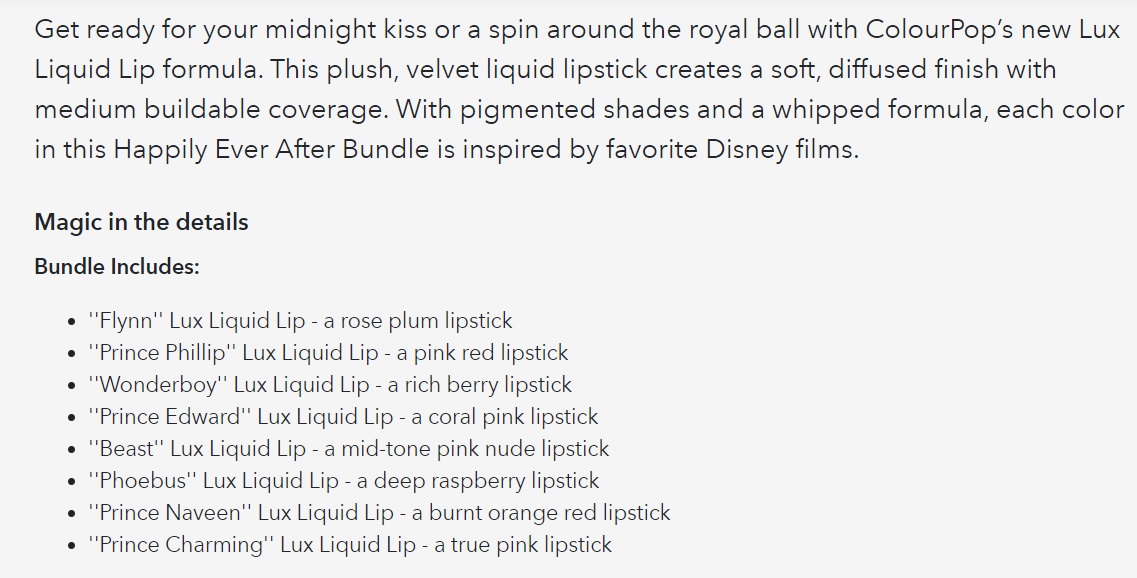 I’ve suggested gifts here for three straight years now, recommending roughly 100 products. Out of all of them, a toaster is the most practical and admittedly boring one to date. However, I feel pretty strongly about this one.

When I’m not lazily grabbing takeout, I prefer ham sandwiches and potato chips for lunch. Hey, don’t judge me. Unless you’re a chef with a Michelin Star, your lunches are probably dull, too. 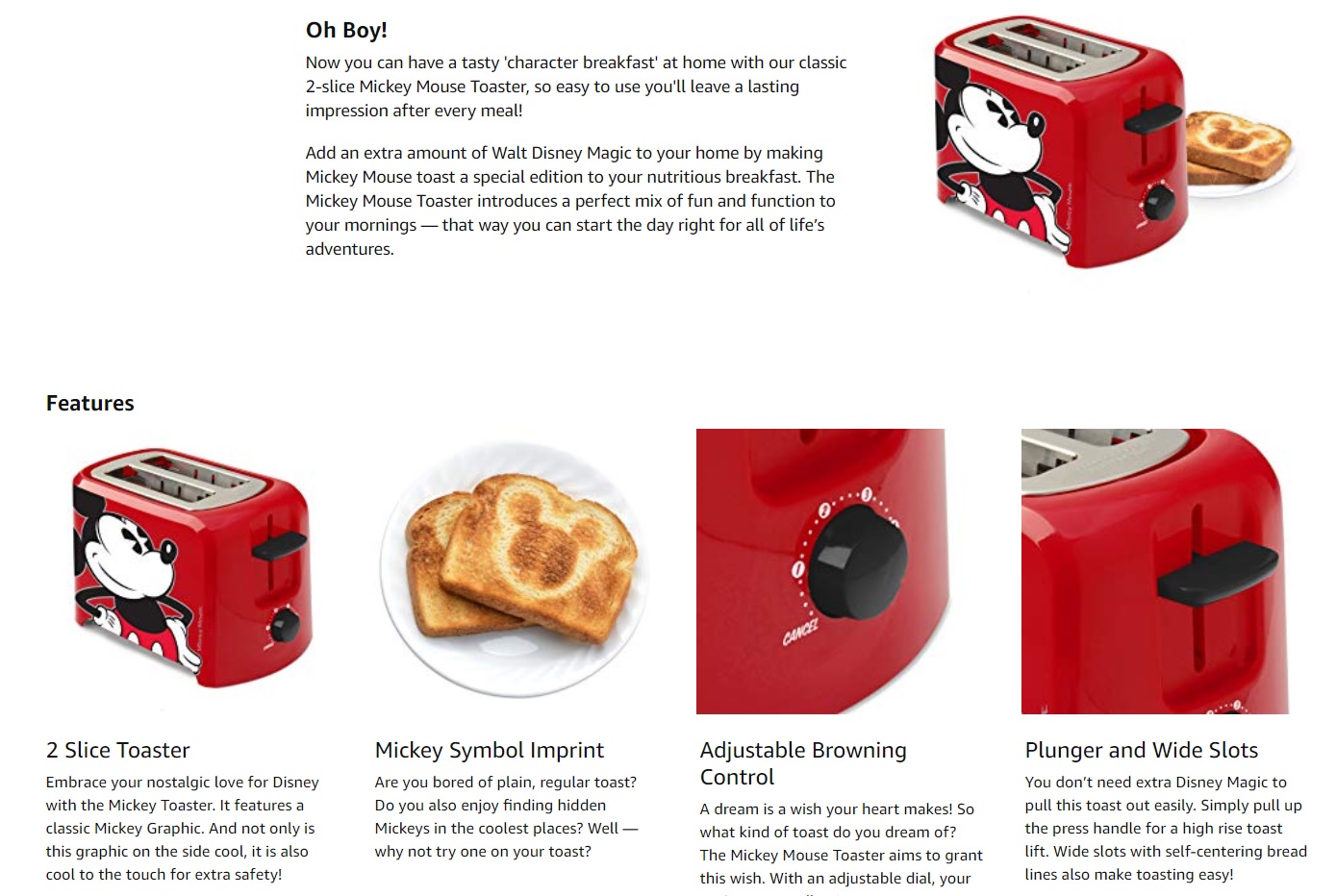 To jazz my sandwiches up, I bought this toaster. Now, every meal comes with (not so) Hidden Mickeys on my bread. It’s just a little slice of Disney fandom, pardon the pun, that brightens my day. I’m a fan, and I believe that parents with small children will particularly get a kick out of this toaster.

A Trip to Walt Disney World

Disney will introduce new attractions throughout 2020. Mickey & Minnie’s Runaway Railway and Ratatouille will grab most of the attention, but the two rides at Star Wars: Galaxy’s Edge are still brand new as well.

Combined with the new stuff at Toy Story Land, by June of 2020, Walt Disney World will have added six significant attractions in two calendar years. In other words, you need to get to Orlando. The best part is that you can win Christmas by giving this trip as a gift!

Get your family together and present a package of Disney admission tickets and a hotel reservation! It’s simple to do and guarantees that maintain your status as hero/heroine of the family until the vacation arrives!

The best part is that you don’t need to do anything. The highly skilled agents at MickeyTravels are happy to take care of all your vacation needs.

You won’t have to do anything, and their service is free to you. It’s the easiest AND best gift that you can give to the Disney lover in your life. It’s even a great gift to give yourself. You deserve it, right? 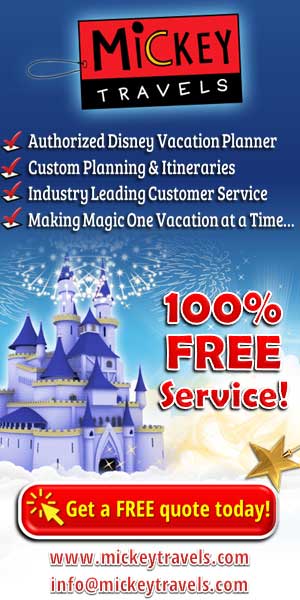