Are You Watching Agent Carter On Disney+?

I was heartbroken when Agent Carter was canceled and went off the air. But these days — especially if it’s an ABC or Disney property — “canceled” doesn’t have quite the sting.

Disney+ took care of all of that.

Over on the Marvel mothership, Rachel Paige recently posted:

7 Reasons You Need to Be Watching ‘Agent Carter’ on Disney+ 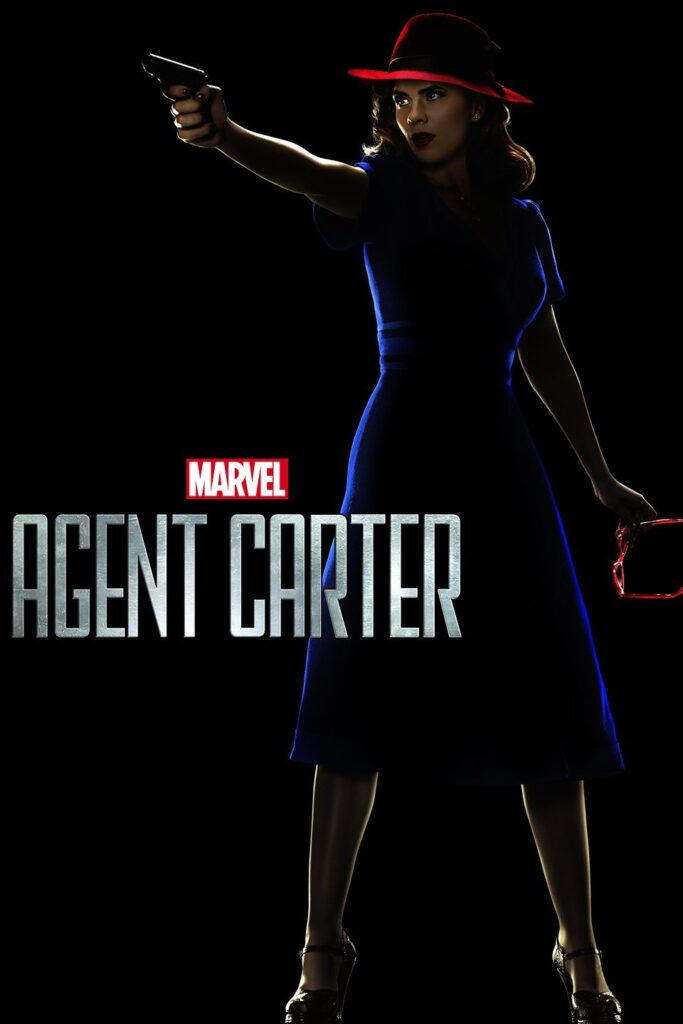 And heck, we know her value, too.

With a giant Disney catalog now at our fingertips with the release if Disney+, it’s time to dive into some shows you might have never seen — or even some shows you watched, loved, and now need a reason to-rewatch. A perfect candidate for your next binge should be Agent Carter, which ran for two seasons on ABC between 2015 and 2016, and dived into Agent Peggy Carter’s story after the events of Marvel Studios’ Captain America: The First Avenger.

We all know that Steve Rogers went into the ice, and seventy years later he came out of it to find a whole new world. But what about Peggy? We know — thanks to the films in the Marvel Cinematic Universe — that Peggy would go on to later be one of the founding members of S.H.I.E.L.D. But before even that, she had to work her way up through the ranks at the Strategic Scientific Reserve (SSR), while also trying to balance life in the 1940s as a single woman in New York City, and later Los Angeles.

With only 18 episodes in total, Agent Carter is a perfect weekend binge…

And here are my top three reasons to re-watch Agent Carter (as co-opted from the article): 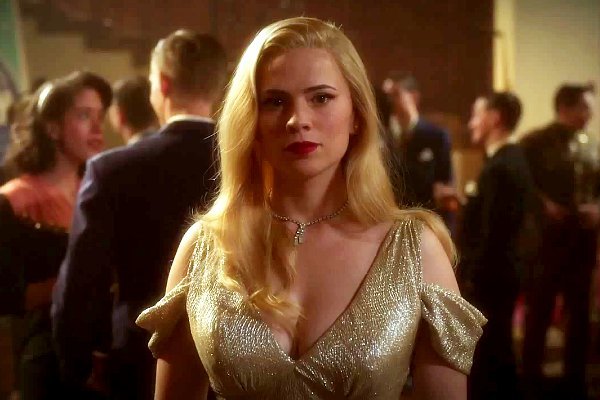 When the show premiered in 2015, Atwell had already popped up in a few other Marvel Cinematic Universe Movies, but none of them really dived into Peggy’s own story. With Agent Carter, we were now seeing her live and work day-to-day in the city, rounding out the character so much more.

Captain America isn’t there, but he’s still always there 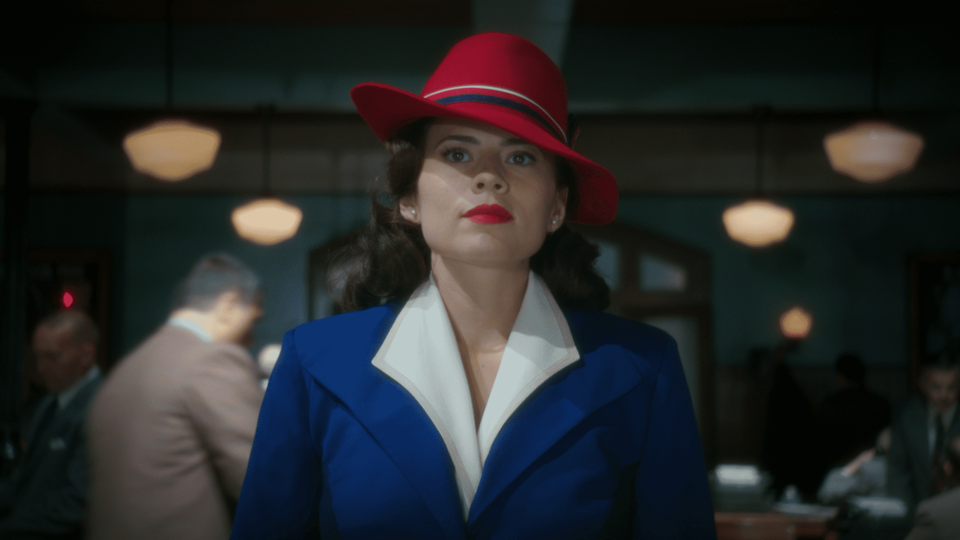 Though Cap is gone (he’s currently in the ice), he is still very much felt throughout the whole series, especially the first season. Peggy tries to grapple with her feelings about him, and the fact that they never got their dance together. However, she finally lets him go — like, literally, lets him go — after a vial of his blood turns up and it could be used for more super serum in “The Blitzkrieg Button.” Peggy decides not to keep it (and further, no one else should be able to use it), instead tosses the vial into the water. She’s finally accepted this loss and she’s moving on with her life. 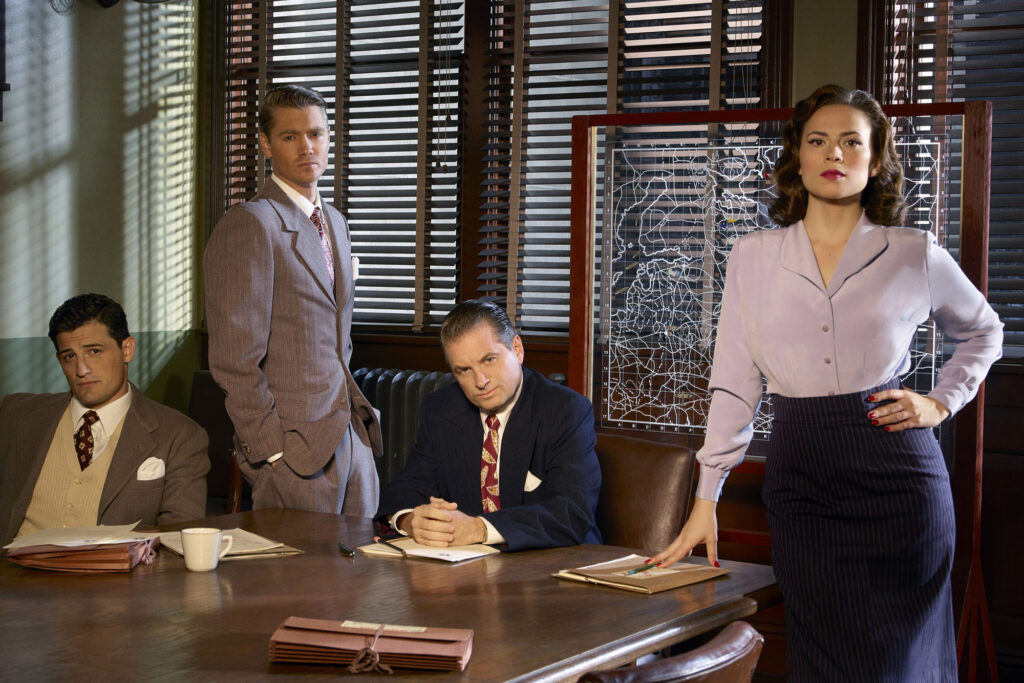 There’s a reason you constantly see Peggy Carter cosplay at conventions across the world because her looks from the show are amazing. The first episode of the series sets the bar really high with Peggy’s now-iconic blue skirt and blazer, with accompanying red hat. From there her costumes only got better (and we wanted them more), as Peggy also donned pants a few times, too — something unheard of for women at the time! Which Peggy look is your favorite?

And my own reason to watch Agent Carter – when the end of Avengers: Endgame comes around, we know exactly why Cap ends up where he does.