A new Rise of the Resistance commercial has revealed new details about the highly anticipated attraction.

Since Galaxy’s Edge opened earlier this year, guests have been awaiting the arrival of Rise of the Resistance. After viewing this new footage of the upcoming attraction, we are ready to get in line now!

Rise of the Resistance Details

The new Rise of the Resistance attraction will actually combine four ride experiences.

Guests will join forces with the Resistance and are put into the midst of a battle between the First Order and the Resistance. The new recruits (riders) will be captured aboard a Star Destroyer, break out of a First Order detention cell,  and escape Kylo Ren before returning back to Batuu.

Once inside, riders will step off a Resistance intersystem transport ship onto a Star Destroyer where they’ll be broken into smaller groups and thrown into a jail cell. All the while, First Order officers will be heard saying things like, “Move along, Resistance scum.”

The detention cell will be similar to the room where Kylo Ren questioned Resistance pilot Poe Dameron in “The Force Awakens”. Kylo Ren will now question the imprisoned riders before everyone manages to escape from the detention cell. 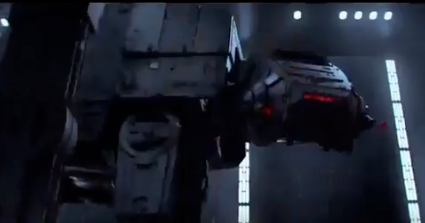 Once escaped from the cell, 16 riders will board a pair of 8-seat ride vehicles and continue through the dark ride portion of the attraction.

The New Rise of the Resistance Commercial

Take a look at the new Rise of the Resistance commercial below.

Rise of the Resistance will open on December 5th at Disney’s Hollywood Studios in Florida and on January 17th at Disneyland Park in California.
Dreaming of a Disney Vacation? Get free help from an expert! Simply fill out the form below for a FREE QUOTE and all the best Disney insider tips. For more information, you can also contact me at mnugent@mickeytravels.com, follow me on Facebook, or call (716) 393-8806.  As a Travel Agent with MickeyTravels (a Platinum-Level, Authorized Disney Vacation Planner), I offer a full range of complimentary planning services for all Disney Destinations (Disney World, Disneyland, Disney Cruise Line, Adventures by Disney, Aulani). Let’s make your Disney dreams come true today!
Share