Anna, Elsa, Kristoff, Olaf, and Sven return. However, even as they bask in the comfortable every day of post-apocalyptic normalcy, each of them remains antsy. Anna, in particular, remains fearful of what lurks behind the corner, in the darkness, or the forest. Kristoff looks to establish some roots. Olaf’s turned Yoda.

And Sven, well, he’s Sven. “Reindeer are better than people…”

But Elsa, much to Anna’s chagrin, is restless. For the ice queen, the call of the north is beautiful and palpable (as voiced by Norwegian artist, Aurora).

Therein lay the plot of this fascinating — if not meandering — follow up to the bar-raising, mold-breaking Frozen.

The Second or Third Act?

Now, mind you, creating a universe where there was none is hard, and I’d love to say that Frozen II’s prequel in a sequel in the middle act of what could be four films works perfectly. I can’t.

That said, Frozen II is epic in scope, gorgeous, more Lord of the Rings or Star Wars or Harry Potter than a fairy tale, and enjoys a breadth that makes me believe there’s a four hour cut of the movie.

Jennifer Lee, collaborator Chris Buck, and the songwriting duo of Kristen Anderson-Lopez and Robert Lopez constructed a story and a soundtrack that envelopes the original film in lore. And while it might not necessarily stand on its own, Frozen II will guarantee repeated viewings of its own, as well as a return look at its progenitor.

Moreover, Frozen II creates a desire to don a thick sweater, look up Norwegian legend, hunker down in Anna and Elsa’s digs in Epcot, and hug your loved ones.

Not All Little People Will Love

It is fun, with Broadway-style digressions, and one would-be 1980’s type music video. There are plenty of laughs to be had among the legend-making. And, let’s just say it, the movie establishes Elsa as a superhero, even down to the pose.

However, a word about content, especially for Mom and Dad.

At one hour and 43 minutes, and after about 10 (mostly awful) previews, this movie bogs down in spots. Moreover, it is MUCH darker than Frozen, with moments of heart-wrenching sadness and over-the-top peril. While none of the youngsters in my viewing bolted, tears were brewing in this 44-year-old, and I was not alone.

Worth A Repeat Viewing 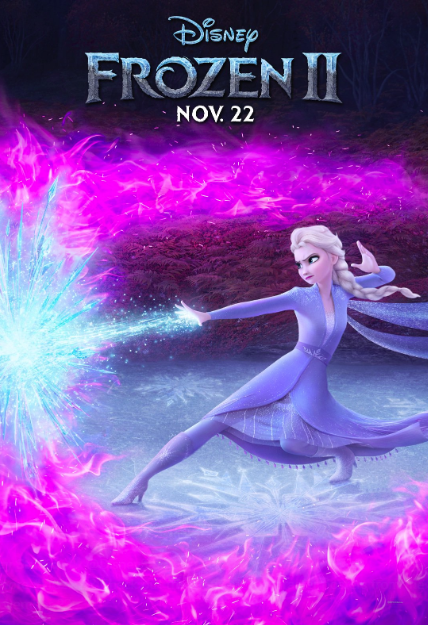 In terms of my movie-going, the twists and turns of this film really resemble the Empire Strikes Back with a bit less of a cliffhanging ending (and no permanent loss of appendages).

All in all, this was one of my top moviegoing experiences of 2019. I’ll be back to see it again, soon.