Thanksgiving dinner is eaten, the dishes are done, and it’s time to settle in on the couch…but what to watch? I know just the thing! “The Wonderful World of Disney: Magical Holiday Celebration” kicks off the holiday season on ABC on Thanksgiving night from 8:00-10:00 p.m EST. This amazing two-hour prime-time special is being hosted by artist Matthew Morrison, singer-songwriter and TV host Emma Bunton, and TV host Jesse Palmer from Cinderella Castle at Walt Disney World Resort in Florida and Sleeping Beauty Castle at Disneyland Resort in California. And to top it all off, we have sneak peek photos to share of the hosts, artists, and performances!

This magical celebration will feature celebrity musical performances among a flurry of Disney holiday entertainment. During the show, viewers will be treated to several Disney Parks sneak peeks, including a behind-the-scenes look into Star Wars: Rise of the Resistance, opening in Star Wars: Galaxy’s Edge on Dec. 5, 2019, at Disney’s Hollywood Studios in Florida and Jan. 17, 2020, at Disneyland Park in California. 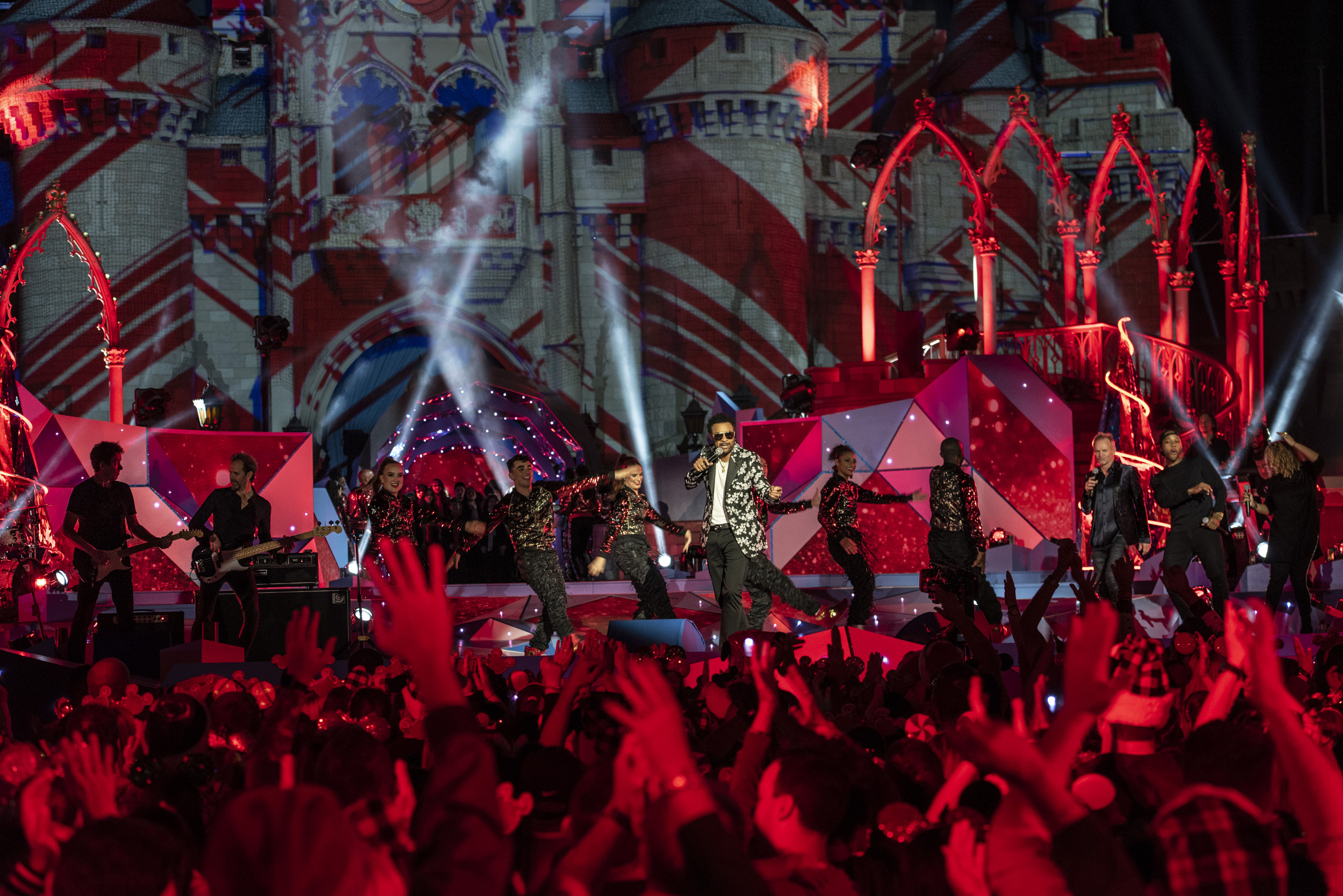