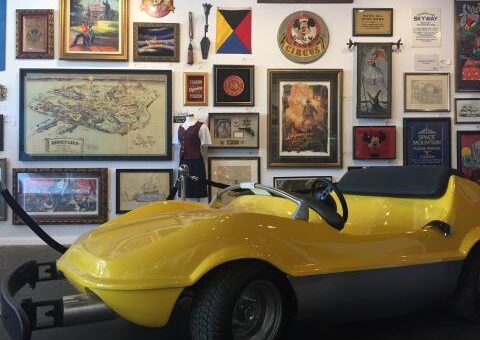 Already underway, and prior to a December auction, a rare exhibition of Disney artifacts — including Walt Disney’s original planning documents — is currently housed at the Van Eaton Galleries.

Van Eaton Galleries is proud to present A History of Disneyland & Walt Disney World, an exhibition and auction event from November 12th to December 8th. This auction is our largest ever, containing over 1500 items from the history of Disneyland and Walt Disney World. Highlights from this collection include a WED Imagineering file copy of the 1953 Disneyland Prospectus, an original animatronic Small World Doll, a PeopleMover ride vehicle, the original Penny Arcade sign, and singing animatronic tiki birds from the Enchanted Tiki Room, as well as additional props, documentation, manuals, cast member attire, and countless other artifacts from the history of the Disney Parks. We hope you join us for the free exhibit leading up to this historic 2-day auction event on December 7th and 8th!

The collection also includes original documents from the parks’ founding, including a rare copy of Walt Disney’s original pitch for financing the Disneyland park, containing descriptions and a hand-colored map of what Disney expected the park to look like.
“The auction offers the excitement of very rare items never sold before at auction, but also evokes a sense of nostalgia and sentimentality for those artists and performers whose work defined our popular culture,” Mike Van Eaton, co-founder of Van Eaton Galleries, said in a statement. “We are honored to be able to offer such remarkable items to fans and collectors around the globe.”
Early documents will be auctioned off alongside whimsical theme park props, ride vehicles, art, and iconic set pieces. 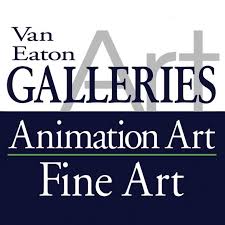 Broadway World added:
Highlights include an extremely rare studio file copy of Walt Disney’s first pitch documents for financing Disneyland park. It includes some of Walt Disney’s earliest descriptions of what Disneyland would be, as well as a hand-colored map that showed what his park might look like…
“Disneyland will be based upon a dedication to the ideals, the dreams, and hard facts that have created America. And it will be uniquely equipped to dramatize those dreams and facts and send them forth as a source of courage and inspiration to all the world.” – A statement from original Disneyland documents used for initial financing.
So, tell me: Are you going to put in a bid?