Marvel’s Lorraine Cink is one of my favorite web personalities. When she tweets, this guy pays attention.

For those of you who know my obsession with this insane old cartoon, here is what you need to know: https://t.co/OcyD85MoyK

Over on Marvel.com, TJ Dietsch wrote:

Modern fans know Spider-Woman as a one-time Hydra operative turned hero with a complicated past who eventually joins the Avengers. But, that’s not exactly the character fans met when the Spider-Woman cartoon debuted in 1979.

Jessica Drew first appeared back in 1977’s MARVEL SPOTLIGHT #32 and owes her incredible powers to a spider-infused procedure that her father, Dr. Jonathan Drew, developed to stop radiation poisoning she had absorbed after he moved the family to Mount Wundagore. 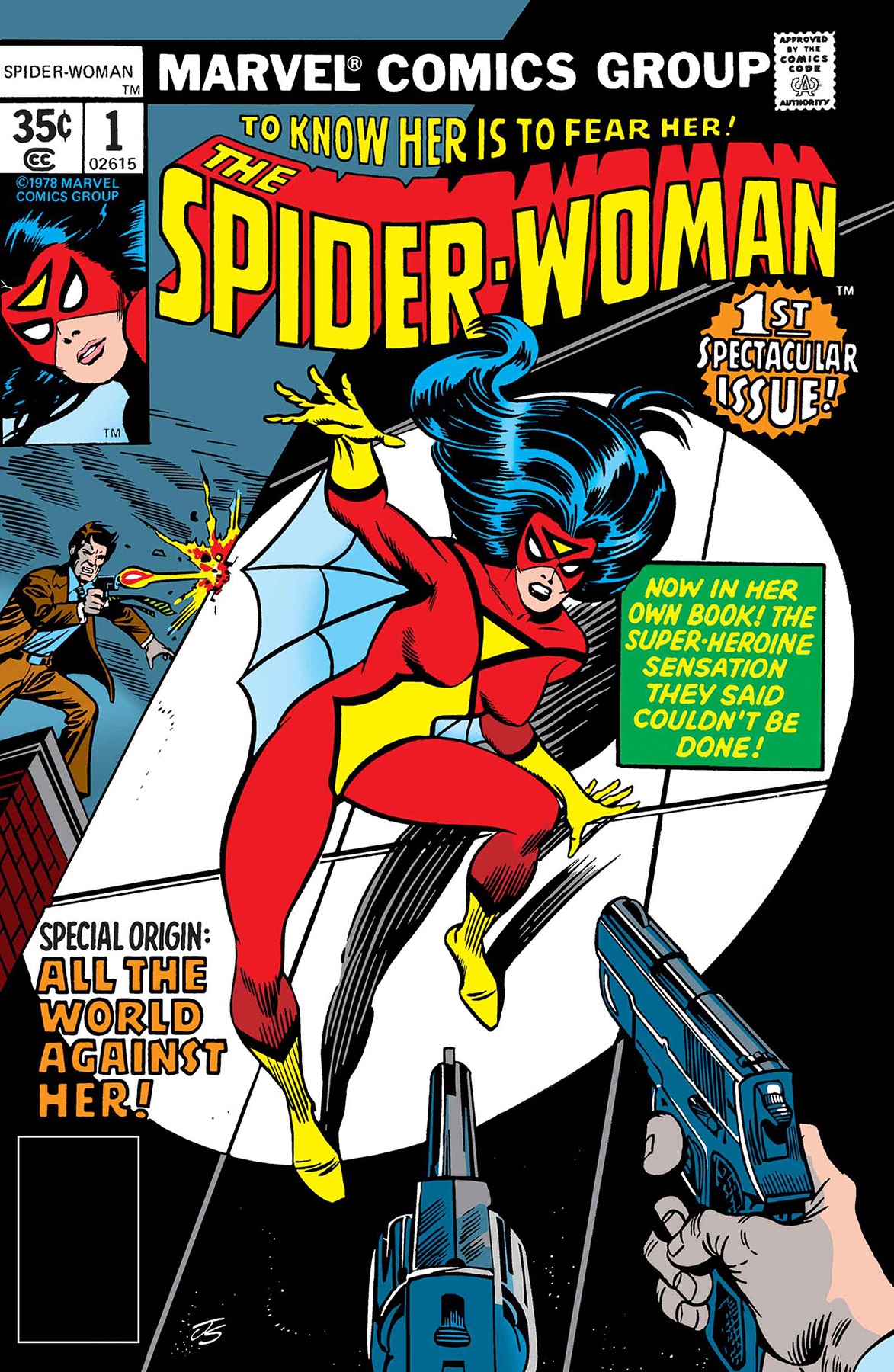 Two years after her comic book debut, Jessica became the first female Marvel hero to headline her own animated series when Spider-Woman premiered. Though the series only lasted one season, it left a lasting impact.

Honestly, I had no idea. But my favorite Marvel Cartoon was Spider-Man And His Amazing Friends, which ran just a few years later.

For three seasons, from 1981 to 1983, an animated cartoon did its best to fill a void fans didn’t even know they were missing with Marvel — and the premiere of Spider-Man and his Amazing Friends changed all that. Even though the series only consisted of 24 episodes in total, it left a lasting impression on viewers which still exists to this day. For many, it was their first introduction to Spider-Man as a character, let alone Marvel as a whole!

With the now streaming on Disney+, this is an excellent opportunity for fans — both young and old — to introduce themselves to arguably its most significant character (and his friends). Let’s examine why Spider-Man and His Amazing Friends is an excellent jumping-off point for anyone looking to stream some of Marvel’s animated series from yesteryear.

As Seen On TV

The TV Spider-Woman has a rich history and backstory:

The Marvel Comics Animation series ran for just one season on ABC from September 22, 1979, to January 5, 1980. Over the course of those five months, 16 episodes came out starting with “Pyramids of Terror” and ending with “A Deadly Dream.” Actress Joan Van Ark played the part of Jessica Drew and her heroic alter ego Spider-Woman! She was joined by series regulars Detective Miller (Larry Carroll), her nephew Billy (Bryan Scott) and photographer Jeff Hunt (Bruce Miller).

The series also featured a pair of appearances by Spider-Man, who was voiced by Paul Soles (he also portrayed the webhead on the 1970 Spider-Man series). Meanwhile, Dick Tufeld, who famously voiced the robot on Lost in Space, recorded the opening narrations of this series, a role he also filled on the 1978 Fantastic Four and Spider-Man and His Amazing Friends cartoons!

As a child, young Jessica was bitten by a poisonous spider while visiting her father’s lab. To try and save her life, he gave her Spider Serum #34. This gave her the ability to stick to walls, fly, and shoot webs and electrical Venom Blasts from her hands.

She also exhibited a Spider-Sense that alerted her to dangers near and far. Now an adult, Drew runs Justice Magazine as the editor, but can quickly change from her civvies to her crimefighting togs with a spin. She often uses the magazine’s resources to get her closer to the action, while also covering her secret identity.