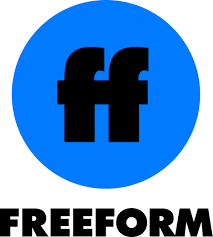 We may have just hit the winter holiday season but Freeform is already prepping for Valentine’s Day! They just announced that a new romantic-comedy film is in production called “The Thing About Harry”. It is filmed in Chicago and set to premiere in February.

The network’s first Valentine’s Day feature, from director Peter Paige (“Good Trouble,” “The Fosters”), will tell the story of high school enemies, uber-jock Harry and out-and-proud Sam, who are forced to share a car ride to their Missouri hometown for a friend’s engagement party on Valentine’s Day. Things take a turn when Sam learns Harry has come out. Stuck spending the night together in a roadside motel, Harry and Sam begin to develop a deep friendship—with neither admitting a potential romance may be brewing—leaving them wondering if one road trip could change the rest of their lives.

Jake Borelli (“Grey’s Anatomy”) will play Sam, a handsome, funny, neurotic, intelligent young gay man who combines a scathing wit with an overly idealistic worldview. Sam came out when he was still in high school, something that took a lot of courage in his small Missouri town, but was constantly bullied. Newcomer Niko Terho will portray Harry, an emotionally uncomplicated, promiscuous player who has always left a string of broken hearts in his wake. Under the surface, Harry actually yearns for love, family and stability, but the thought of commitment still terrifies him.

“It’s been an honor to partner with Freeform in making great television with LGBTQ+ characters as leads. True equality can only be achieved when you see yourself reflected in the movies, music and stories that paint our culture,” said executive producers Paige, Greg Gugliotta and F.J. Denny in a joint statement. “As young gay men in the 90s, whenever a rom-com opened, we would watch the leading lady fall in love, and imagine what it would be like if the boy was saying all those things to another boy. We’ve always wanted to make a movie—an unabashedly romantic comedy—that queer boys wouldn’t have to translate. It’s rewarding to take the genre to a new, all-inclusive level.”

“The Thing About Harry” is executive produced by Peter Paige, Greg Gugliotta (“Good Trouble,” “The Fosters”) and F.J. Denny. The film is written by Josh Senter and Peter Paige.