Cinderella Castle is glowing, Gaston is greeting guests, Morocco is racing, Space 220 has ejected its chef, and Disney+ is just around the corner. It’s a park-centric week for MickeyBlog News. Let’s bring you up to speed on the wide world of Disney.

One of the reasons why I love to visit Walt Disney World around Halloween involves the decorations. I’ll leave Magic Kingdom on one night, admiring the spooky Halloween designs everywhere. The following day, I’ll enter the same park and notice a giant Christmas tree on Main Street, U.S.A. 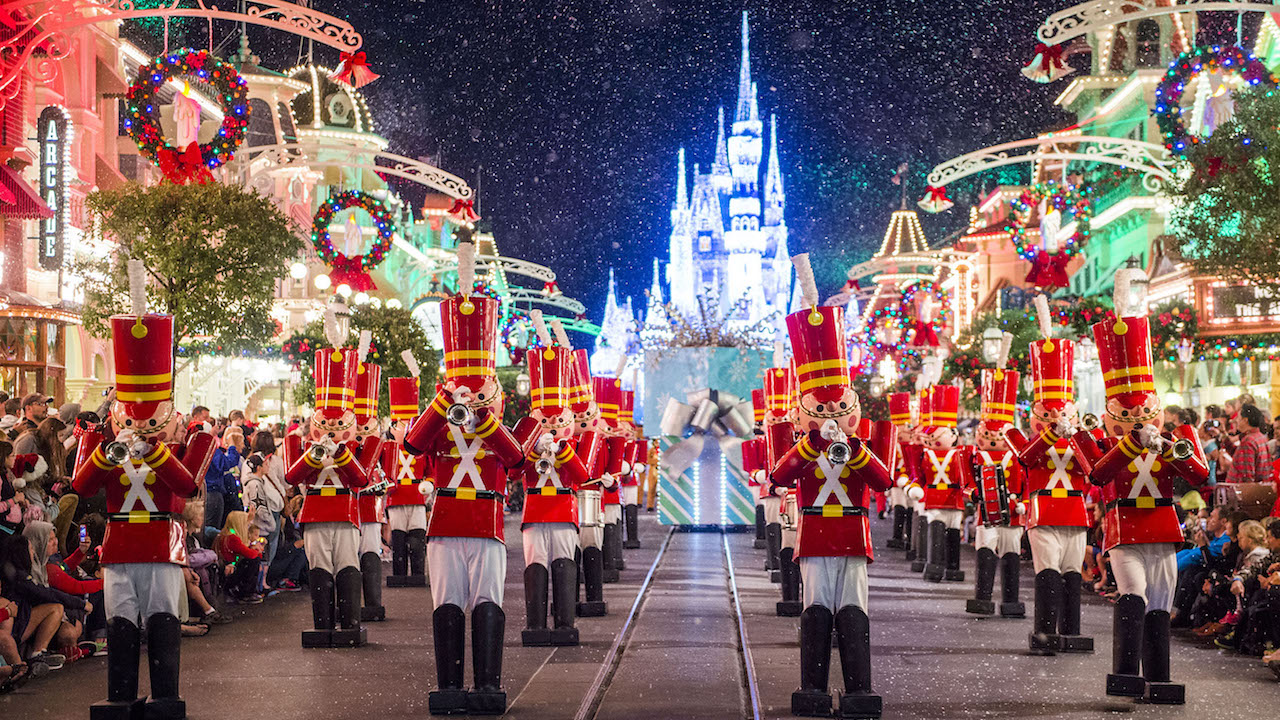 Each night, the park hosts A Frozen Holiday Wish, a show that stars Arendelle’s beloved royalty, Anna and Elsa. As of this past week, the show has begun. Each night, Disney will light up the darkness with a unique lighting presentation at Cinderella Castle. It’s absolutely breathtaking and highly recommended viewing.

Of course, Magic Kingdom isn’t the only place that Disney has already dressed for Christmas. Disneyland and the other Walt Disney World parks have many decorations on display, and several resorts are equally ready for the holidays. In particular, Disney’s Contemporary Resort has its gingerbread display open, and Disney’s Grand Floridian Resort & Spa will have its gingerbread house finished in a matter of days. 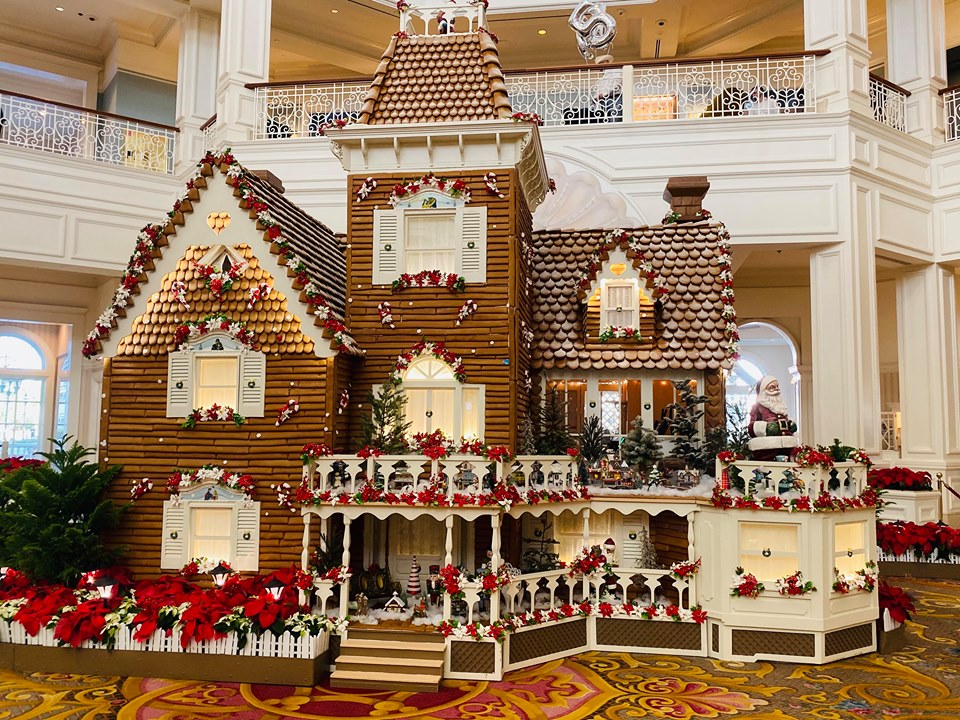 Speaking of Disneyland, one of its parks hosts a new show this year. Mickey’s Happy Holidays will run throughout the Disney Festival of the Holidays. It’s a Disney California Adventure character celebration that involves plenty of singing and dancing.

Disney characters and Holiday Toy Drummers will lead the festivities, enticing onlookers to sing along with classic holiday tunes. It’s a thrilling new event that will operate through January 6, 2020.

Don’t Worry. The Guy’s in Jail.

There’s no good way to transition for holiday cheer to felony assault. So, I’ll be blunt. An idiot is in jail right now after committing sexual battery. Some idiot got way too close to a costumed cast member in a Disney Princess costume. Then, the moron thought it’d be hilarious to grope said cast member. He used the crowd to prevent her from moving and then proceeded to cup her breast. 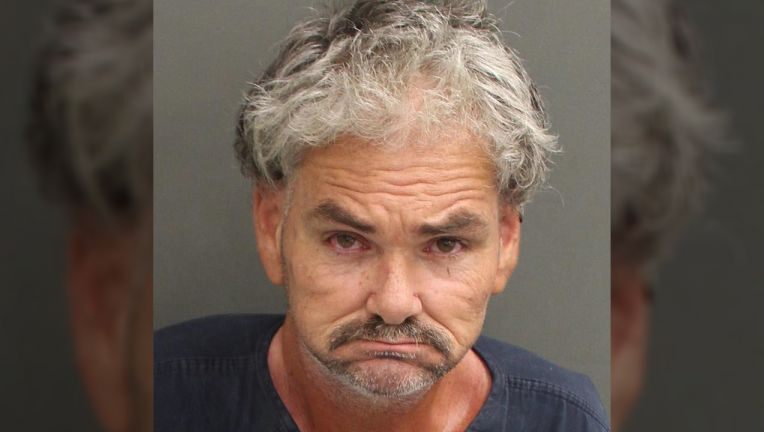 Yes, that’s illegal. And yes, the groper got arrested for it. Somehow, the story gets worse and stupider from there.

The assailant in this situation was already a registered sex offender from a 1991 incident. Someone married him anyway, and that person, his wife, was actually standing beside him when the alleged groping occurred. That dude’s totally getting divorced after this…after he spends time behind bars.

Since the 2017 D-23 Expo, Disney fans have excitedly anticipated the opening of a new space-themed restaurant at Epcot. Disney has worked with the Patina Restaurant Group to prepare this new eatery near Mission: SPACE. The process hasn’t gone smoothly, though.

As everyone knows by now, Space 220 has run behind schedule. It should have opened by now, but it’s suffered through several snafus. The latest one involves the menu. Patina has recently posted a new job listing for the restaurant…and a worrisome one at that.

Space 220 is currently seeking an Executive Chef. Nobody knows what happened to the last one, but it’s alarming that a place that was supposed to open over the next six weeks doesn’t have its head cook in place. 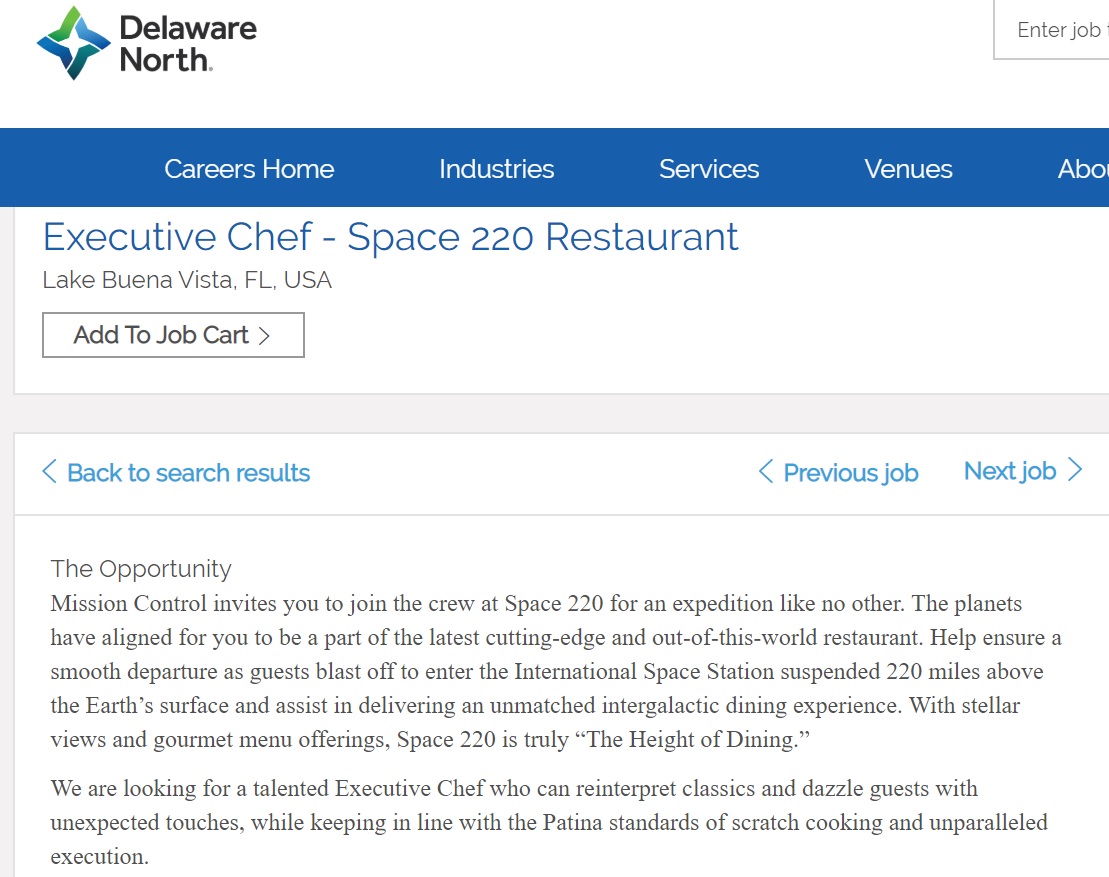 Of course, nobody should feel that bothered by this turn of events. The star of Space 220 isn’t the food. It’s the out-of-this-world experience of dining in the sky. The restaurant’s digital screens will simulate an outer space perspective of Earth. Also, Patina is the gold standard in fine dining. So, I’m sure they’ll find another brilliant chef in time for the restaurant’s opening.

Gaston Gets a New Look 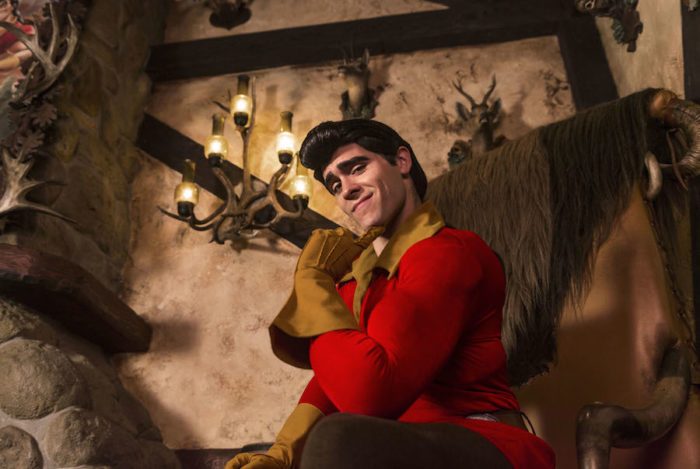 Admittedly, the changes are minor, as Disney’s not inclined to alter the substance of Gaston’s style. He’s already arguably the most popular male character greeting at the park (Mickey Mouse not included). A lot of tinkering isn’t needed to perfect the Gaston look.

The updates mainly reduce the size of his arms, reducing the comically over-the-top muscles to a more realistic size. He’s also in a more weathered outfit, hinting that he’s been out and about, presumably doing manly things. Gaston’s also been a bit more playful in his character greetings. You should head to the back of Magic Kingdom to see what Gaston will do to entertain you now. 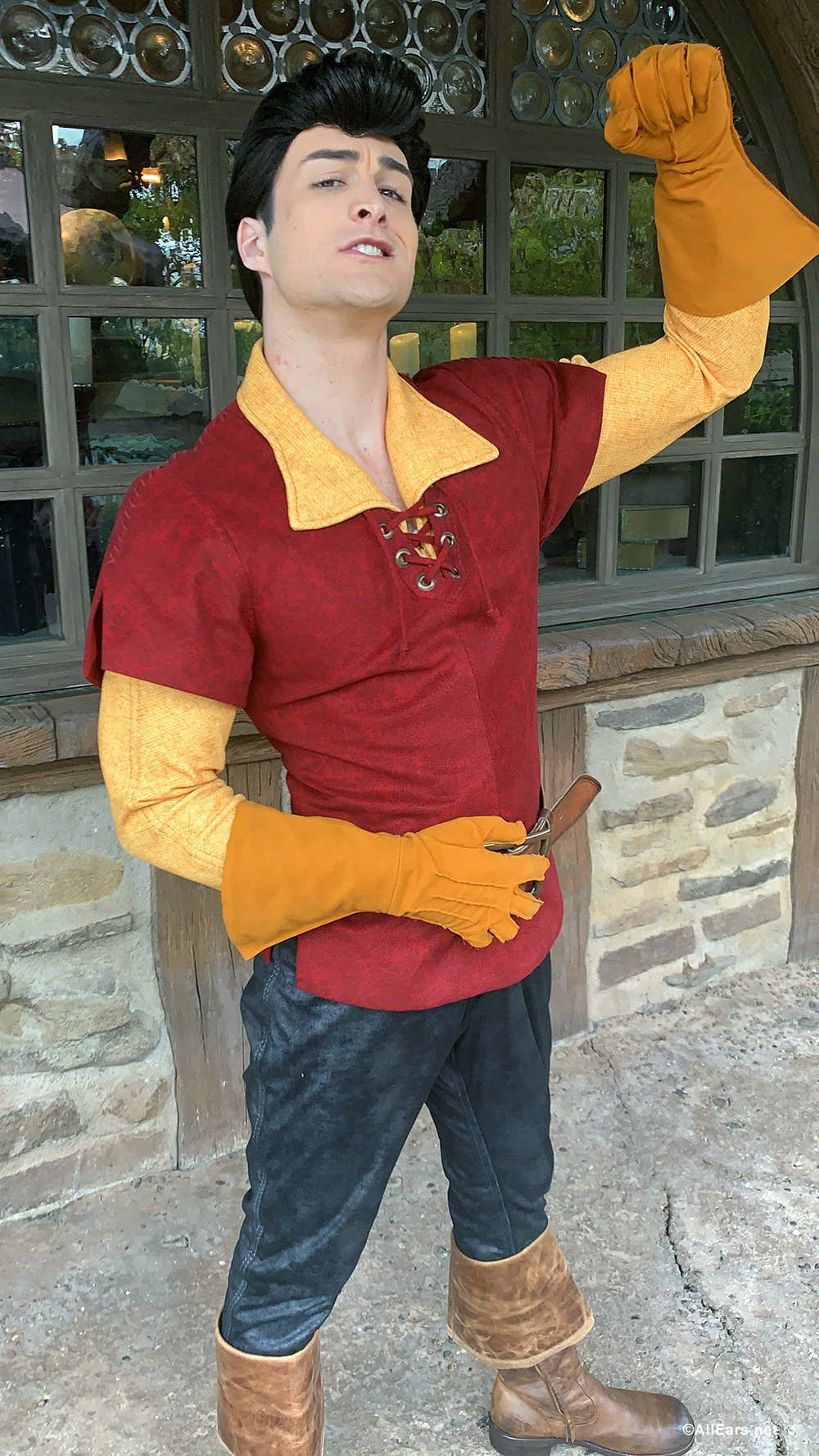 Fun Stuff at the Morocco Pavilion!

Epcot’s maintained the daily World Showcase since 1981. To keep things fresh, Imagineers sometimes introduce new exhibits at the international pavilions. The Stave Church gallery at the Norway pavilion and the Kawaii! Exhibit at the Japan pavilion are two of my favorites.

Not to be outdone, the Morocco pavilion has just introduced a new exhibit. The slogan for Race to the Sun states that it spans “ancient technique to modern competition.” In layperson’s terms, this presentation displays aspects of two competitive events. They are the Marathon of the Sands and the Rally of the Gazelles. 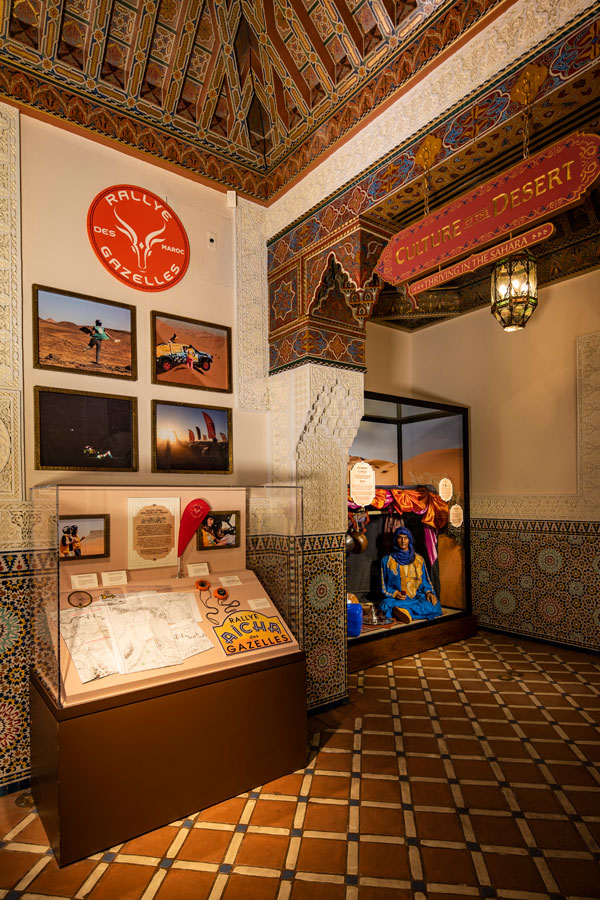 The imagery and memorabilia of Race to the Sun demonstrate what’s involved in these competitions. Maps of the event complement race gear and even trophies. History fans can also learn about the Berbers, the residents of the Sahara Desert several thousand years ago. It’s a perfect combination of modern culture and historical insights. You’ll definitely want to stop here during your next visit to the World Showcase.

We’re Only a Couple of Days Away!

The major Disney news of the moment technically hasn’t happened yet. Disney+ will finally debut on November 12th. With its arrival, the company will enter into full-fledged competition with Netflix and other over-the-top (OTT) streaming services. It’s the latest battle for the living room, although that term has become archaic.

In reality, Disney wants you to pick them for all of your streaming needs. Other services like HBO Max and NBCUniversal’s Peacock have a similar goal. Netflix currently earns more than $1.7 billion in monthly revenue from its service. Major content owners want to take a more significant cut of that money by operating their own apps.

Thanks to the Fox acquisition, Disney is best-positioned to challenge Netflix. The company’s goal is to build a large customer base in a short period, which explains why Verizon will give away Disney+ for free to many loyal customers. Disney’s also given its cast members the option to choose free Disney+ service instead of (some) theme park tickets.

Disney+ represents the most extensive company initiative that Disney’s had since the ABC/NBC purchase. So, its success is critical to the bottom line of your favorite company. More importantly to you, Disney+ will provide countless hours of entertainment for an extremely reasonable price of $6.99 monthly or $69.99 annually.

This week will be a ton of fun for those of us who love Disney movies, television shows, and cartoons. The proverbial Disney Vault gets unlocked once and for all on November 12th. 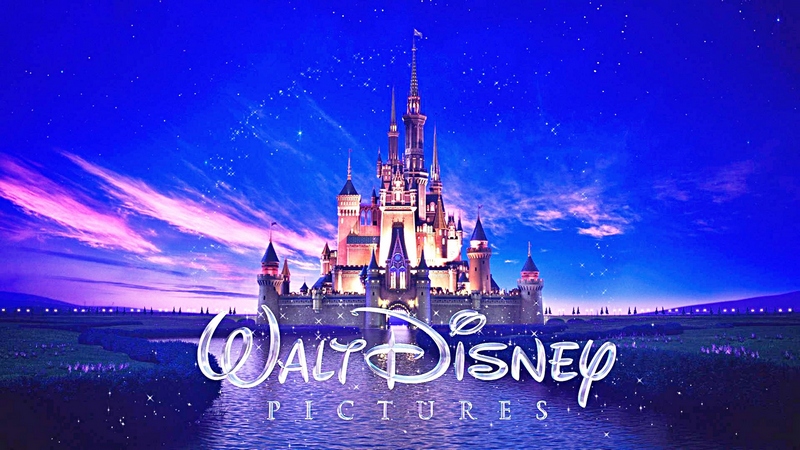