Hit the Christmas Tree Trail At Disney Springs With MickeyBlog.com

MickeyBlog.com is back on the search for Holiday highlights in and around Walt Disney World. Tonight, Greg Antonelle is in Disney Springs at the Christmas Tree Trail.

Check out the live video feed:

Coming to you LIVE from the Christmas Tree Trail at Disney Springs!

Posted by MickeyBlog.com on Saturday, November 9, 2019

Get in the yuletide spirit as you explore a winter wonderland where snow falls and holiday tunes fill the air. Make your way through a winding path lined with beautifully decorated trees inspired by some of your Disney favorites: 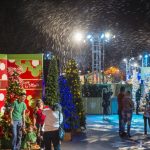 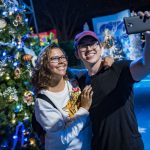 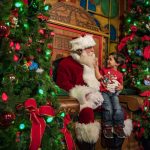 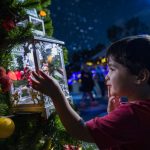 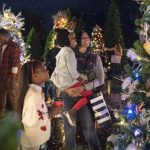 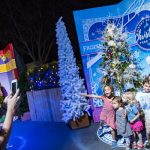 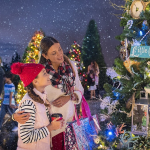 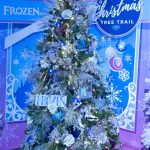 Santa’s daughter, Nicole Kringle (Anna Kendrick), is a perky young woman who’s full of energy and the joy of Christmas. However, her brother Nick (Bill Hader) doesn’t have the same feelings about the Christmas season. When he has to step into his father’s shoes as the new Santa, he’s not thrilled at the proposition.

Undaunted, Nicole helps Nick get ready by teaching him the tricks of the trade, such as how decide if a child is naughty or nice and how to descend chimneys. When he’s hurt falling down a chimney, and it becomes clear his stress level about being Santa is climbing, Nicole suggests that Nick should go on a weekend getaway. Nicks jumps at the chance, but when he doesn’t return, it creates quite the stir at the North Pole. Feeling responsible, Nicole goes on a rescue mission with her pet reindeer, Snow Cone, and Elf Polly (Shirley MacLaine), to find her brother so that Christmas can proceed as planned.

And Greg broke down some of the activity from in and around the theater:

Posted by MickeyBlog.com on Saturday, November 9, 2019