Panic! At The Disco releases song ‘Into the Unknown’ from the Frozen 2 soundtrack 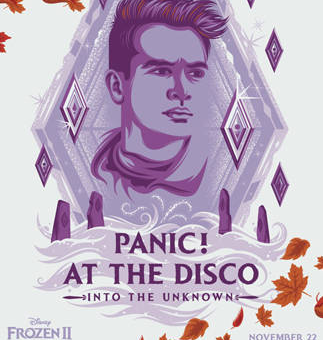 Panic! At The Disco have released ‘Into the Unknown’ as the very first song from the Frozen 2 soundtrack.

‘Into the Unknown’ is a soaring power ballad reminiscent of the hit ‘Let It Go’ from the first Frozen film. In the movie, it will be sung by Elsa (Idina Menzel) but Disney have enlisted Brendon to sing the cover version of the bop and it’s safe to say that it slaps. The song is about literally venturing into the unknown and Brendon’s vocals are the perfect match for the huge, operatic notes in the chorus.

Panic! At The Disco – ‘Into the Unknown’ lyrics

VERSE 1
I can hear you but I won’t
Some look for trouble
While other don’t
There’s a thousand reasons
I should go about my day
And ignore your whispers
Which I wish would go away, ah ah oh oh
Oh oh

VERSE 2
You’re not a voice
You’re just ringing in my ear
And if I heard you, which I don’t
I’m spoken for I fear
Everyone I’ve ever loved is here within these walls
I’m sorry, secret siren, but I’m blocking out your calls
I’ve had my adventure, I don’t need something new
I’m afraid of what I’m risking if I follow you

VERSE 3
What do you want? ‘Cause you’ve been keeping me awake
Are you here to distract me so I make a big mistake?
Or are you someone out there who’s a little bit like me?
Who knows deep down I’m not where I’m meant to be?
Every days’ a little harder as I feel your power grow
Don’t you know there’s part of me that long to go

OUTRO
Where are you going?
Don’t leave me alone
How do I follow you
Into the unknown?
Whoo! 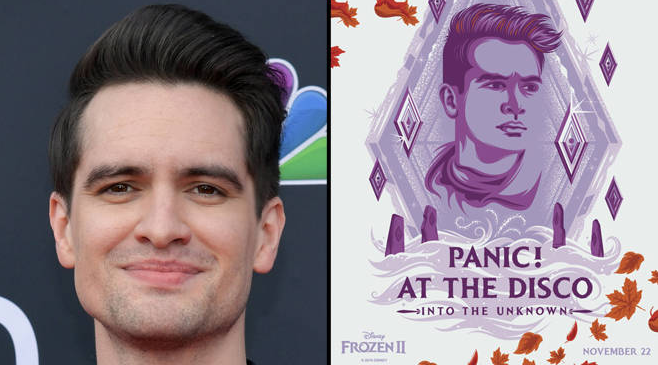 The soundtrack features seven new songs performed by Frozen legends Kristen Bell, Idina Menzel, Josh Gadd and Jonathan Groff, and it also features cover versions from some of music’s biggest stars. Kacey Musgraves and Wheezer are taking on ‘All Is Found’ and ‘Lost in the Woods’ respectively and Panic! have recorded ‘Into the Unknown’.

The full soundtrack drops November 15 but today (Nov 4), Disney surprise-released their Brendon Urie banger and the lyrics are everything.

Tags: Frozen 2Into the UnknownSoundtrack