It’s been a while since I traveled with the Boston Bruins, and it’s funny what memories are clearest.

And yes, the Stanley Cup championship (2011), the Winter Olympic Games (2010), and several playoff/all-star games are at the top of the list. But it was the Bruins many charity functions that left an even more indelible mark than most athletic moments. And, looking back, the smiles on the faces of the children who encountered these modern-day gladiators are the most crucial facet of any event I covered for the team. 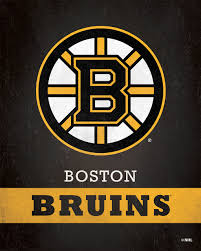 Today, several of the Bruins — who pounded the New York Rangers on Sunday, I might add — chose a Disney/Pixar theme for their annual parade through Children’s Hospital.

CBS Boston had the story:

The Boston Bruins paid a visit to patients at Boston Children’s Hospital on Monday, but they did not look like the Boston Bruins. Instead, they were dressed as characters from Toy Story 4 — or most of them.

The Bruins made their annual Halloween visit to Boston Children’s on Monday, and as usual, their costumes did not disappoint. Players were dressed up as Buzz Lightyear, Woody, Forky and other favorites from the Disney flick, as they spent time visiting with children at the hospital.

Patrice Bergeron was perfect as Buzz Lightyear, and Charlie McAvoy made up one big alien toy. With no Rex or Hamm costumes big enough for them (or something like that), David Pastrnak and Brandon Carlo opted to with generic (but awesome) T-Rex and pig costumes, respectively… Elsewhere, Charlie Coyle went as Jesse while Torey Krug was Mr. Potato Head. Danton Heinen enjoyed some time as sheriff Woody, while Matt Grzelcyk rounded out the group as Forky.

To infinity and beyond! ? ?

In case you’re not a hockey fan, Patrice Bergeron, one of the best players in the NHL, is a future Hall of Famer (Olympic gold medalist, Stanley Cup champion in 2011) and much of the rest of the squad are holdovers from last year’s Stanley Cup final run. 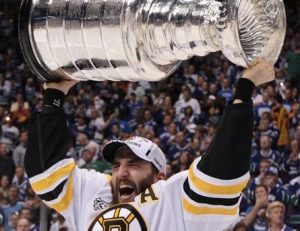 Moreover, I have seen many of these players — most often Bergeron, Krug, and B’s captain Zdeno Chara — play through many injuries, pain, and adversity.

However, year-after-year, the Bruins return to places like Children’s and shed their on-ice toughness to employ some tenderness with children who know a whole lot more about injury, pain, and adversity.

Nothing spooky about this Halloween visit. ? #NHLBruins pic.twitter.com/556NHNHfA4

This is very easy for us to come here and spend a few hours of our day, and brighten up some of those kids’ day and have some fun with it… I’m happy to be here.”
Patrice Bergeron, Boston Bruins


Bergeron may be the veteran of Monday’s group, but he didn’t get the first pick of the costumes. So he was pretty surprised when Buzz was still available.

“There were a few guys before me, and somehow Buzz was still available. I was pretty happy with that; that’s my son’s favorite character,” he explained to CBS. “I’ll go home in it and he’ll get a big kick out of it.”

We are ready. ? #NHLBruins pic.twitter.com/JT7D5FAiEw

Of all of the athletes or celebrities I’ve encountered, fans would be surprised to learn that these men, some of the toughest athletes in all of professional sports, are some of the biggest softies; particularly when children are involved.

“To do any little thing that puts a smile on their face, it’s part of our duty,” said Krug (who added that Toy Story is one of his favorite movies).

Jeeze. I just choked up, there. Now and forever, “Go Bruins!”