What a massive night it’s been for Star Wars fans! Not only were viewers treated to a look at the final trailer for Star Wars: The Rise of Skywalker during Monday Night Football’s half time show, but tickets also went on sale for the film which will officially hit theaters on December 20th. As a matter of fact, Atom Tickets is already reporting unprecedented first-hour pre-sales! 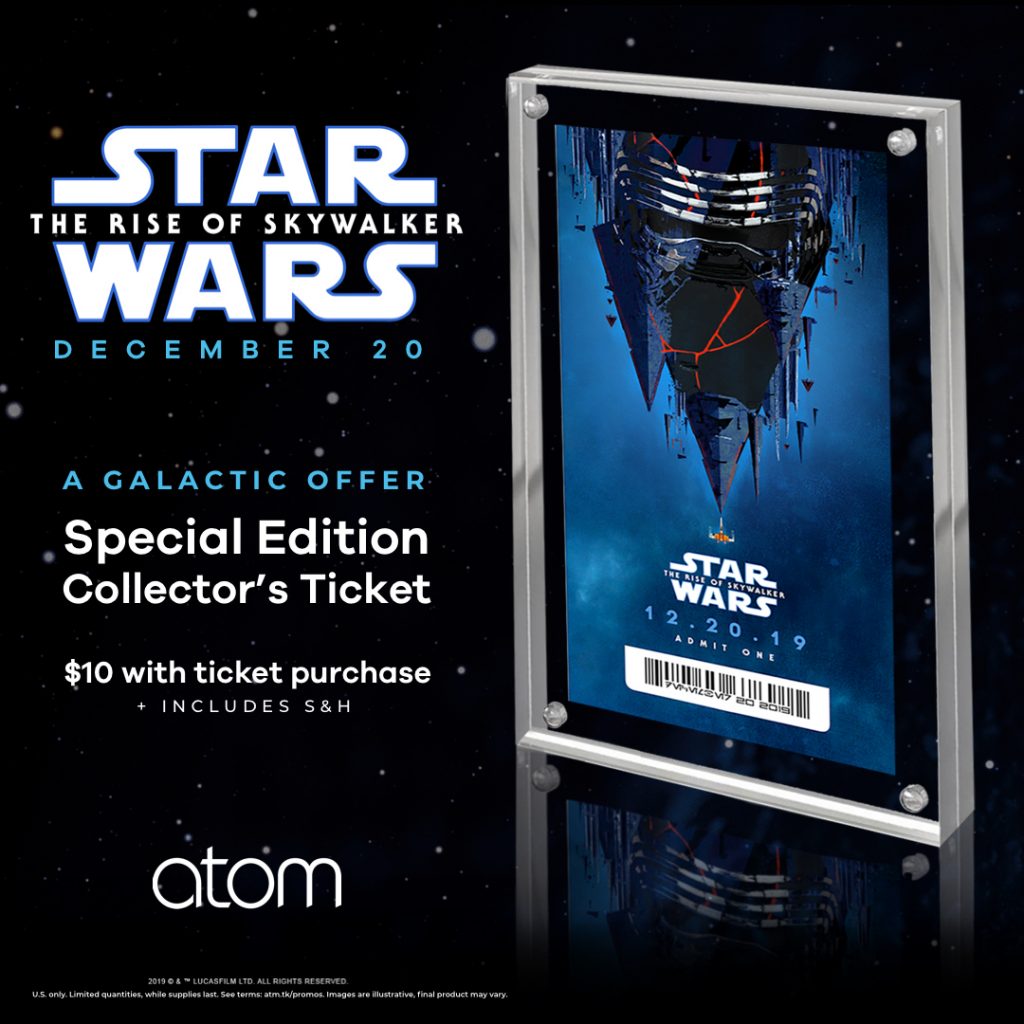 In its opening weekend, Endgame hauled in a record $357.1 million in the U.S. before going on to shatter all-time box office records globally. The Marvel film ended its run with $858.3 million in U.S. ticket sales and a total of $2.79 billion globally, dethroning Avatar as the highest-grossing film of all time. If the early demand for The Rise of Skywalker is anything to go by, the Avengers may have some stiff competition on their hands when it comes to maintaining their box office record!

Atom Tickets said Disney’s The Rise of Skywalker is the most anticipated movie of the fall. For more information on tickets, special offers and events check out this article.

In case you missed it, here’s a look at the final trailer for the film!

Thinking about a visit to Disney to check out Galaxy’s Edge? Getting started is easy! Simply fill out our form below to get your FREE, no-obligation quote from MickeyTravels!