Ever since 1923 when The Walt Disney Company was formed, they have been using groundbreaking technology to immerse their audiences in new and stunning experiences. To continue this momentum The Walt Disney Company had a major presence at the Grace Hopper Celebration of Women in Computing (GHC), the largest gathering of female technologists in the world. It is there that they showcased the stories of our beloved female characters and the imaginative women of Disney technology .

More than 25,000 attendees from around the world journeyed to Orlando, Florida, to strengthen the community among female technologists, celebrate the ever-increasing role and contributions of women in technology and computing, and meet with top technology companies. 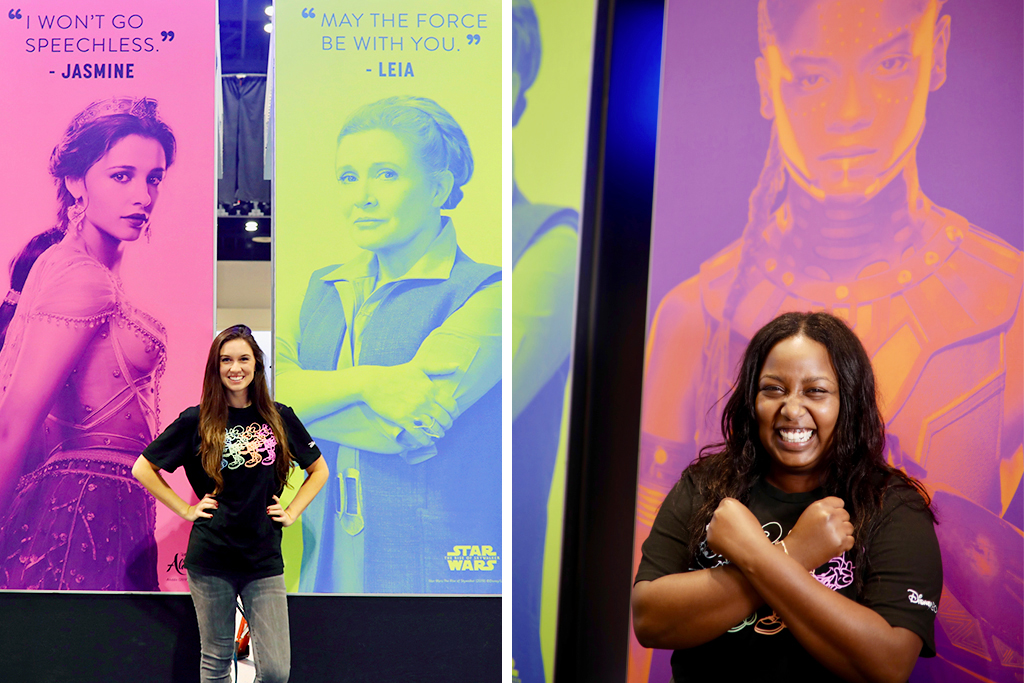 Visitors to the Disney booth at the Career Expo were greeted by larger-than-life representations of strong Disney women who challenge the status quo and lead the way for change. With such a vast array of characters, among them Elsa from Frozen 2, Captain Marvel, Bo Peep from Disney and Pixar’s Toy Story 4, General Leia Organa from Star Wars, Katherine Johnson from Hidden Figures, Princess Jasmine from Aladdin and Shuri from Marvel Studios’ Black Panther, every attendee could find a character they could relate to on a deeper level. 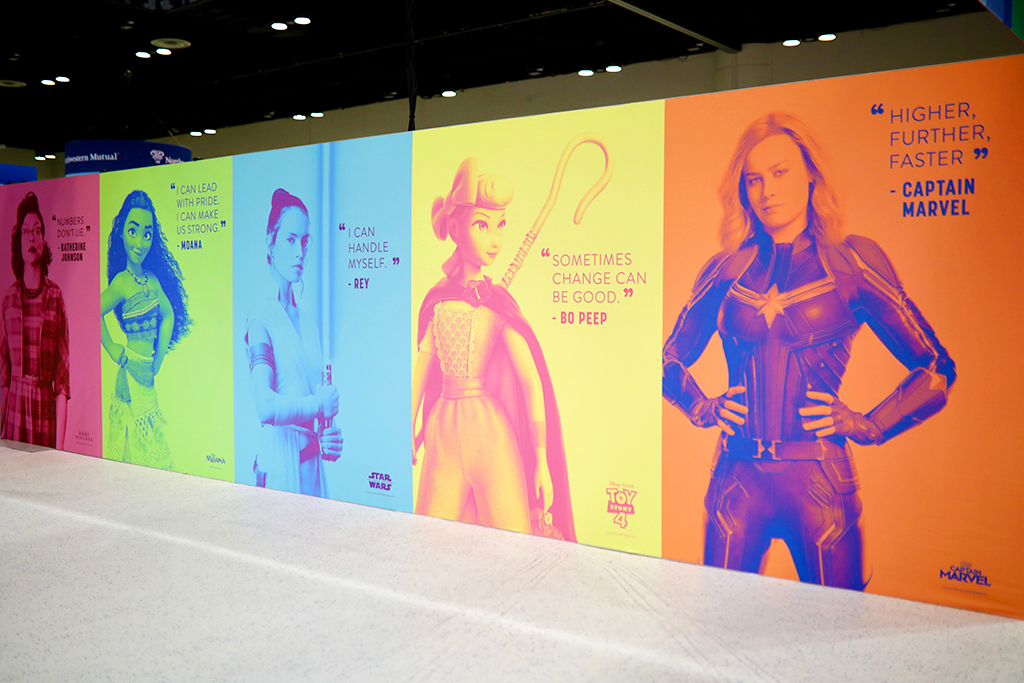 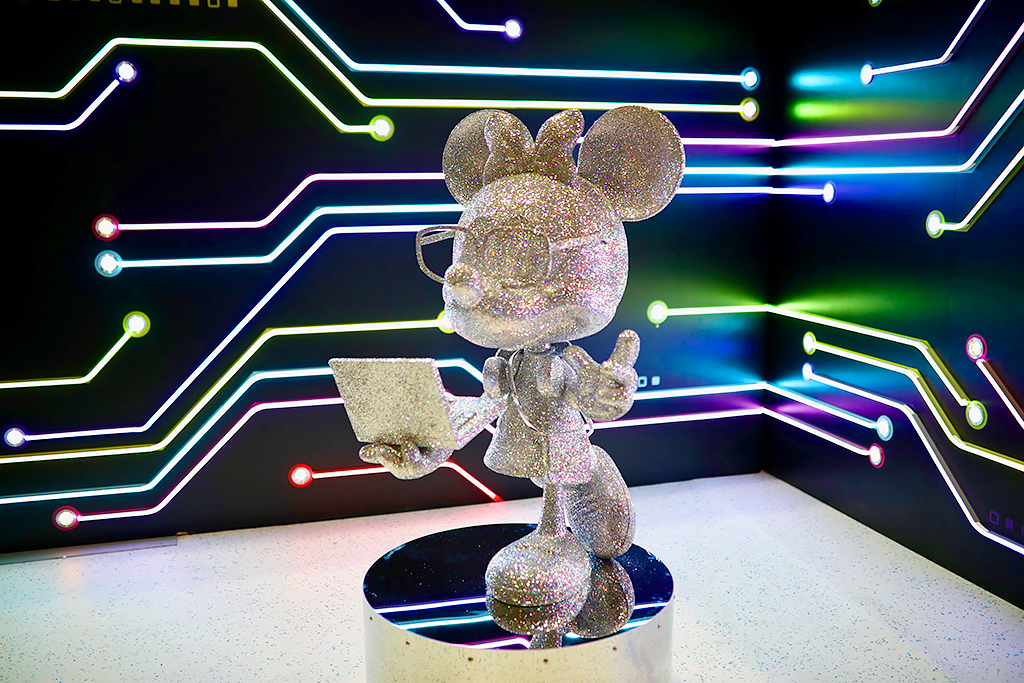 Many attendees commemorated their GHC experience at a uniquely Disney photo opportunity. Following last year’s introduction of a Minnie Mouse-inspired design that pays tribute to women in STEM (Science, Technology, Engineering and Math), this year, GHC attendees enjoyed posing alongside Minnie Mouse, brought to life via 3-D printer and standing more than five feet tall. As a special treat from another distant galaxy, BB-8 also rolled into the Disney booth to meet with the technologists. 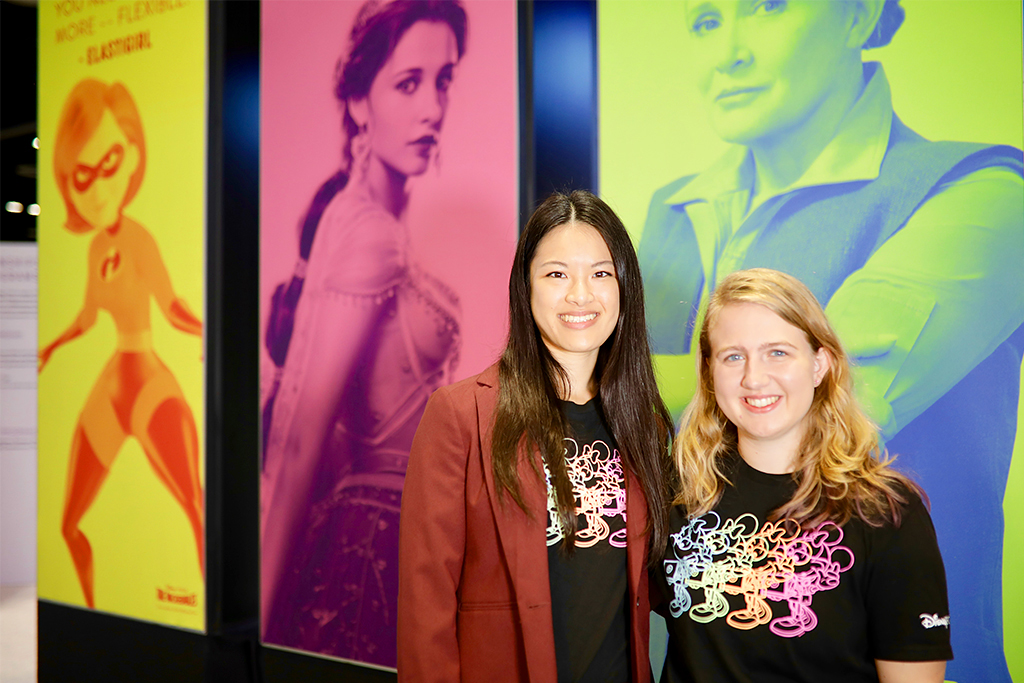 Beyond the Career Expo booth, Disney technologists spoke on panels, led development sessions, participated in leadership programs and joined other special events. “It’s interactive and intimate,“ said D’Yanna Craighead, Disney Parks, Experiences and Products, of her mentoring circle sessions. “We discussed different ways that we can personalize experiences on ESPN platforms,” shared Diane Tam of her presentation with Christine Frandsen (both employees with Direct-to-Consumer and International).

GHC attendees were also invited to test their skills with three distinctly Disney coding challenges offered in a variety of programming languages. “The questions ranged from algorithm application used to help decide favorite movies, to parsing theme park data to determine the best set of attractions to experience,” said Jordan Snow, Disney Streaming Services, one of the designers of the coding challenge. Those who passed the challenge received exclusive Disney swag. 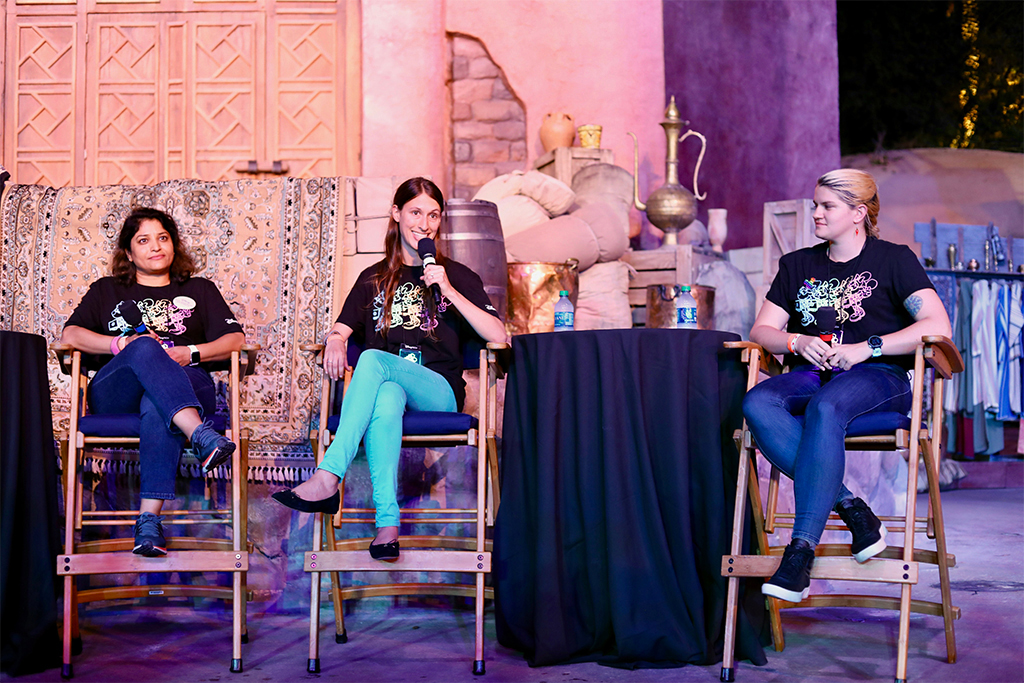 On the second evening of the conference, The Walt Disney Company invited more than 300 female technologists to an exclusive after-hours event at Disney’s Hollywood Studios at Walt Disney World Resort. During this special event, they received a special welcome from Latondra Newton, senior vice president and chief diversity officer of The Walt Disney Company; connected with Disney technologists over dinner; visited with Disney characters at photo opportunities; and enjoyed an inspiring panel discussion featuring four technologists from different segments of the Company. The festivities kicked off with an interactive and exciting performance of Indiana Jones Epic Stunt Spectacular! and concluded with attraction experiences in Toy Story Land and Star Wars: Galaxy’s Edge—all of which allowed the attendees to witness Disney technology in action. 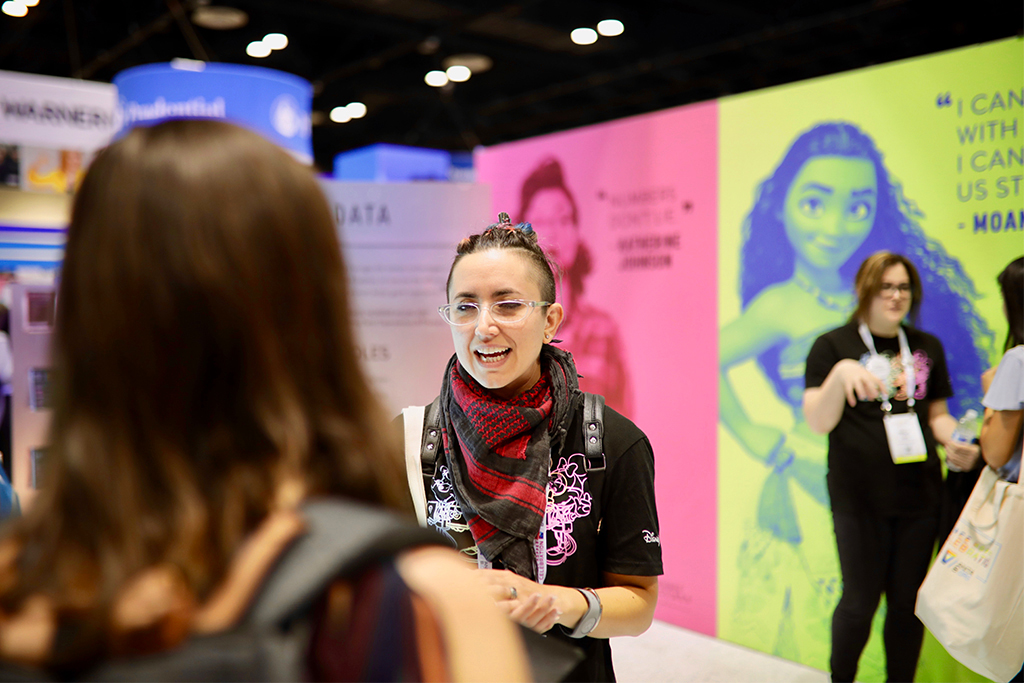 Over the course of the three-day event, Disney representatives met, interviewed and extended employment offers for full-time and internship positions to top female talent in the tech space. “GHC was a perfect opportunity to showcase the many internship positions we are filling and how they can pipeline directly into a full-time position. [Technologists in] these positions are working on the same projects as our full-time engineers and sit in all of our tech hubs,” said Anne Labeaume, senior manager of Campus Recruitment.

The Walt Disney Company is proud to support women in technology at events like GHC. “The world is changing and technology is the way of the future. It’s important that we celebratate how women are a part of shaping that technology,” said Alexandria Shealy, Disney Streaming Services.

As Newton told the attendees of the after-hours event, “We, as women, can change the world.”

To explore technology career opportunities at Disney, visit DisneyTech.com. Follow Disney Careers on Facebook, Twitter and Instagram or The Walt Disney Company on LinkedIn to hear more about our technology, our employees and how we are aligning technology, content and platforms to deliver world-class, personalized entertainment experiences to consumers around the world.