It’s no news that Disney has released some major blockbusters this year. And the year isn’t even over with yet.

According to CNBC.com “So far in 2019, Disney films have sold more than $8.1 billion in tickets, decimating its previous record of $7.6 billion globally.

Domestically, Disney sold a record $3.09 billion worth of tickets in 2018. From January to September, the first three quarters of the year, the company tallied $2.7 billion in sales, and it has yet to release three titles: “Maleficent: Mistress of Evil,” “Frozen 2″ and “Star Wars: The Rise of Skywalker.”

Disney’s 2019 haul accounted for 33.4% of the U.S. box office during that period, according to data from Comscore.” 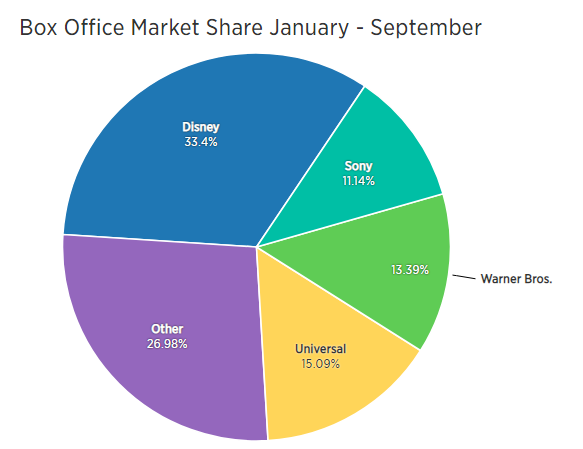 Disney also holds five of the top six spots on the list of highest-grossing films in 2019. Those five films — “Avengers: Endgame,” “The Lion King,” “Toy Story 4,” “Captain Marvel” and “Aladdin” — have all sold over $1 billion in tickets globally. 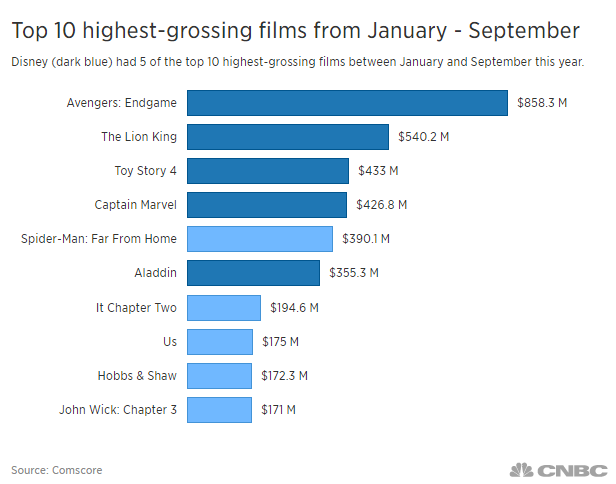 Of course, with three months left in the year, that figure is going to shift. Paul Dergarabedian, senior media analyst at Comscore, expects Disney will likely retain at least 30% of box office receipts by the end of 2019.