Speaking of gifts for the Star Wars fan who has everything; I’m just saying that very few of us have a Star Wars-themed automobile.

And, apparently, that is a thing, so. Here’s a sneak peek at the….

A short time ago in an inbox not so very far away, we received these Jeep Wrangler shots form our spy photographer. At first glance, it looks like there’s something funny going on with the paint, with the white roof and fenders, and some jagged-looking business at the bottom of the doors. Look closer and — karabast! — there’s a stormtrooper helmet behind the front fender.

So what exactly are we looking at here? Jeep has been known to do a number of special editions for its Wrangler, and that could be what this previews: a Stormtrooper Edition Wrangler. The manufacturer plates suggest this isn’t a customer who just put a decal on their SUV, though who’s to say that the folks at FCA didn’t slap them on there for fun? (And we do know of some Star Wars fans at the company.) At the same time, FCA does have ties with Disney, and has done Star Wars tie-ins before. If not a special edition for customers, this could also be something for SEMA.

First, I love this report. Second, the dude who wrote this blog is clearly a big Star Wars fan. 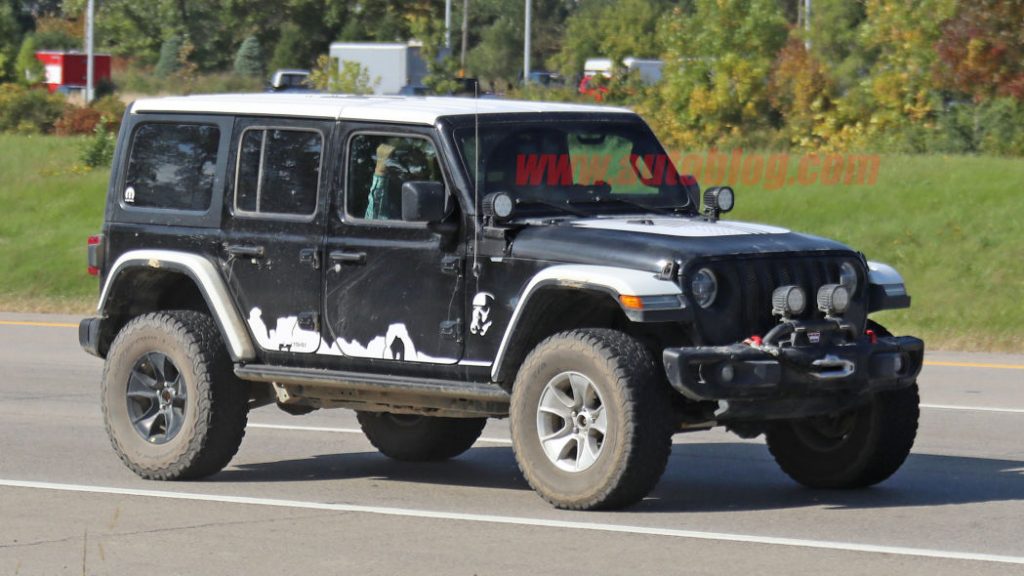 Anyway, let’s take a closer look and see what else we can see. There’s a Warn winch up front, and some added off-road lights, so this looks ready to chase down womp rats in Beggar’s Canyon. The spare tire on the back looks beefier than the tires it’s rolling on, so the final product could get a full set of beadlock wheels.

Visually, there’s a lot going on here. In addition to the helmet on the side, there’s a white landscape along the bottom of the doors that looks a lot more like the arches of Moab, Utah, than the mesas of Tatooine, but that could easily be replaced with some AT-ATs and X-wings. In that landscape is the number 1941, a nod to Jeep’s World War II beginnings — and we have no idea what that would be relative to the Battle of Yavin (the benchmark for the Galactic Standard Calendar). Look closely at top of the hood, and you’ll see an … American flag? Sure, why not? Also, we should note that the stormtrooper helmet depicts Imperial armor from the original Star Wars trilogy, and not the more streamlined buckets that the First Order wears in the sequels. Seems weird if this is a tie-in for “The Rise of Skywalker.”

That final film of the Skywalker saga hits theaters Dec. 20, so if this is indeed a preview of a special edition, we’re more likely to see it at the L.A. Auto Show than at SEMA. Either way, we’re excited. We’ll take all the Star Wars content we can get, automotive or otherwise. 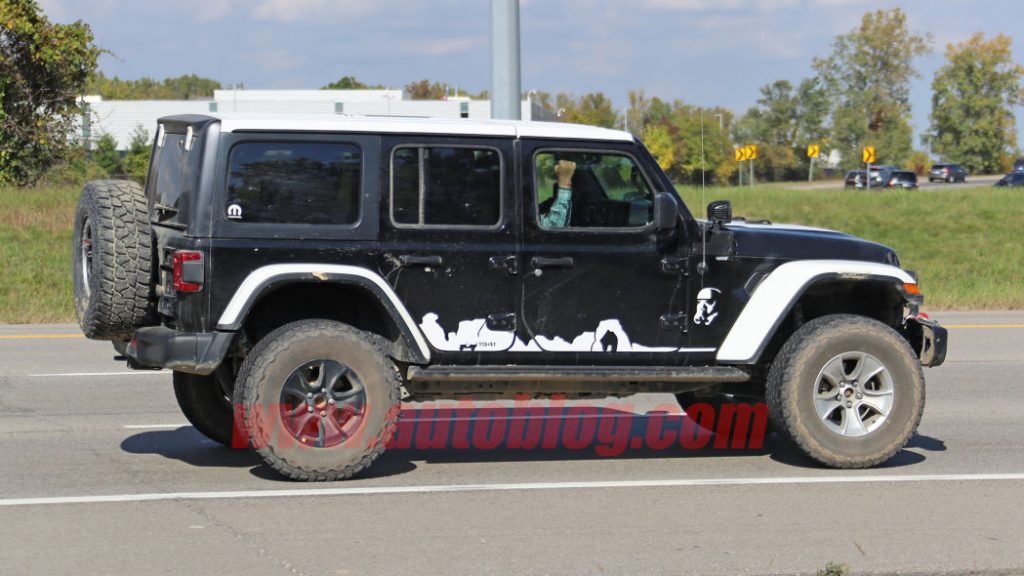 Who knows, might be much ado about nothing. But it is cool.

And maybe — if a new car is out of your price range — check out this model from a few years back.