In celebration of Hispanic Heritage Month, Disney Channel invited a group of 6 talented and impassioned young Latinx women to The Walt Disney Studios lot. Along with their families and special guests , these high school students had an exclusive viewing of the big-screen premiere of a short film that they created! These budding filmmakers were invited by the network to produce a short film inspired by the theme “Discover Your Voice.”

Disney Channel discovered the young filmmakers through the nonprofit A Place Called Home (APCH), which provides a safe, nurturing environment with proven programs in arts, education and wellness for the young people in South Central Los Angeles to help them improve their economic conditions and develop healthy, fulfilling and purposeful lives. Jill Hotchkiss, Disney Channel’s vice president of Creative Marketing, was inspired by APCH and its students when she attended the nonprofit’s annual Girl Power Awards Luncheon earlier this year and a group of young women took the stage for a spoken word presentation that showcased their creativity and passion.

“The confidence that they had was so powerful,” she recalls. “The girls were so proud of themselves and so self-aware of their own strength, that I knew doing something with them would be powerful for our Disney Channel viewers.”

Disney Channel offered guidance and support to six selected APCH students—Edith Diaz, Fernanda Mauz, Angel Rubin, Daniela Santuario, Julie Vargas and Isabella Virgen—along with the prompt “Discover Your Voice.” APCH’s senior visual arts & digital media lead, Bernyce Tally, assisted the students as they explored the theme and determined that they wanted their film to showcase and inspire pride in all Hispanic cultures, give a voice to people who may not have one, and convey what being Latinx means to each of them. Their individual voices were also incorporated into the project, whether they chose to express themselves through art, music, dance or videography. 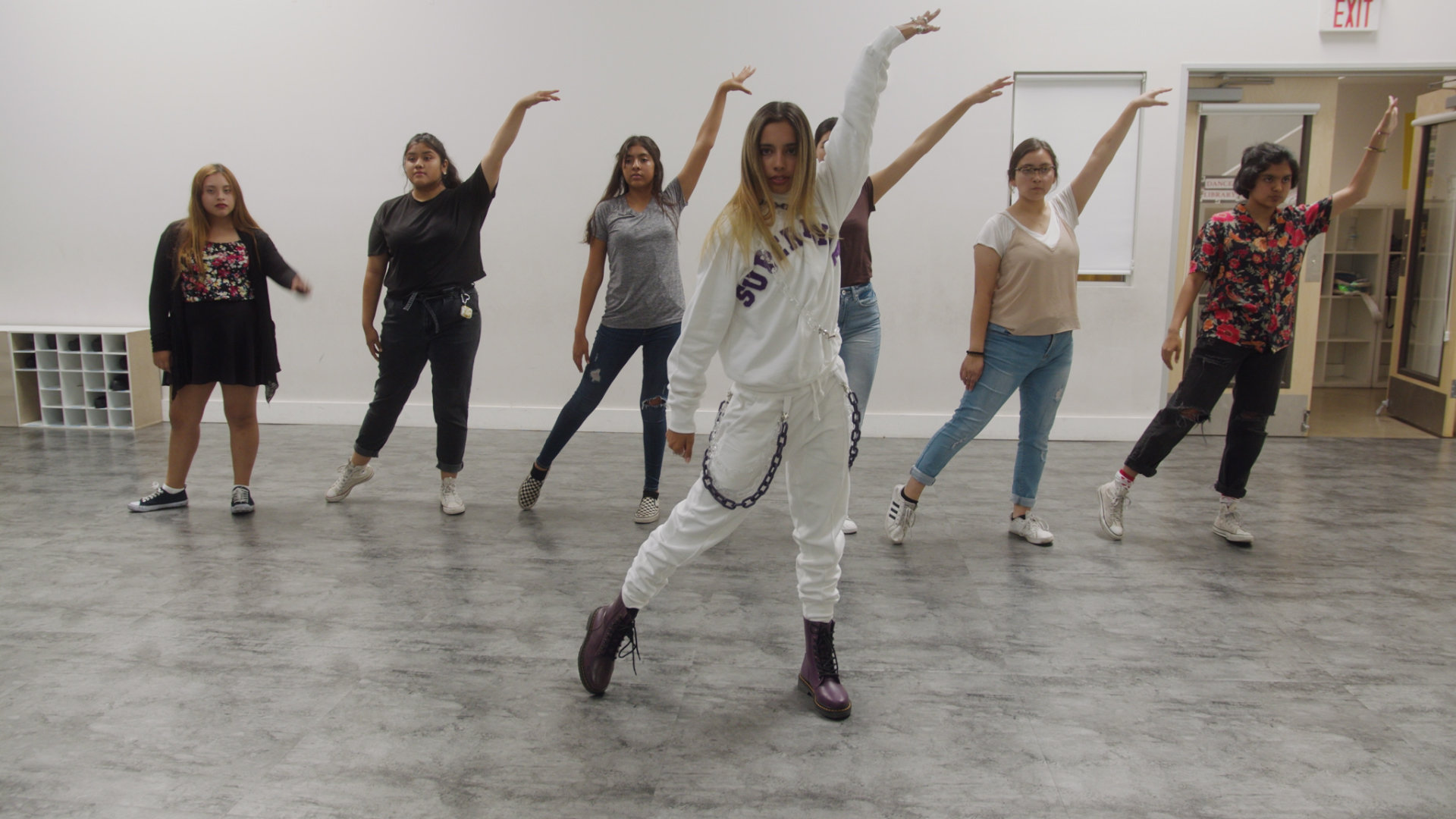 As the young women prepared to film and edit the short film completely on their own, Disney Channel provided professional mentors to visit APCH and help them take their ideas to the next level. Raquel Farinas, parade performer, Disney Parks, Experiences and Products; Dina DeLaRocha, talent development specialist, Radio Disney; and Dawn Solér, senior vice president of music, ABC Studios; were joined by actress and musician Kylie Cantrall. In addition to being a YouTube sensation, whose latest single has garnered more than 4 million views since its September 6 debut, Cantrall plays the title character in the new live-action comedy series Gabby Duran & the Unsittables, premiering on Disney Channel and in the DisneyNOW app on Friday, October 11 (9 p.m. ED/PT). And as a 14-year-old, she was able to connect with the APCH students as a peer.

“When Kylie came in and talked to the students, they were on fire,” Hotchkiss recalls. “They were so inspired by her, inspired by how young she is and that she has this amazing sense of self, as well as by her leadership.”

“They just had so much passion. I could tell they’re really driven and I’m so lucky to be able to help them and be a part of it,” says Cantrell, who has a strong affinity for her Venezuelan roots. “I’m just like them—just a teenage girl who is also Latinx who is getting to be on a Disney Channel show. I think it’s a cool thing for them to see themselves in what I’m doing.” 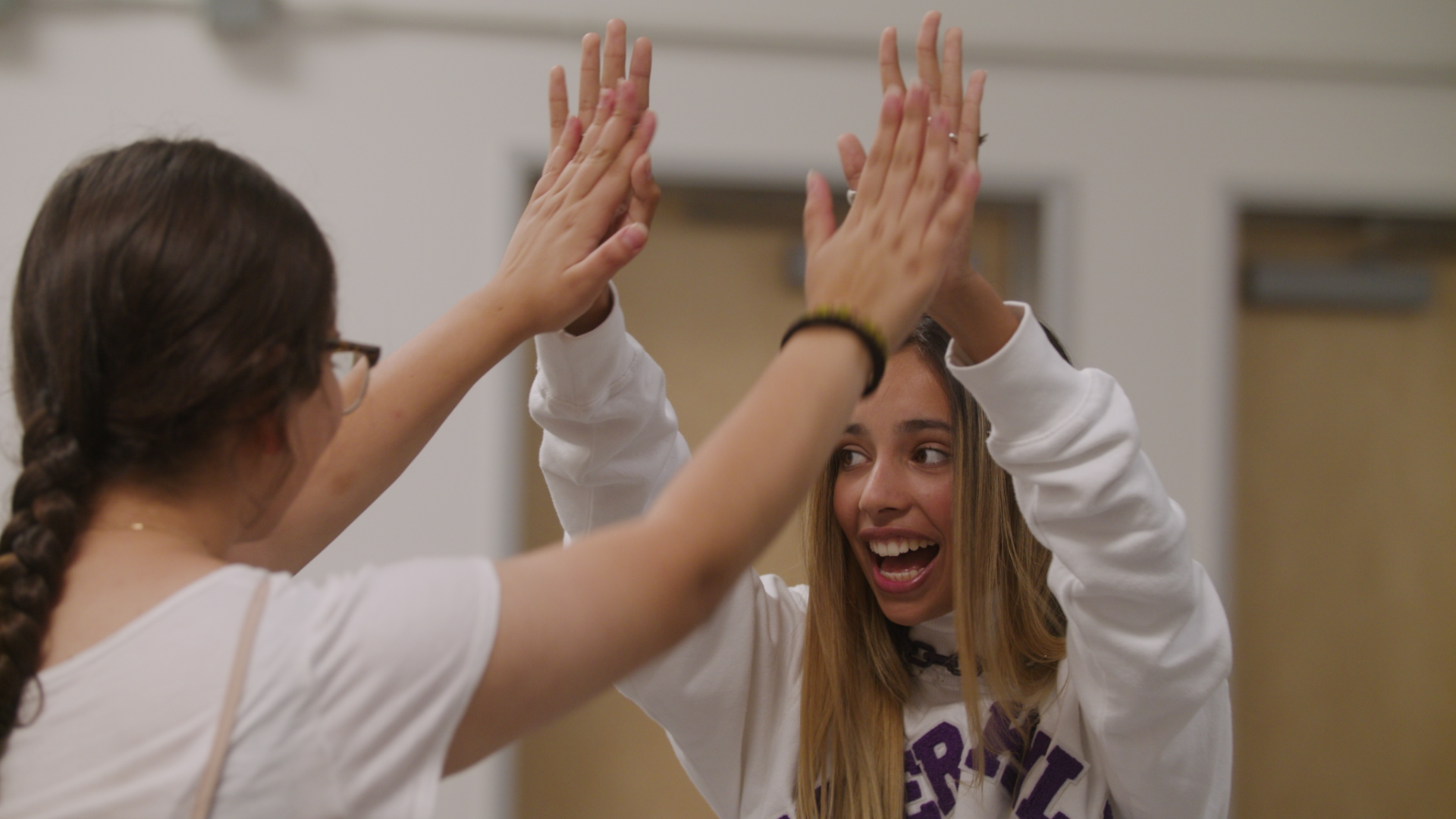 Throughout Hispanic Heritage Month, Disney Channel has aired a series of interstitials produced by Hotchkiss’ team, led by Carlo Olivares Paganoni, that showcase the young women’s creative process as they worked with their mentors to produce the short, which incorporates Latin traditions, music and choreography and showcases diverse Hispanic cultures. “They did it themselves. That’s all generated by them,” Hotchkiss says. The first of the spots can be viewed below.

A collection of all five “Discover Your Voice” interstitials and the girls’ short film will be available at DisneyNOW.com/DiscoverYourVoice.

Hotchkiss is confident the students are proud of what they have created, and she hopes the girls from APCH come to recognize how their film may inspire other young people to discover their own voices. “That would be, for me, the win-win,” she says. “It’s not what we did—we’re the vessel for their creativity and their expression. And I hope that they reap the fruits of that labor.”