It’s been a tough week on Disney transportation. However, there’s a developing story that might just make things a little better.

Guests are getting on buses with WiFi:

Not a character bus update…. but…The Disney buses now have their own wifi ?

Taking a Disney bus because reasons and there is wifi! pic.twitter.com/PZbGQT2sIN

There’s nothing official, of course. But the Disney Parks Blog did talk about updated buses in July. 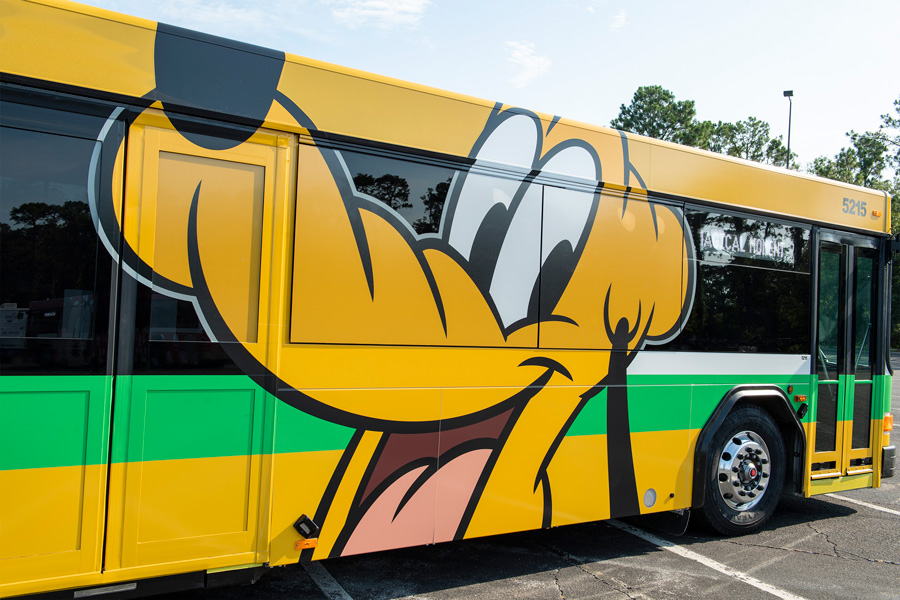 The next time you are at a Walt Disney World Resort bus loop, be on the lookout for Mickey and his friends!

This month, Walt Disney World buses are taking on a new look, adorned with the sensational six: Mickey, Minnie, Donald, Daisy, Goofy, and Pluto. From the red and yellow colors of Mickey’s attire to the iconic Minnie polka dots and the pastel hues of Daisy, you will now arrive at your favorite destinations in full Disney style, riding along with these beloved Disney characters.

And as if boarding a colorful bus worthy of a selfie isn’t enough, you will also enjoy refreshed interiors that include brand new blue seats and laminate floors. Some Walt Disney World buses will also have USB charging ports conveniently located between seats throughout, so you can stay in touch with family and friends and keep your cameras ready to capture every minute of your dream vacation. The new buses sure do bring a fun look to the complimentary Walt Disney World transportation that resort guests can enjoy throughout their vacations!

So, there’s no guarentee at the moment. And there’s certainly no official word. But if your bus has the below sticker, open up your phone and join the network: 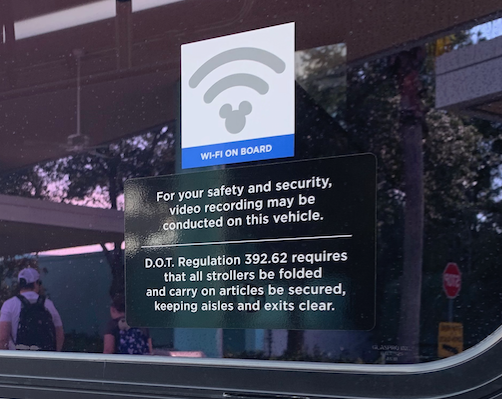