However, I am posting about the possibility because it’s so, so cool. Denis Lawson, a.k.a. Luke Skywalker’s wingman — Wedge Antilles — will return to the Force fold in Star Wars: The Rise of Skywalker. Here’s what’s not cool: Not one official source has confirmed. I repeat, there’s been no official corroboration from Lucasfilm or Disney.

But it’s fun to think about it. Btw: Fun Fact – Denis Lawson is Ewan McGregor’s uncle. 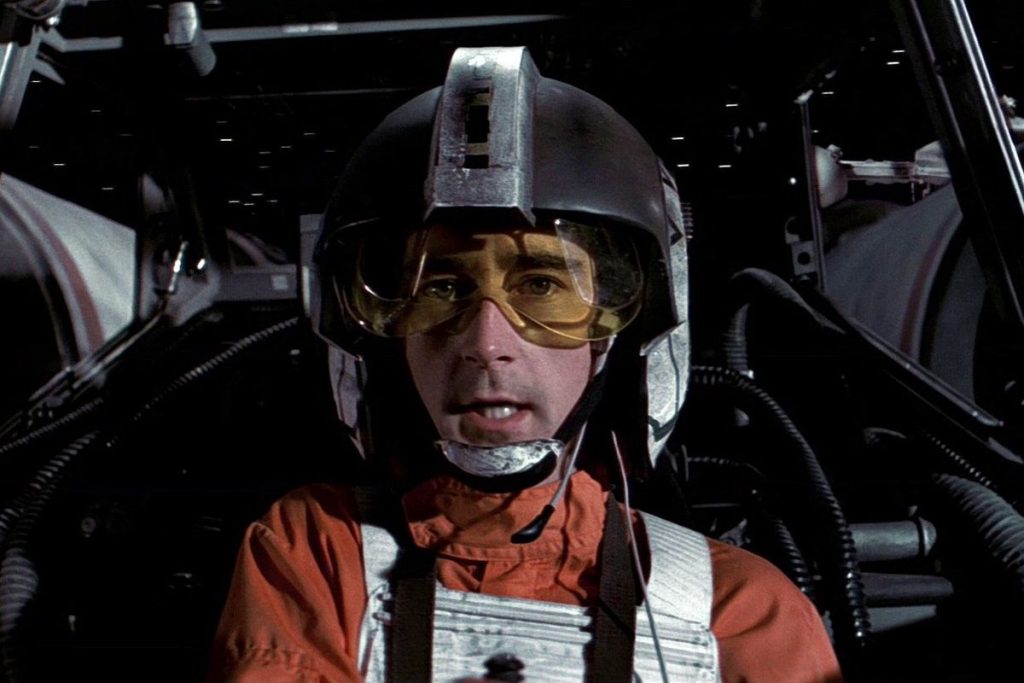 [R]epresentatives for actor Dennis Lawson allegedly confirmed that the fan-favorite Original Trilogy actor would be returning for The Rise of Skywalker. That’s right. Wedge Antilles is coming back. And with footage of Billy Dee Williams aka Lando Calrissian in Skywalker already on the web, it looks like some huge figures from the old-school Rebellion have come out of retirement to kick the First Order’s [butt]. You have to admit–the Resistance is going to need all the help it can get.

Wedge Antilles was an X-Wing pilot and close friend of Luke Skywalker who appeared in all three of the Original Trilogy films. He was there when Luke destroyed the first Death Star, and he helped blow up the second one as well. Outside of the films, Wedge has been a huge fan-favorite figure, showing up in the Rogue Squadron games in addition to a number of extended universe stories, and recently, comic books and animated TV shows. He’s not force sensitive or a Skywalker descendant or anything like that–but that’s kind of what makes the character so fucking cool. He’s just one of the good guys, and he’s a killer in the cockpit.

The return of Wedge and Lando just lends more credence to the looming suspicion that J.J. Abrams is going to be doing some serious reminiscing about the old days of Star Wars for his big finale to the Skywalker saga. Long have fans expected that Abrams would try to tie off some big loose ends–and Abrams himself has said as much in his elusive interviews about the film. We already know that The Emperor will be returning in Rise of Skywalker. There have been toy announcements for so-called Sith Troopers, and we’ve seen in trailers that the First Order’s arsenal is looking more Imperial these days than ever. So, it’s not hard to imagine that the Empire, not the First Order, will taking over in the upcoming film. It only makes sense that some figures from the Rebellion would rise up to shoot them down again.

Who Exactly Is Wedge?

For folks who can’t place the face, have a look at Star Wars Explained Wedge Antilles video:

But here’s the thing. NONE of my go-to guys have produced any content on this rumor; which makes me think that we should wait until the Star Wars Show gives us the low down.

What do you think? Let us know in the comments!