Sad news: Original Mouseketeer Karen Pendleton has passed away. She was 73. 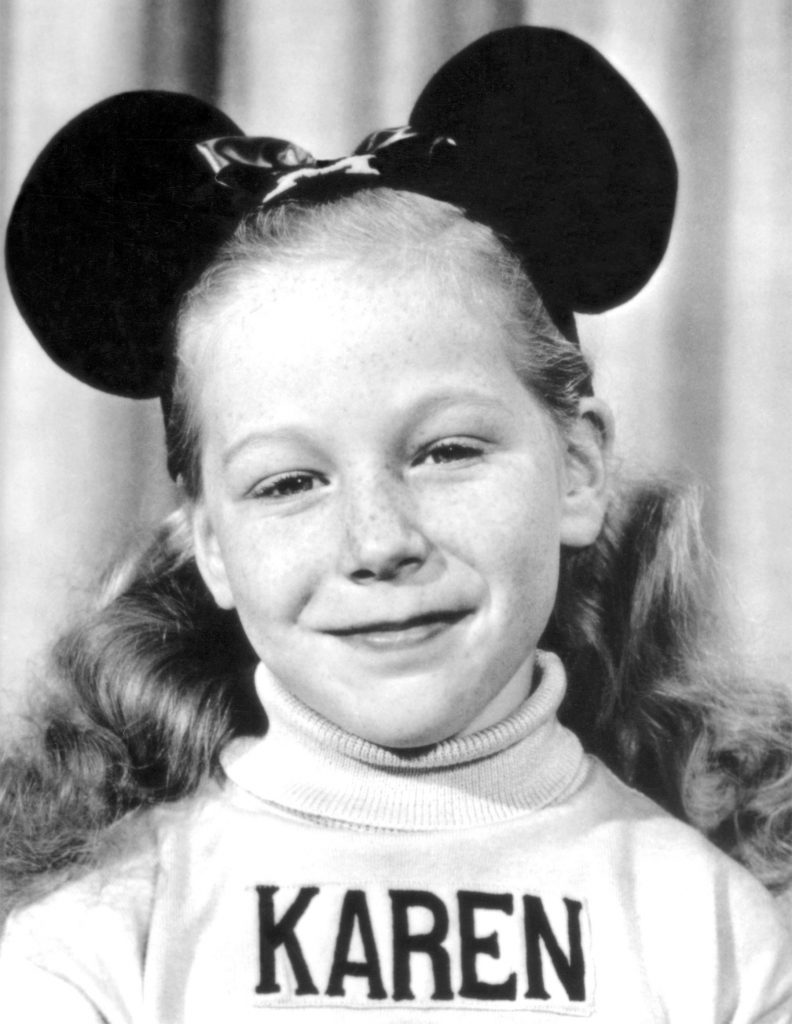 Karen Pendleton, one of the original Mouseketeers on Disney’s The Mickey Mouse Club, died of a heart attack on Sunday in Fresno, Calif. She was 73. Author and Disney historian Lorraine Santoli announced the news of her death.

Born Aug. 1, 1946, Pendleton joined the cast of The Mickey Mouse Club at age 8, becoming one of the show’s youngest cast members. She remained on the show for the entirety of its original 1955-1959 run on ABC, one of only nine kids, including Annette Funicello, to do so. Pendleton was known for her blond curls and for her frequent song pairings with fellow Mouseketeer Cubby O’Brien, including in the show’s closing sequence.

Pendleton left the entertainment business after the show concluded, though her place in pop culture was cemented by The Mickey Mouse Club‘s lengthy run in syndication.

ORIGINAL MOUSEKETEER KAREN PENDLETON DIES AT 73 Los Angeles, CA, October 7, 2019 — Karen Pendleton, one of the Mickey Mouse Club's original Mouseketeers, died from a heart attack on Sunday, October 6, in Fresno, CA, at age 73.  Pendleton, among the youngest of the Mouseketeers, was best known for her shoulder length blond curls and being paired with fellow Mouseketeer Cubby O'Brien in the Mickey Mouse Club's show closing "Now it's time to say goodbye…" alma mater.  Pendleton appeared on Disney's classic children's television series throughout its four-year run (1955-1959) on the ABC television network.  The original Mickey Mouse Club lived on in syndication for decades thereafter entertaining generations of children around the world. Maintaining her long-time friendships with her fellow Mouseketeers, through the years Pendleton also co-starred with them in many Mickey Mouse Club reunion shows and parades at Disneyland and at Disney fan shows and conventions.  Her daughter, Staci, commented on how much the association with the Mickey Mouse Club meant to her mother. "My mom loved her Mouseketeer family," she said. "Getting together with them was always a high point.  It gave her the opportunity to relive great memories and to meet so many Mickey Mouse Club fans that watched the show as kids and loved her.  Many told her that they named their daughters 'Karen' in her honor." Jim Hill Media extends our heartfelt condolences to Karen's friends and family. #karenpendelton #Mouseketeers #MickeyMouseClub

Pendleton Was An Original Mouseketeer 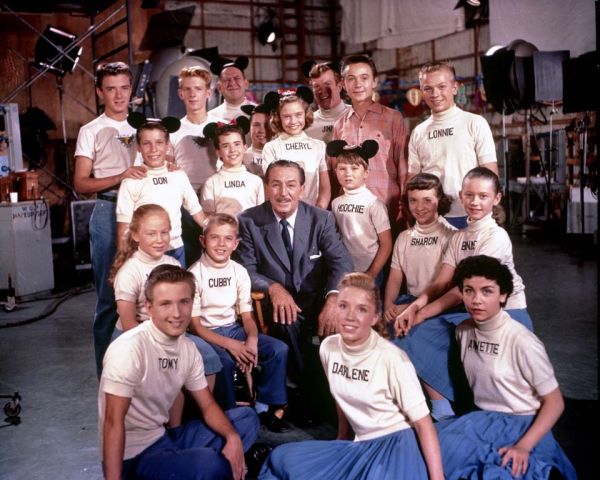 The most notable of the reboots was The All-New Mickey Mouse Club that debuted in 1989 and ran until 1994. This marked the launching points for many notable celebrities in today’s landscape, including Britney Spears, Christina Aguilera, Justin Timberlake, Keri Russell, and Ryan Gosling, among others.

There has also been a recent adaptation. In 2017, Club Mickey Mouse debuted. It’s solely viewed on social media. The show’s episodes are streamed on Facebook and Instagram. Todrick Hall was among the mentors with Jennifer Chia serving as the host. 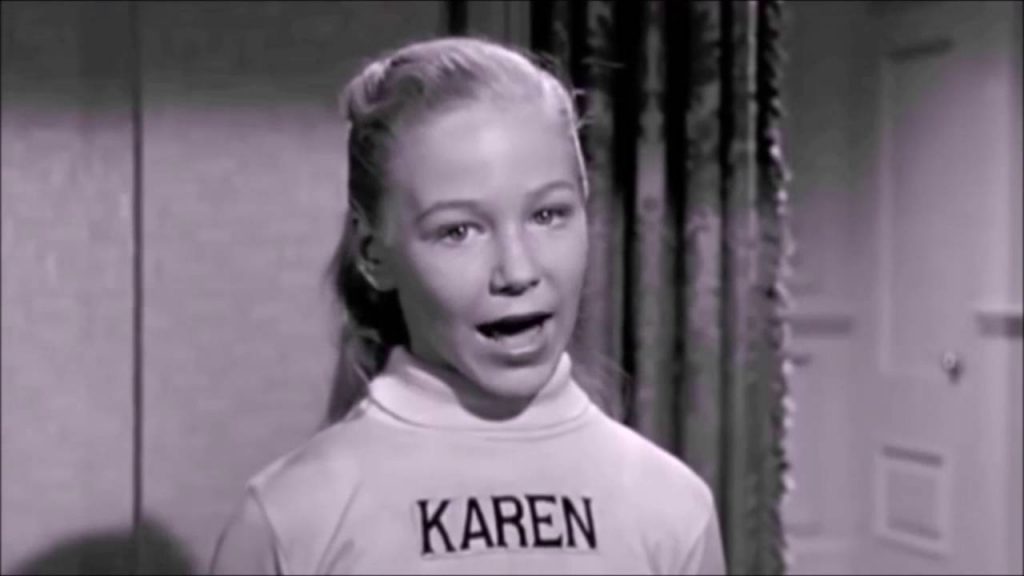 In 1983, a car accident left Pendleton paralyzed from the waist down, but she later returned to college to earn bachelor’s and Master’s degrees. She went on to serve on the board of the California Association of the Physically Handicapped (now Californians for Disability Rights), and to work as a high school counselor.

Pendleton continued to associate with her fellow former Mouseketeers later in life and frequently appeared at reunions, fan shows, and conventions.

“My mom loved her Mouseketeer family,” her daughter, Staci, said in a statement.

“Getting together with them was always a high point. It gave her the opportunity to relive great memories and to meet so many Mickey Mouse Club fans that watched the show as kids and loved her. Many told her that they named their daughters Karen in her honor.”

Pendleton is survived by two grandsons, along with her daughter. 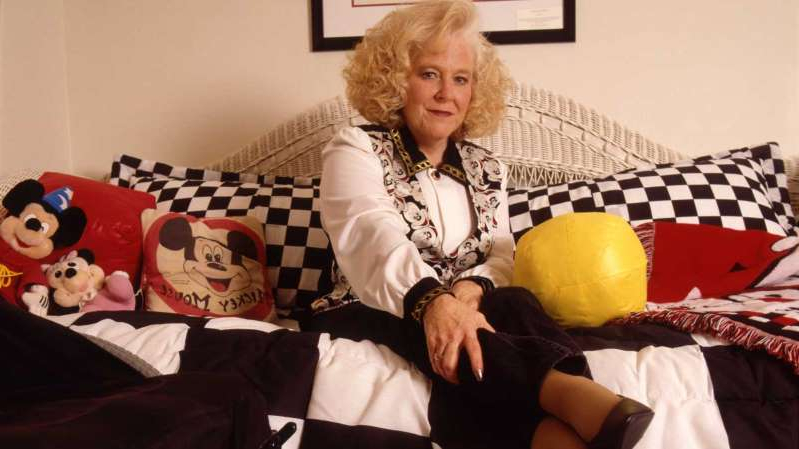 Sincere condolences to the Pendleton family from the MickeyBlog.com/MickeyTravels family.