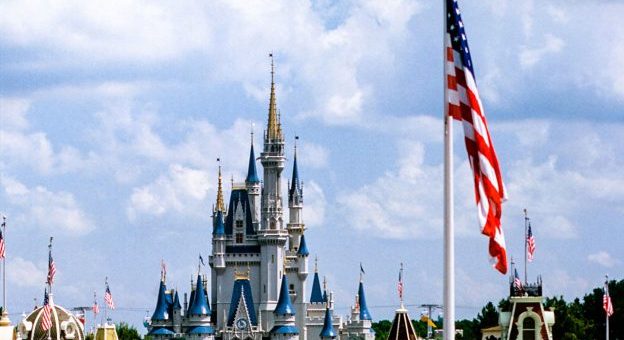 Yesterday here at MickeyBlog we shared two very important military offers with you with deep discounts for active and retired military members at both Walt Disney World and Disneyland Resort.  (Get a FREE quote by filling out our form here.) Today we are also excited to share with you some of the ways that Disney honors military service members every day.  From the daily theme park Flag Retreat Ceremonies to Disney’s Heroes work Initiative there are many ways that Disney works to embrace service members. Let’s take a look:

Taking military families to a galaxy far, far away

As you can see from the video above, before Star Wars: Galaxy’s Edge opened to guests at Disney’s Hollywood Studios, Disney invited members of America’s armed forces and their families to a special preview as a gesture of appreciation for their service. Five families were selected representing each branch of the military:  Army, Navy, Air Force, Marines and Coast Guard. The event was even hosted by Disney Parks, Experience and Consumer Products Chairman Bob Chapek. 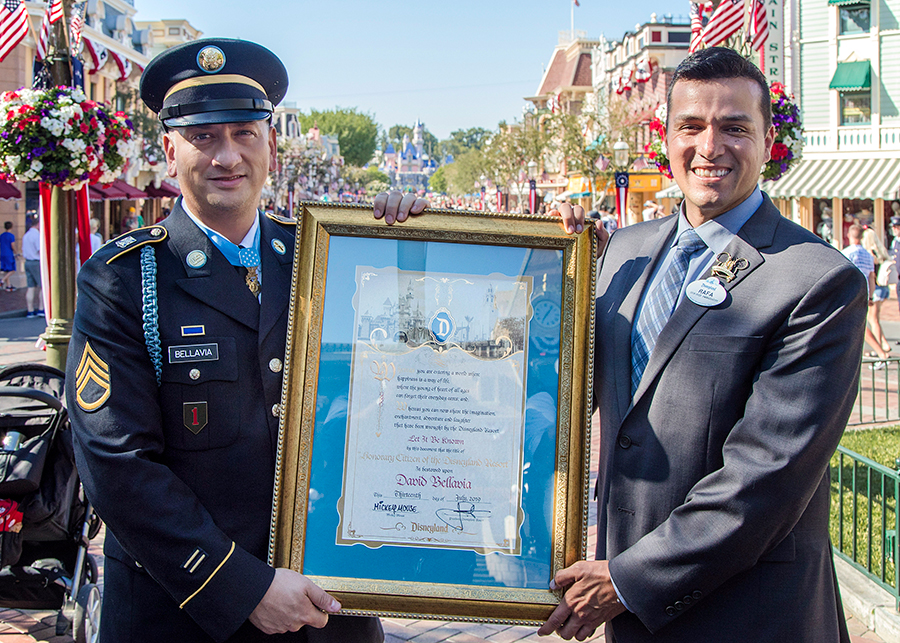 Honoring a Medal of Honor recipient

At Disneyland Park, Army Sergeant David Bellavia was recently honored during a special flag retreat ceremony. A Medal of Honor recipient, Bellavia was recognized for his heroic actions by Disneyland Ambassador Rafa Barron and members of SALUTE (a veteran focused employee resource group at Disneyland Resort and Walt Disney World Resort.) SALUTE is committed to enhancing the Disney experience for those Cast Members who have served in the military and those with a strong connection to it. 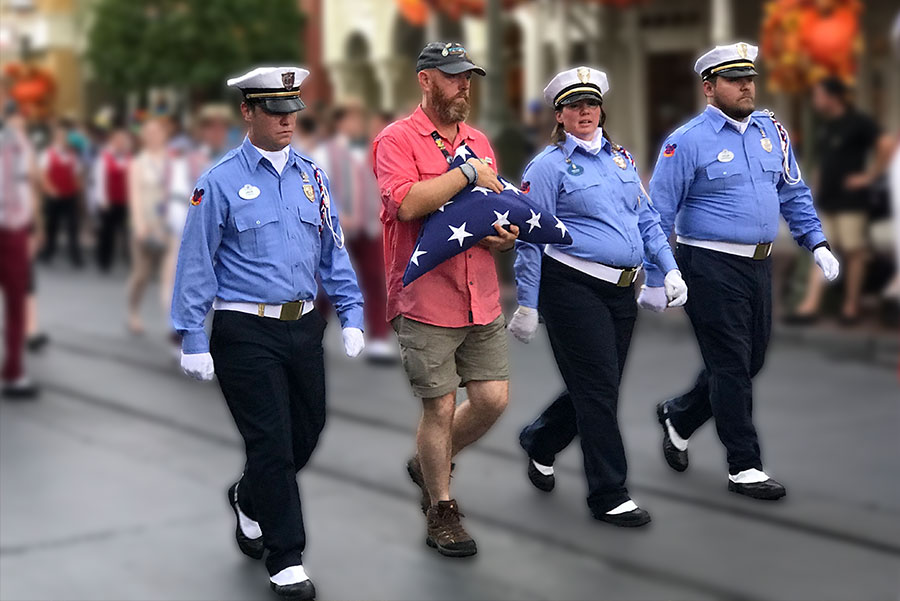 Honoring a veteran who continues to serve

Army veteran Jimmy Novak walked from his home state of Washington to the Walt Disney World Resort to raise awareness of the need for enhanced mental health support for veterans. The journey took five months and Novak walked more than 3,000 miles. Disney World celebrated his journey – and his birthday – in the Magic Kingdom where he was honored as Veteran of the Day in recognition of his accomplishment…and his service.

Thanking those who support wounded veterans

Disney also aims to salute those who serve with special offers on theme park tickets and accommodations for eligible current and retired U.S. military personnel at Walt Disney World Resort and Disneyland Resort. Now available for travel dates in 2020, you can find more details on these offers by filling out our form here to get your FREE, no-obligation quote from MickeyTravels.