There’s been a Disneyland shake-up of sorts this morning as The Orange County Register is reporting that Disneyland resort will get a new President at that the Anaheim parks current president will be moving over to Walt Disney World. 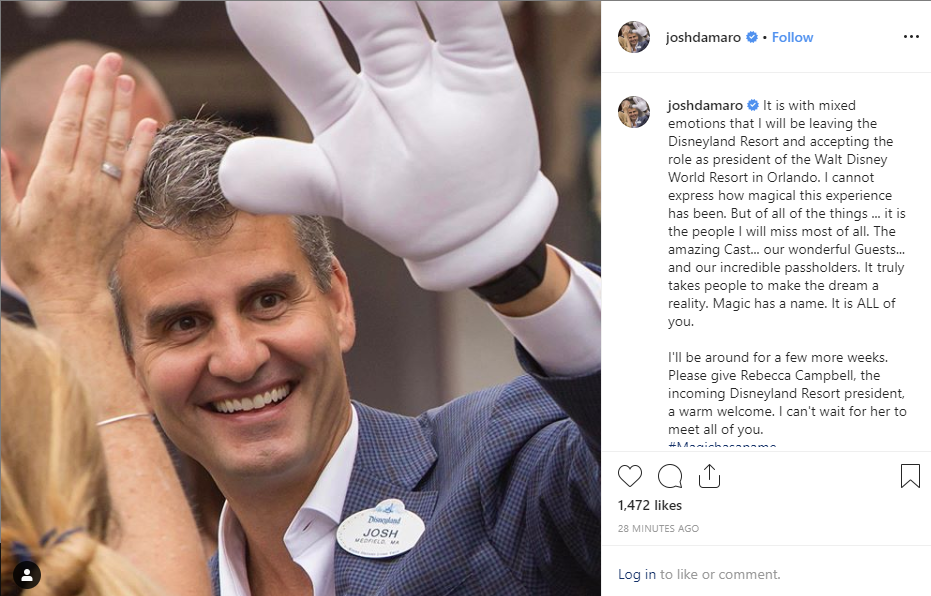 Insiders are seeing this as part of a current shake-up as a result of Star Wars: Galaxy’s Edge underperforming on both coasts when the new lands at Disneyland and Hollywood Studios opened up this year. As we reported yesterday Catherine Powell stepped down from her role as Disneyland President yesterday which many are attributing to Galaxy’s Edge.

Campbell is a 22-year Disney veteran and most recently served as the president of Disney’s international segment in Europe, The Middle East and Africa where she was responsible for Disneyland Paris and other media, motion picture and direct-to-consumer operations. In her new post,  Campbell will be responsible for overseeing Disneyland, Disney California Adventure, Downtown Disney and the resorts. That’s approximately 31,000 Disney employees.