Will A “Solo” Spinoff Land On Disney+?

Rumors are flying around saying that we may not have seen the last of Han Solo — or at least some of the characters — last seen in Solo: A Star Wars Story.

And that, my friends, makes me very, very happy.

That’s because Solo was a much, much better movie than you heard.

For the last few months, a #MakeSolo2Happen hashtag has been picking up steam on Twitter as people start do discover Solo: A Star Wars Story on home video and realize that it’s actually really good.

While we’ll probably not see a sequel or continuation of Han’s story, I’ve heard a rumor that some kind spin-off set after the events of the movie is being developed as a Disney+ series. As it probably wouldn’t be about Han, Chewie, or Lando; some kind of underworld series dealing with the Crimson Dawn and other scoundrels sounds the most likely.

Back in June of 2018, MakingStarWars reported that some kind of “Mos Eisley” film was in development at Pinewood Studios UK, and it was postponed when Disney changed their stance on the Star Wars spinoff films.

Oh, the places they could go…

Now other outlets have let imaginations hit hyperdrive. And that’s just fine with me.

We Got This Covered reported:

The movie doesn’t have the greatest reputation, suffering from some serious behind-the-scenes upheaval before debuting to mixed reactions from both critics and fans, becoming the lowest-grossing live-action entry in the franchise in the process. Despite this, Solo has become something of a cult favorite in recent months, and Disney could be set to capitalize on this newfound popularity by continuing the story on their own streaming platform.

While it seems unlikely that the show would feature Han Solo and Chewbacca at all, there are still several different approaches that a potential Solo series could take. The most obvious would be to follow the continued adventures of Donald Glover’s Lando Calrissian, with the story doing the rounds recently that Lando could end up getting his own limited show.

Or it could take the route of The Mandalorian and focus on the smaller corners of the Star Wars universe, with a crime story following crime lord Dryden Vos and the Crimson Dawn another possible angle. This could also give the option of bringing some fan-favorite characters back for cameo appearances, with Han, Chewie and even Darth Maul being potential candidates.

I have a good feeling about this…. 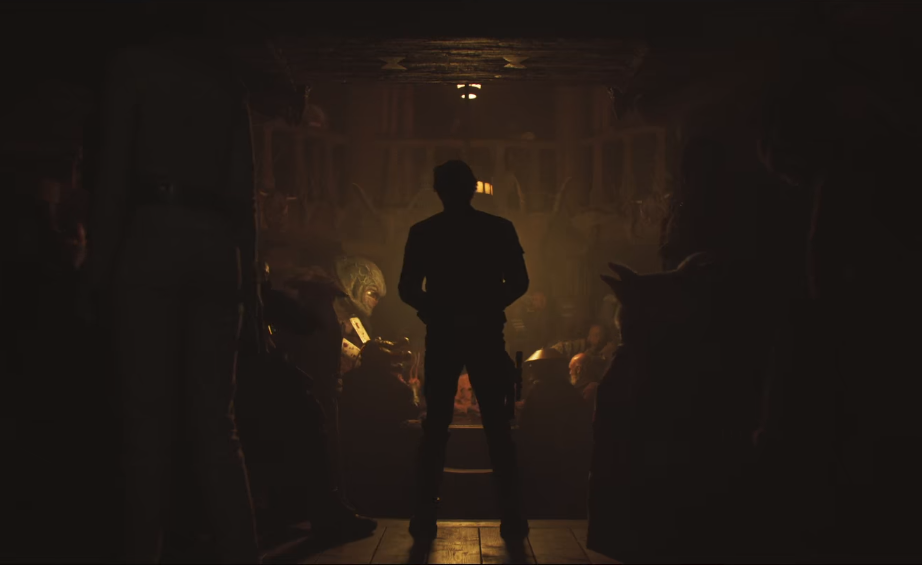 I’ll take it. Any of it. Especially if Lucasfilm decided to allow Alden Ehrenreich to put the jacket back on. He and the cast of Solo: A Star Wars Story — and Director Ron Howard — deserved better than they got.