The ESPN’s 40th Anniversary Was Celebrated With Record Ratings

Since ESPN’s debut on September 7, 1979 live sports have been at the heart of its programming.  The first viewers  tuned in  that day to cheer on the Kentucky Bourbons and the Milwaukee Schlitzes as they went head to head in a professional slo-pitch softball game. ESPN’s 40th anniversary was celebrated with the launch of a multi-platform lineup of content spotlighting the network’s biggest moments. This included a very special E:60 about that covered the inaugural live event telecast for the channel. And this weekend, ESPN had additional cause for celebration as the network concluded its most-watched US Open ever. 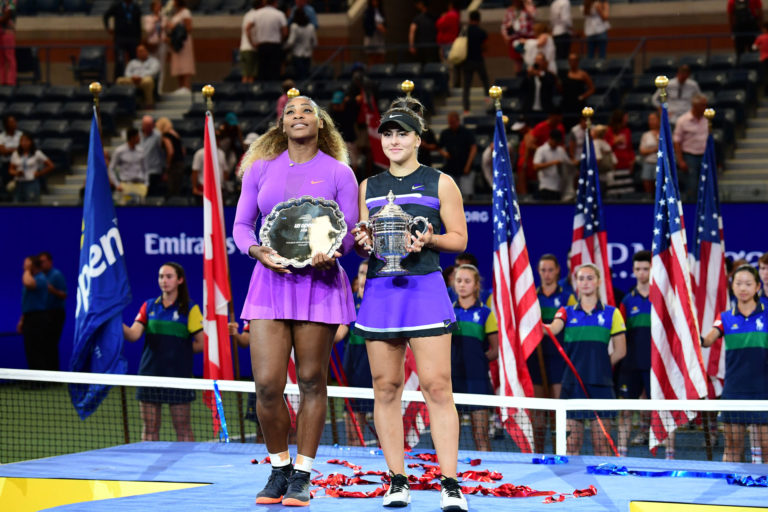 Airing Saturday, September 7, the US Open women’s championship—which saw Canadian teenager Bianca Andreescu upset Serena Williams—was the most-watched telecast of this year’s event, earning a 2.0 rating and an average of 3,219,000 viewers, ranking second all-time (behind only the 2015 men’s final at 3,321,000).

On Sunday, September 8, the five-hour, 15-minute telecast of the men’s championship posted a 1.6 rating with an average of 2,751,000 viewers. It is the most-watched US Open Men’s Championship since 2015. 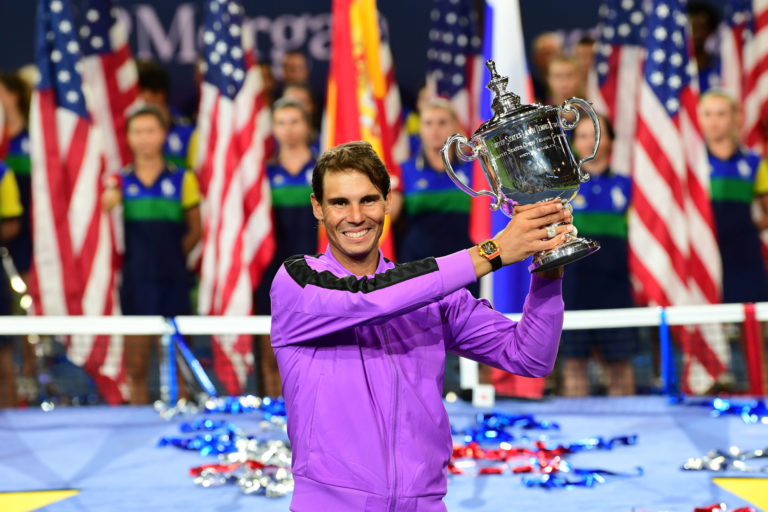 ESPN’s highly rated coverage of the US Open comes during a highly successful summer for the network, which marked overall ratings gains over last year for June (five percent), July (18 percent) and August (8 percent). Increases in viewership have been driven by live sports, such as Sunday Night Baseball, up 35 percent for July; the NBA Summer League, which saw a 35-percent increase on ESPN; and ESPN’s most-watched Wimbledon ever, up 30 percent from last year; as well as by its studio shows, with Get Up, First Take, the noon SportsCenter, Around the Horn and the weekend edition of SportsCenter AM all showing increases over consecutive months. With fall approaching, the college football season is already off to a fast start. In the first two weeks of the regular season, ESPN and ABC have combined to air the top six most-watched games of the season and every rated network is up vs. 2018.

Dozens of the talented people behind ESPN’s exciting lineup of content, as well as many of the network’s historic milestones over the past four decades, shared their personal stories in SportsCenter Special: ESPN’s 40, a one-hour program that aired last weekend on ESPN2, and with the network’s blog, ESPN Front Row. They also came together on Friday, September 6, the eve of the company’s 40th anniversary, for a festive event that was attended by more than 800 employees at ESPN’s Bristol, Connecticut headquarters and livestreamed to offices around the world. “Our mission is: to serve sports fans, anytime, anywhere,” said ESPN President and Co-Chair, Disney Media Networks Group Jimmy Pitaro. “It’s a constant reminder that ESPN is the place of record for sports fans… and a place where fans come together to celebrate the sports, the teams and the players they love.

“Today,” he said, “we’ll reflect on our past, celebrate the present and embrace our future.”