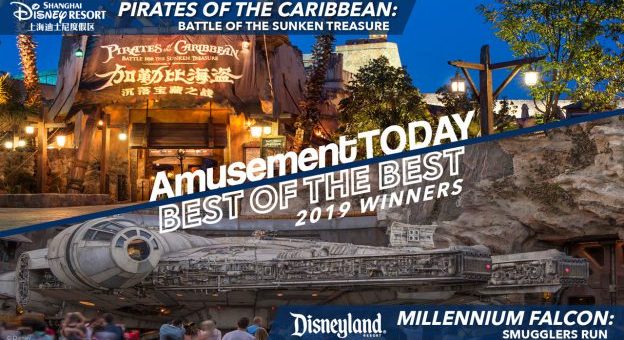 Yesterday Disney shared the exciting news that two of its attractions have been named winners of Amusement Today’s annual Golden Ticket Awards. The winners are Millennium Falcon: Smuggler’s Run at Disneyland Resort which topped the “Best New Family Attraction fo 2019” category and Pirates of the Caribbean: Battle for the Sunken Treasure at Shanghai Disney which took home the prize for Best Dark Ride in 2019.   These annual awards honor the “Best of the Best” in the amusement park industry with winners decided through an international poll. 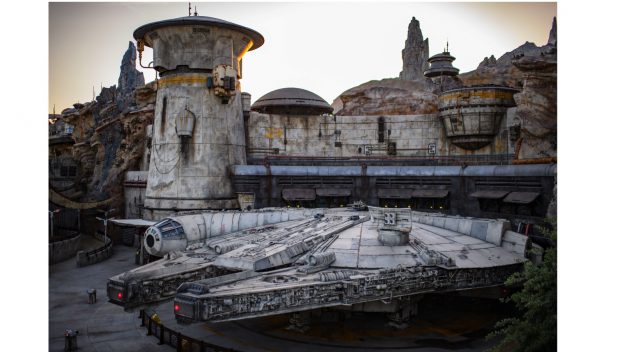 Since Millennium Falcon: Smuggler’s Run opened on May 31st at Disneyland and August 29th at Disney’s Hollywood Studios it has quickly gained accolades and become a guest favorite. This is due large and in part to the immersive and technologically advanced experience. Guests can choose for a variety of roles aboard the Millennium Falcon including pilot, gunner or engineer as your flight crew head out on an action-packed space mission! In addition to the Golden Ticket Award, the Galaxy’s Edge experience was recently named one of Time Magazine’s “World’s Greatest Places!” 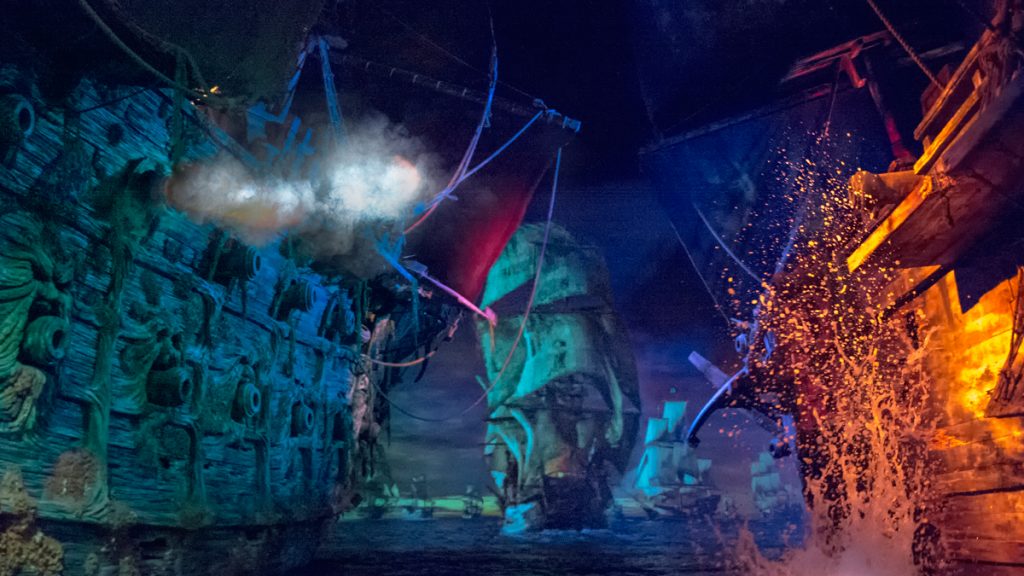 Since opening in 2016, Pirates of the Caribbean: Battle for the Sunken Treasure has taken Shanghai Disney guests on an exciting undersea adventure where your paths cross with pirates including Captain Jack Sparrow and even a mermaid or two. A state-of-the-art propulsion system and dimensional set pieces combine with large-scale media screens, audio-animatronics and special effects to create an attraction like nothing you’ve ever experienced before.  Prior to winning the Golden Ticket Award, Pirates also won the Visual Effects Society Award for outstanding effects and the Themed Entertainment Association Thea Award for Outstanding Achievement.

Though these two attractions are continents apart, they are united in their immersive storytelling that blurs the lines between reality and fantasy! Why not plan a visit to check out one (or both!) of these incredible rides? Getting started is easy! Simply fill out our form below to get your FREE no-obligation quote from MickeyTravels!