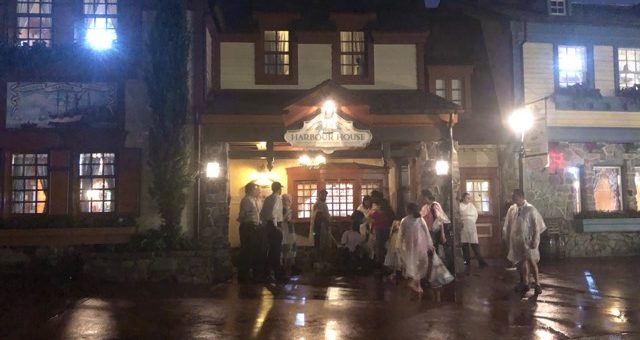 As of 8:30 pm, guests at the Magic Kingdom and throughout Disney began reporting that the power is out throughout the property.

Here’s a look at a dark street in Disney Springs:

Here’s another look at Disney Springs.

Thanks to the storm causing a power cut in Disney Springs, we’re relying on the flashing garlands for light. ? pic.twitter.com/QyCZBGXP7z

The power reportedly went out sometime around 8:30 p.m.  Pictures shared on social media show parts of the West Side and The Landing areas without power. According to a report on Spectrum News, many of the affected restaurants and shops were operating on backup power.

In addition, below is an image one of our roving reporters captured at Columbia Harbor House in the Magic Kingdom. Apparently, the restaurant was being evacuated this evening with fire alarms going off as a result.  There have been similar reports of evacuations at Pecos Bill’s in Frontierland. 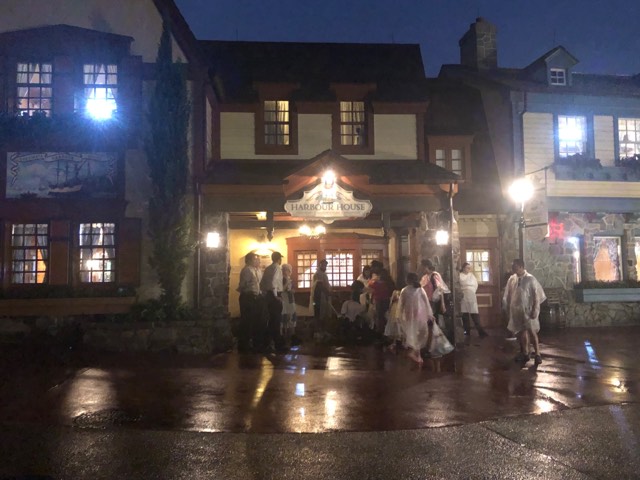 According to current reports popping up on Twitter, it would appear that the outage is due to storms in the area.  This is a story we’ll be watching closely here at MickeyBlog and we promise to keep you posted!