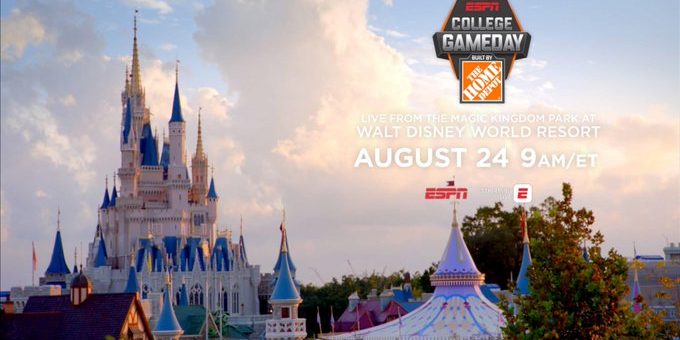 As I happily reported last week, ESPN’s College GameDay would be filmed live from the Magic Kingdom at Walt Disney World this Saturday, August 24. The official start to the 2019 college football season kicks off in Orlando on Saturday in a game for the ages between the mighty Miami Hurricanes and the overrated Florida Gators at the nearby Camping World Stadium. Fans were excited about the popular ESPN show broadcasting from the Magic Kingdom until it was realized that a ticket for entrance would be required and fans would not be allowed to bring in signs touting their favorite football team. 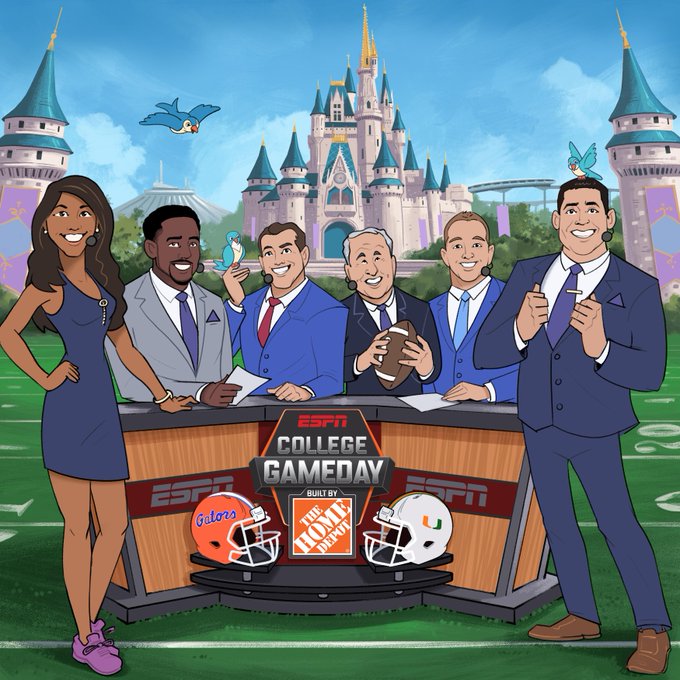 While a ticket is still required to enter the Magic Kingdom for the filming of College GameDay, I am happy to announce that the Magic Kingdom has changed its policy for just this one day and will allow signs into the Park. Here is the official release from ESPN/Disney:

Signs permitted during College GameDay broadcast at Magic Kingdom Park on Aug. 24 only

I don’t know about you but I am super excited to the kickoff to the College Football season and the College GameDay broadcast from the Magic Kingdom! Who is your team? Let us know in the comments below and GO CANES!

Let’s start planning your visit to Walt Disney World and any other Disney Destination! Fill out the form below or send an email to Holly@MickeyTravels.com for a FREE, no-obligation quote to book your Disney vacation. As an agent with MickeyTravels (a Platinum Earmarked Agency), I will be on hand to help you with everything from finding your perfect package to nabbing those hard-to-get dining and FastPass reservations. I work with all Disney Destinations. Best of all, my services are absolutely FREE. Get in touch via email at Holly@MickeyTravels.com or calling 954.401.9577. Also, make sure to CLICK HERE to follow along with my Facebook page for all things Disney and giveaways!