Once Upon A Time In Hollywood With Julia Butters

[Spoilers For Once Upon A Time In Hollywood ahead] How many Disney films begin with “Once upon a time…?”

I guess in the end, it doesn’t matter. Most of Walt Disney’s movies, especially the classic fairy tales, are the “Disney version”; brutal, scary stories that have (thankfully) been given the “Disney treatment.” And there are some who think that Once Upon A Time In Hollywood is Quentin Tarantino’s Disneyfied version of a very, very dark day in Hollywood.

However, and even with that backdrop (and given Tarantino’s feud with The Walt Disney Company), the biggest surprise for this Disney beat writer was a 10-year-old ABC actor declaring Uncle Walt a genius and nearly stealing the entire show. 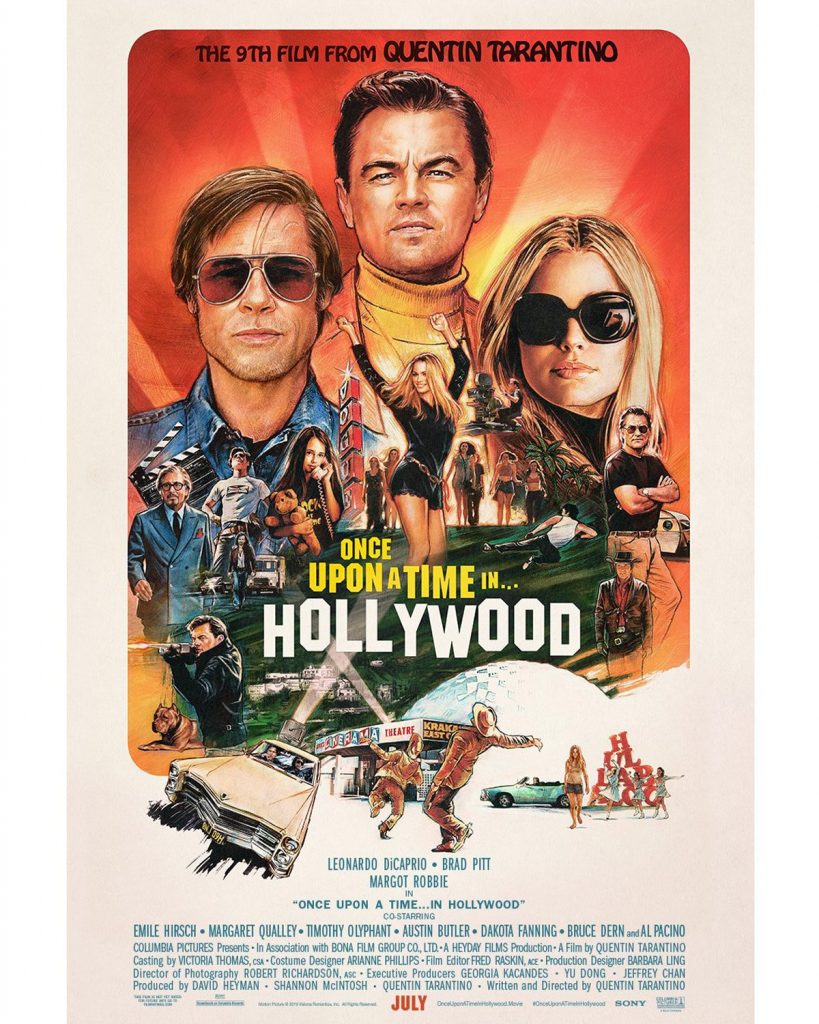 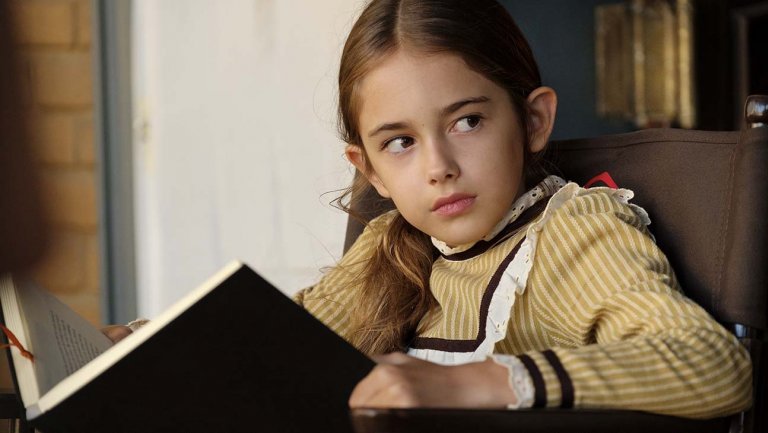 Near the middle of the film, Rick Dalton [Leonardo DiCaprio] is trying to relax on set and takes a seat next to a precocious 8-year old method actor (Julia Butters) as she reads a biography on Walt Disney, who had just died three years prior. The specter of his recent death is just another reminder of that uneasy transition of this version of Hollywood, one that Tarantino so clearly loves.

During the scene, DiCaprio breaks down into tears thanks to the in-the-text subtext of the film. He’s reading a western potboiler about a bronco buster in the middle of his own mid-life transition, trying to make his way in a scary new world, but everything seems so dark. The story he’s reading is a metaphor for his own life, but too on-the-nose to be the actual point of the scene. The real subtext of the scene comes in the effusive praise the young ingenue has for Walt Disney. “He was a visionary” she explains to Dalton. She tells him that Disney’s like would come only once a generation.

This is cluing us in on Tarantino’s own insecurity and reason for telling this particular fairy tale the way he does. As we finally get to the brutal climax of the film, the horrifying nature of the original story is given the Disney treatment. Little Red Riding Hood is saved from being eaten by the wolf. Walt Disney did this with many of the gruesome fairy tales he adapted. He softened the edges and gave each princess their own happily ever after.

The metaphors continue, as there are even two knights (errant) in this tale.

The LA Times Kenneth Turan explained in his review:

Inspired by real-life relationships like those between Burt Reynolds and Hal Needham or Steve McQueen and Bud Ekins, the pair [of Dicaprio and Brad Pitt] function here a bit like Raymond Chandler’s tarnished knights, doing good despite themselves, an association heightened by a bookstore scene reminiscent of one in Humphrey Bogart’s “The Big Sleep.”

But in the end, what I walked away with was Butter’s — the fairy — giving encouragement (fairy dust) to failing actor (DiCaprio’s would-be Prince Charming), who saves the Princess (Margot Robbie as Sharon Tate).

Instead of Grimm’s Fairy Tales, Tarantino reaches to one of the darkest chapters of cinema’s history and gives it a classic Hollywood ending, a Disney ending, sparing us from the brutality of reality. The princess gets her happily ever after. 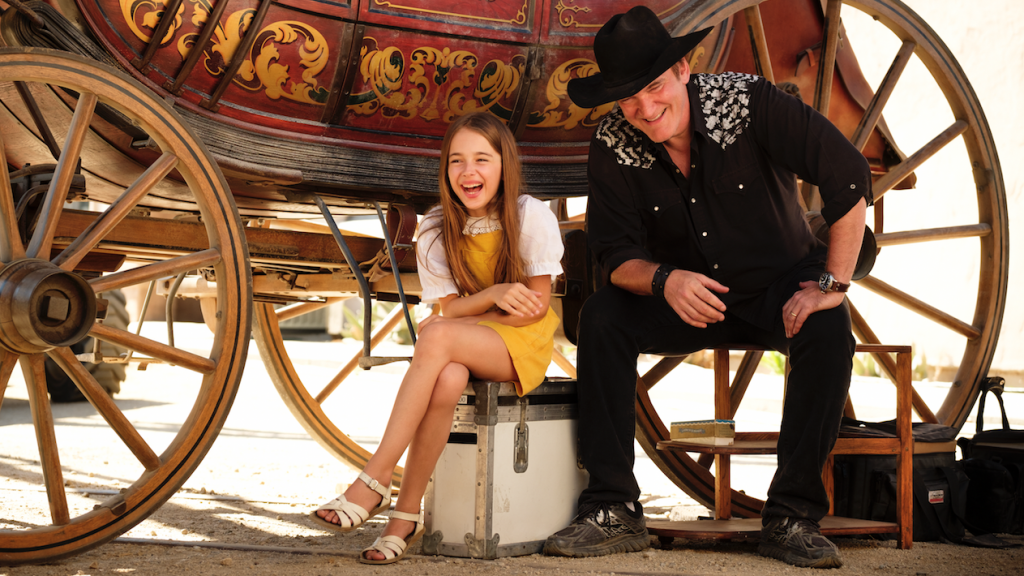 But I, for one, could’ve stepped into the first two acts of the movie; happily sitting (sans cell phone) reading next to Leo and Julia on set somewhere in Burbank (?), or near Margot sitting bare feet up in a classic movie theater, or — heck — helping Brad with the TV antenna in the Hollywood Hills (with my shirt on, thank you very much).

Of course, the ending — despite its revision — left me beside myself, pondering the meaning of the movie and the sadness of the actual day.

However, in Once Upon A Time In Hollywood, beyond the Disney treatment of an awful day in Hollywood history, I think we saw the start of an even more fantastic Tinseltown tale, with ABC’s young Ms. Butters — whom DiCaprio compared to a young Meryl Streep — in the lead role. 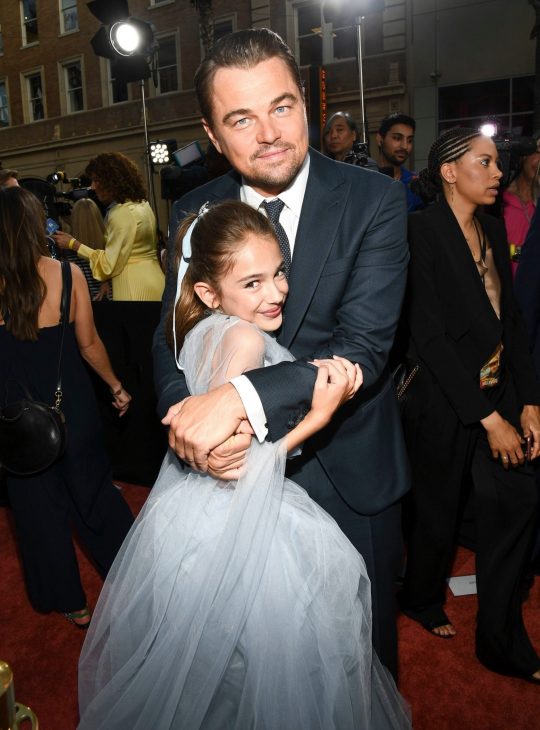 To be sure, Once Upon A Time In Hollywood is a very rated “R” movie, and much of the rest of the plot is as adult as it can get. That said, it is the best movie I’ve seen this year, and adult audiences will enjoy much of the film for nostalgia’s sake alone. As for the kids, take them to Hollywood Studios or Disney California Adventure. And don’t forget to watch Julia Butters in ABC’s American Housewife.