The Carousel of Progress remains a favorite among Disney fans, but sometimes the historic Walt Disney World attraction shows its age.

Nice reporting from Nick at MagicalNewsLive! Check out all four clips from the “silent” ride.

All attractions at Disney Parks suffer shutdowns, but given its historical importance, we’re happy to see it in Tomorrowland.

A little background from the official WDW site: 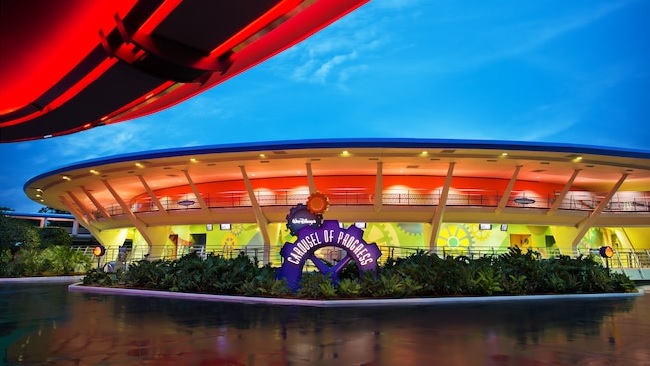 Walt Disney originally conceived the show as part of a new area at Disneyland Park called Edison Square. When the concept was abandoned, the idea was reimagined, eventually opening under the name “Progressland” at the 1964-65 New York World’s Fair.

With the classic song “There’s a Great Big Beautiful Tomorrow” by the Academy Award®-winning team of brothers Richard and Robert Sherman, the show was an instant hit. Following its success, the show moved to Disneyland Park and was renamed “The Carousel of Progress.”

In 1975, the attraction moved to Magic Kingdom park where it was rewritten and restaged with a new theme song, “The Best Time of Your Life.”

In the true spirit of progress, the show was reworked in 1994 to its initial incarnation with the original theme song intact—as a tribute to nostalgia.

Here’s hoping that Walt Disney’s Carousel of Progress stays in operation for as long as possible (perhaps with an update).

What do you think of the Carousel of Progress? Is it one of your family’s favorites? Let us know in the comments.