Are you ready for some football? If the answer is yes then I have some fun news to share! For the fourth straight year, the 2020 Pro Bowl, presented by Verizon, is returning to Orlando on Sunday, January 26 at 3:00 PM ET.

Fans not able to catch the action live can still watch the 2020 Pro Bowl on ESPN, ESPN Deportes and simulcast on ABC. As we get closer to the big day additional distribution on digital and audio platforms will be announced.

“We’re thrilled to return to Orlando for the fourth year in a row and bring the Pro Bowl experience to the city of Orlando, our fans, players and partners,” said PETER O’REILLY, NFL Executive Vice President, Club Business & League Events. “We’re happy to provide not only a week-long celebration of football, but also to extend the celebration of the NFL’s 100th season throughout this year’s Pro Bowl.”

Fans in attendance can watch and cheer on the Pro Bowl players as they enter the stadium on the Pro Bowl Red Carpet, bringing them closer than ever to the NFL’s All-Stars. Family-priced sections, concession deals and “Kid Zone” activities will be available inside the stadium. Pro Bowl rally towels will also be distributed for fans to root for their favorite players. Additionally, fans will be able to enjoy a post-game fireworks show to cap off the celebration. On the televised broadcast, viewers will be treated to unique player access including mic-ed up players.

Tickets for the 2020 Pro Bowl will go on sale later this year. Fans interested in purchasing tickets may register at http://www.nfl.com/2020probowl for presale opportunities. Season Ticket holders for all 32 teams will automatically be included in the presale, and all previous Orlando Pro Bowl ticket buyers will receive priority access to purchase tickets.

On Location Experiences – the Official Hospitality Partner of the NFL – will also be offering exclusive Pro Bowl ticket packages once again to fans in 2020. Packages can include pregame hospitality, roundtrip gameday transportation, hotel accommodations and an opportunity to step onto the Camping World Stadium turf during pregame warmups. Various ticket packages will be available at www.nflonlocation.com/probowl prior to the public ticket on sale. 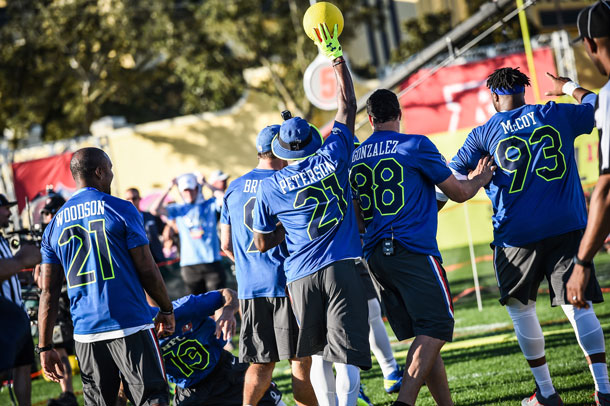 The NFL will provide fans of all ages with unique opportunities to be a part of festivities associated with PRO BOWL WEEK. The NFL will host events across the Orlando area, bringing new experiences and activities while commemorating all levels of football – from youth to the NFL’s best.

Pro Bowl Week festivities in Orlando will include the NFL FLAG CHAMPIONSHIPS, which will culminate live on ESPN/ABC on Pro Bowl Sunday during pregame; the announcement of the prestigious DON SHULA NFL HIGH SCHOOL COACH OF THE YEAR AWARD; ESPN Wide World of Sports Complex at Walt Disney World Resort – which annually hosts more than 100 entertainment and sporting events – will once again be football headquarters during the week leading up to the NFL’s All-Star game. The sports complex will be home to the NFL PRO BOWL EXPERIENCE, which is a free football festival, and fans will also have fan access to AFC and NFC TEAM PRACTICES. In addition, Pro Bowl Week will include the return of the PRO BOWL SKILLS SHOWDOWN, testing the athletic prowess of All-Stars from each conference in unique competitions.

The Pro Bowl Skills Showdown will be telecast on Thursday, January 23 in prime-time on ESPN with re-airs on ESPN, ESPN2, ESPN Deportes and ABC.

“Orlando has embraced hosting the Pro Bowl the last three years and we’re excited to welcome NFL fans from around the world, as well as the league’s best players, back to our city this January,” Orlando Mayor BUDDY DYER said. “We are grateful for our partnership with the NFL and believe that the league’s decision to again return a marquee event like the Pro Bowl to Camping World Stadium further strengthens Orlando’s status as one of the nation’s premier sports destinations.”

“We are thrilled the Central Florida community continues to be the NFL’s number one pick for the Pro Bowl,” said Orange County Mayor JERRY DEMINGS. “Football is a family sport, and no area is as family-friendly as Orlando. We look forward to finalizing the plans for Pro Bowl 2020.”

“Over the past three years, the Pro Bowl has been an exciting and impactful annual experience for Orlando residents and visitors alike,” Florida Citrus Sports CEO STEVE HOGAN said. “The Central Florida community has embraced this tremendous, family-friendly event from day one, and we couldn’t be more excited to welcome the NFL and its players, coaches, families and fans back.”

Huddle for 100 will come to life during NFL Pro Bowl week through volunteer events in which all Pro Bowl players will give their time towards bettering Orlando and its surrounding communities. Huddle for 100 is the NFL’s initiative to have 1 million people volunteer 100 minutes of their time – with an end goal of 100 million service minutes by Super Bowl LIV on Feb. 2, 2020 at Hard Rock Stadium in Miami to celebrate the League’s 100th season. In addition, players on the winning Pro Bowl team will be eligible to receive a grant provided by the NFL Foundation to support the high school or youth football programs of their choice.

The 2020 Pro Bowl presented by Verizon will follow the traditional AFC versus NFC format and feature 88 of the best NFL players – 44 from each conference – as determined by a consensus of votes by fans, players, and coaches. Both teams will be led by offensive and defensive NFL Legends who will serve as captains representing each conference.