Disney+, Hulu, and ESPN+ to Be Bundled Together for One Low Price

Rumors had been swirling that when Disney+ is released this November that it might be bundled with Hulu to give consumers access to both streaming services for one low cost. Today, during Disney’s 3rd Quarter earnings call; CEO of Disney, Bob Iger did confirm this option will be coming to a TV screen near you. In addition, ESPN+ will also be available in this bundle.

The price you ask? Just $12.99 a month! This is a great deal considering that competitor Netflix is $12.99 a month for its most popular plan. If you elect just to subscribe to Disney+ it will be only $5.99 a month.

If you aren’t familiar, ESPN+, it offers customers access to a selection of live games from MLB, MLS, Serie A, FA Cup, EFL, NHL, and college games along with Live UFC Fight Nights, 30+ Top Rank Boxing cards, Grand Slam tennis from Wimbledon, US Open and Australian Open.  Customers also can stream award-winning ESPN originals including 30 for 30 and E:60. There are also exclusives that are only available on the streaming platform. The current cost for ESPN+ is $4.99 a month. ESPN+ is owned by the Walt Disney Company.

Hulu, which was acquired by Disney in the 21st Century Fox deal is currently $5.99 a month with ads. 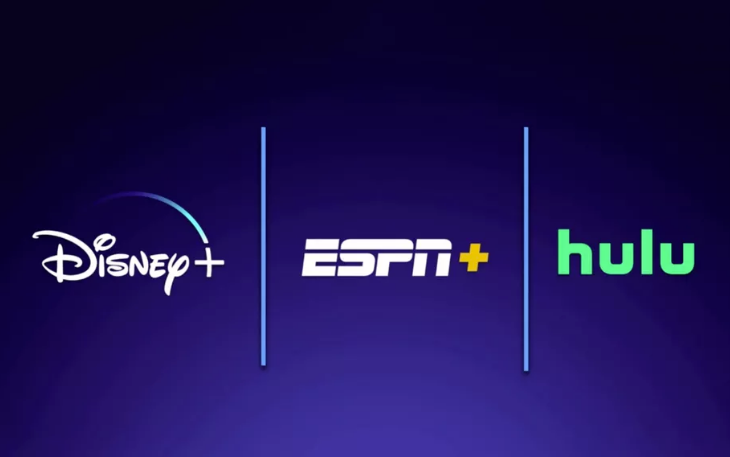 Upon its launch, the Disney+ bundle launch will only be available in the United States. It’s uncertain if it will later expand to other countries.

During the call, Iger said that the Disney+ product will be, “The most important product the company has launched in my tenure.” He went on to say in a press release, “The positive response to our direct-to-consumer strategy has been gratifying, and the integration of the businesses we acquired from 21st Century Fox only increases our confidence in our ability to leverage decades of iconic storytelling and the powerful creative engines across the entire company to deliver an extraordinary value proposition to consumers.”

While not confirmed, the Disney+ bundle should be available via Amazon, Apple, and other distributors to be announced at a later date.

Disney+ and the just announced bundle with Hulu and ESPN+ will be available on November 12, 2019.

Will you be subscribing to the Disney+ bundle? Let us know in the comments below!