In case you missed it at ComicCon we here at MickeyBlog have some exciting news to share with all you DuckTales fans!  Get ready for season two! That’s right. Disney debuted a brand new trailer for the second season of the rebooted animated series during the San Diego Comic-Con panel on Friday!

Highlights of the season are sure to include the introduction of  Lin-Manuel Miranda’s character Gizmoduck as well as Jaime Camil’s Don Karnage questioning his mission to destroy “Dewey Duck!” From the trailer, it’s evident that there are lots of adventures to come that will apparently span space and time!

Also appearing in Season 2 are Catherine Tate as Magica, Julie Bowen and Lance Reddick as Lt. Penumbra and General Lunaris. It also marks the return of Danny Pudi, Ben Schwartz and Bobby Moynihan as Huey, Dewey and Louie as well as David Tennant as Scrooge McDuck. 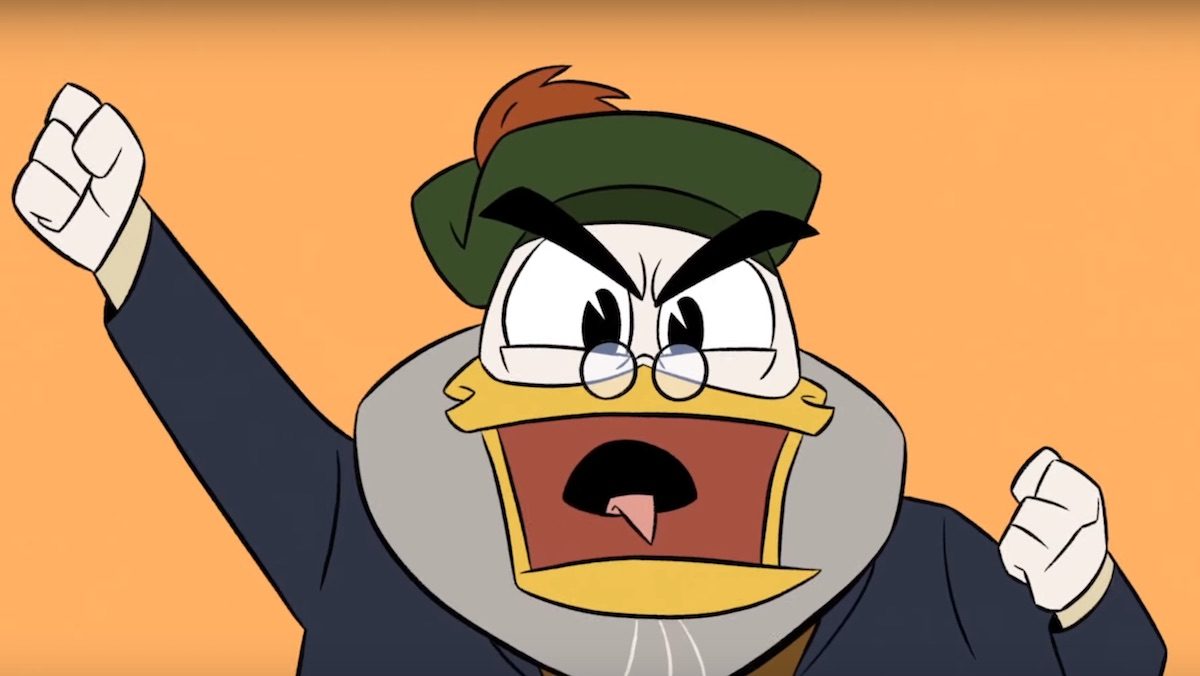 Something else released at Comic-Con that we couldn’t wait to share with you is an exclusive video of Scrooge’s nemesis, Flintheart Glomgold taking over “Theme Song” duties and open animation credits in a hilarious new video that is sure to go viral.

The new take on the DuckTales theme song comes courtesy of Keith Ferguson, whose cranky character takes over the beloved theme song with his distinctly unique version.   “Theme Song Takeover – Glomgold Takes Over DuckTales” also debuted during the Comic-Con panel.

Glomgold’s version of the DuckTales theme tune is part of Disney Channel’s “Disney Teme Song Takeover” short-form animated series.  The series spotlights popular animated characters doing their own unique takes on theme songs of some of your favorite televisions series complete with hysterical new lyrics! Another one you’ll definitely want to check out is Launchpad Mcquack!

Readers are encouraged to keep following along with MickeyBlog for the latest Disney Channel news and update!