Have You Heard About Chance the Rapper’s Cameo in ‘The Lion King?’ 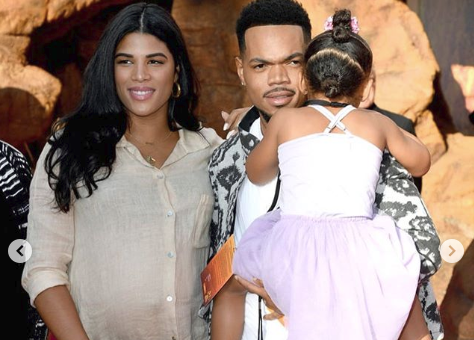 Since the news first broke about the live-action version of Disney’s beloved film “The Lion King,” much attention has been paid to the all-star cast that was assembled for this groundbreaking cinematic achievement! From Donald Glover as Simba to Beyoncé as Nala, all eyes have been on the amazing team assembled. But did you know that Chance the Rapper also had a cameo in the film!? Yep. Neither did we. Until now…

Following the official Hollywood premiere of the film earlier this week, Chance the Rapper revealed that he was involved with the film having signed on as a consultant for the recording process at director Jon Favreau’s request!

Here’s a short story. I grew up my whole life obsessed with all things related to #TheLionKing; like all three films, the Timon and Pumbaa tv show, the broadway play and especially the broadway soundtrack. Needless to say the original film was immensely impactful on my music and overall life. So when my big bro Donald got casted as Simba, he did the coolest thing ever and told director Jon Favreau to call me in as a consultant to keep the original flavor. So for about a year I would go to the LK studio and see early animations, scenes, music direction or assemblies and they’d always be out of this world amazing. One day I’m there Jon asked me to do some singing stuff, another day he asks me to do some lines. Its all a blur, but I’ll tell u its one of the best blurs of my whole life. I am so blessed to know people like Donald and Jon man. AMAZING FILM, AMAZING CAST AND AN AMAZING NIGGHT LAST NIGHT. GOD BLESS AND LONG LIVE THE KING

Not only is the story wonderful but the photos of Chance the Rapper experiencing the opening night festivities with his family are absolutely priceless!

However, if you look closely, you’ll also notice from the last image above that Chance the Rapper actually has a role in the film! From the closing credits, it shows him in the role of  Bush Baby! We for one can’t wait to check out his contribution!

We continue to be amazed by the incredible talent assembled for this magnificent production.  Don’t miss your chance to experience it for yourself when “The Lion King” opens in theaters on July 19th.

Readers are encouraged to keep following along with MickeyBlog for the latest Disney news, planning, tips, tricks and more!