How awesome is this!? Here at MickeyBlog, we reported a while back that fans of Google Street View could now enjoy a walkthrough of Toy Story Land! Today, we love sharing the news that in classic Pixar fashion,  Hollywood Studios was sure to include a handful of Easter Eggs throughout the Street View Tour paying homage to many of Pixar’s other films.

So if you have a bit of time this weekend, visit Google Street View and see if you can find the following Easter Eggs for yourself! 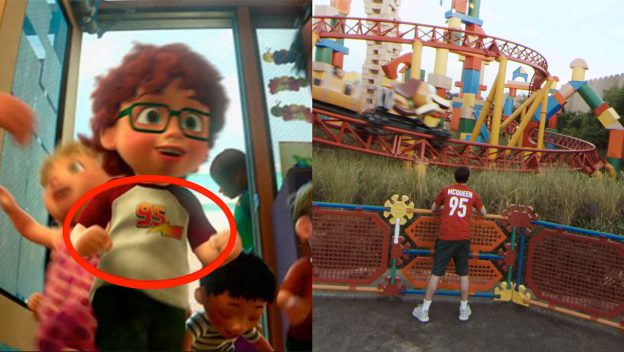 The Easter Eggs in Toy Story Land include a sports jersey bearing the name “McQueen” and the number “95,” in reference to Lightning McQueen, the protagonist from the “Cars” films. 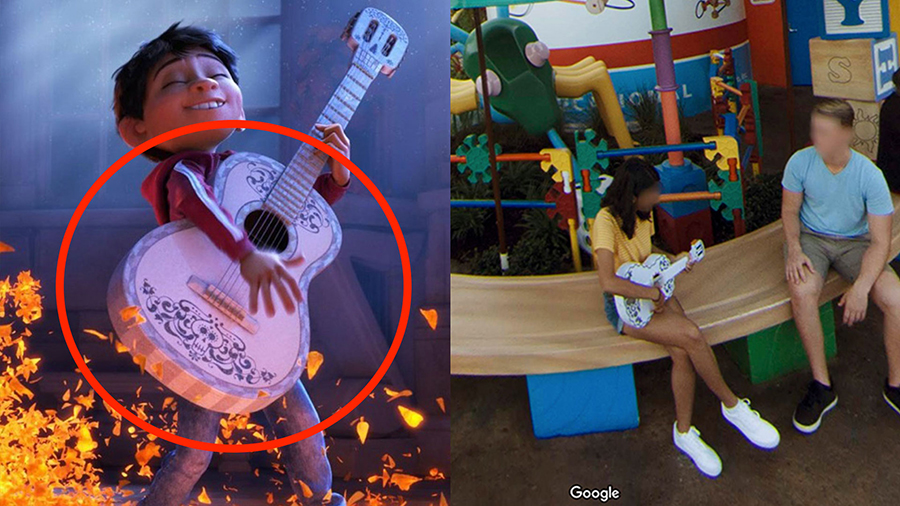 Sitting on one of the benches in the park you’ll find a guest playing a guitar that is a replica of Miguels from the film Coco. 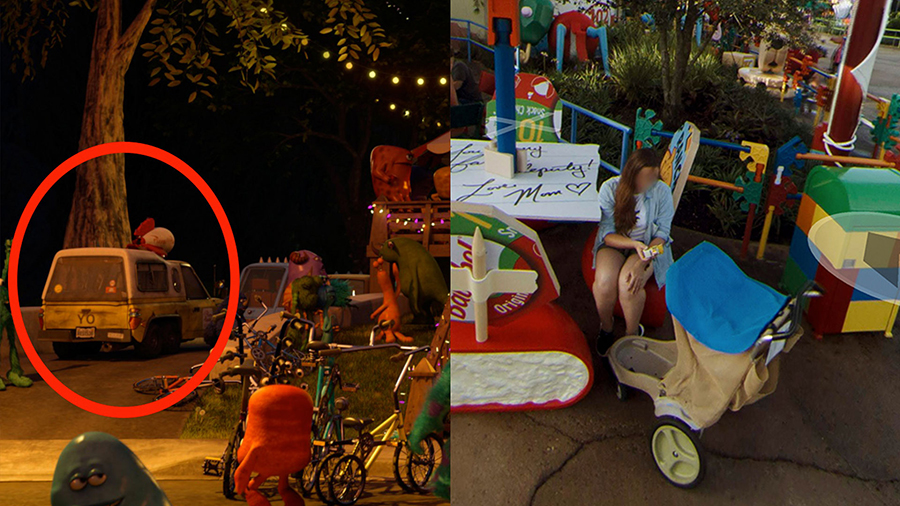 In this picture, this mom with her child can be seen holding a replica of the Pizza Planet delivery truck that makes an appearance in each Pixar film! 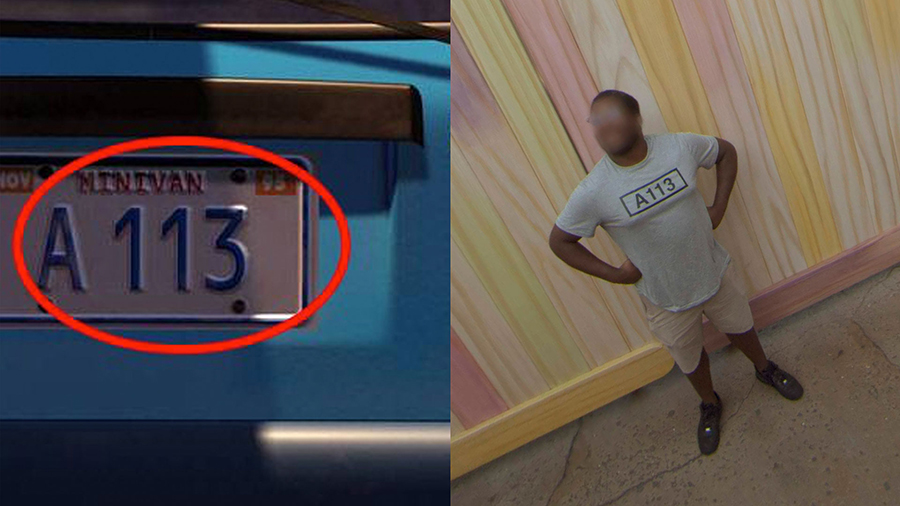 The guest above can be seen posing in front of the popsicle stick wall. His shirt bears the number A113 which represents a classroom at the Cal Arts school that appears in every Pixar film. 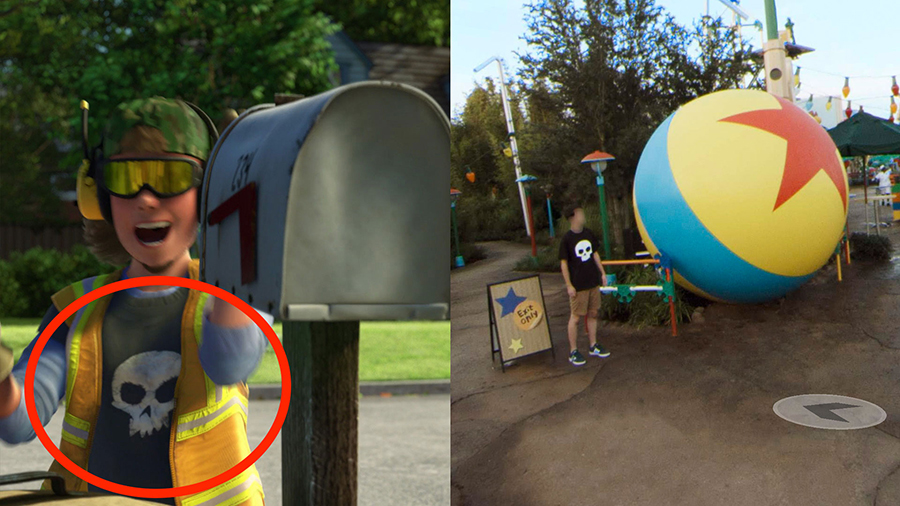 Above you can see a guest posed as Sid, the main antagonist from the first “Toy Story.” 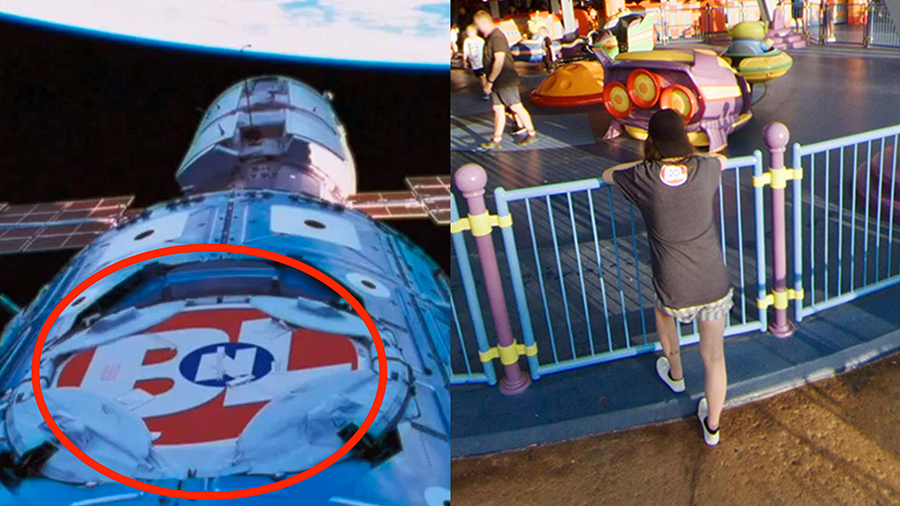 Near Alien Swirling Saucers you’ll find a guest wearing the  Buy n Large logo  (a fictional brand cropping up many times in the Pixar films!) 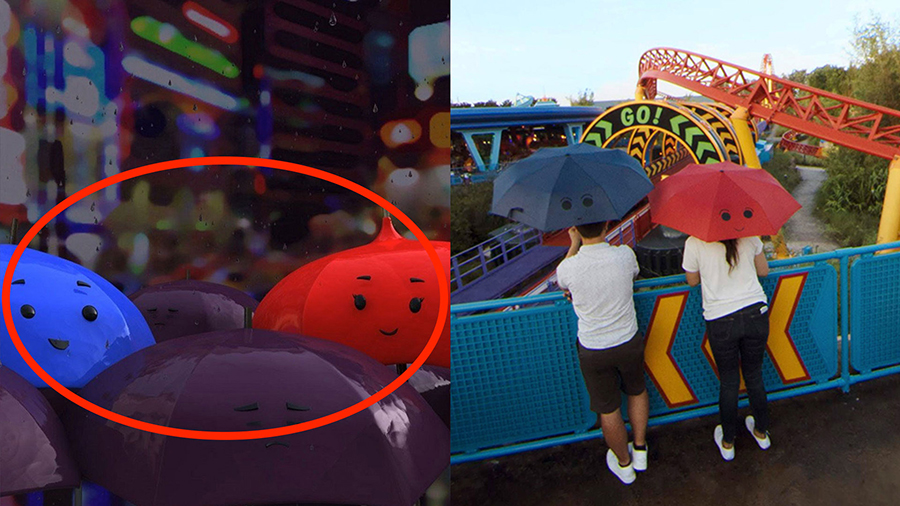 Above you can see guests att he observation wall for Slink Dog dash paying a tip-of-the-hat to the Pixar short “The Blue Umbrella.” 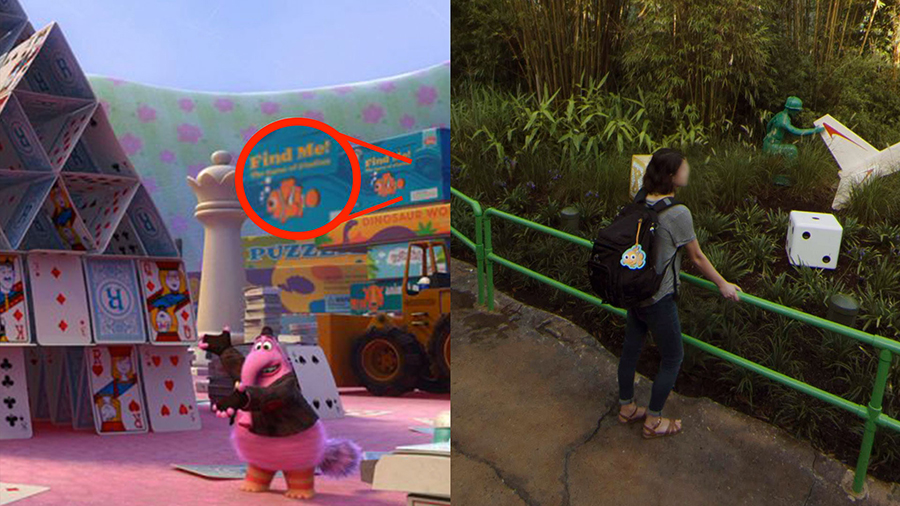 And last but not least, this guest has is giving a little nod to Nemo on their backpack!

Toy Story Land is part of a series of Disney Parks imagery on Google Street View that includes theme parks, water parks as well as a variety of areas at Downtown Disney District and Disney Springs. You can also see what it’s like to tour Pandora – The World of Avatar, Magic Kingdom Park and more.  You can check out Toy Story Land in Google Street View and other Disney Parks locations to help you get excited about your next vacation!