Imagination Pink Treats Have Arrived at the Theme Parks

It’s time to think pink with Disney’s delectable new mix of Imagination Pink treats.  You’ll find this dazzling new hue featured on nearly every type of delicious treat imaginable at both Disneyland and Disney World throughout the Summer.  And each of the treats featured on our list pairs perfectly with the new line of Imagination Pink spirit jerseys, headbands, backpacks and more.

Here’s a quick look at some of our favorite Imagination Pink eats:

This Imagination Pink version of The Ganachery’s famous pinatas is made up of a chocolate sphere filled with vanilla bean marshmallows and crispy pearls and decorated with a pink Minnie Ears headband.

Sample the summer berry ganache which is enrobed in dark chocolate and topped with an imagination pink Mickey stamp. 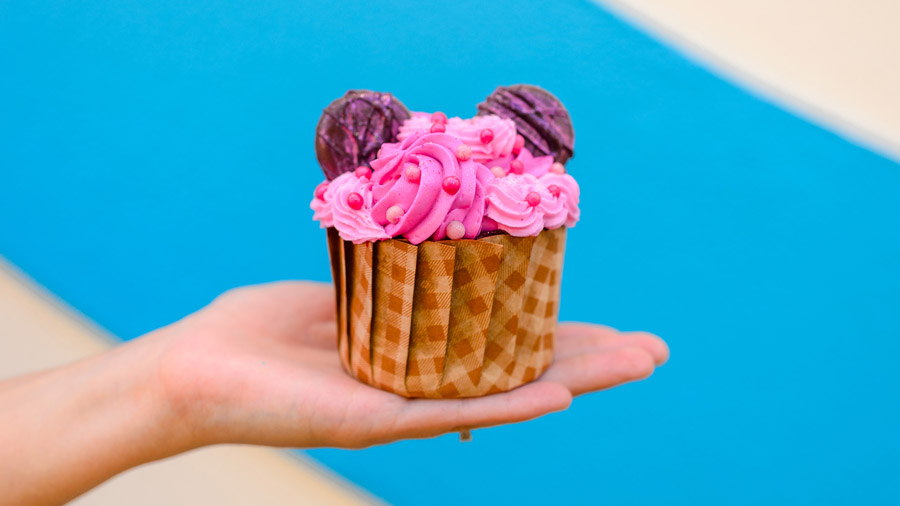 This cupcake is almost too beautiful to eat. It’s made up of a yellow cupcake base with guava filling and topped with cream cheese buttercream and chocolate mouse ears. 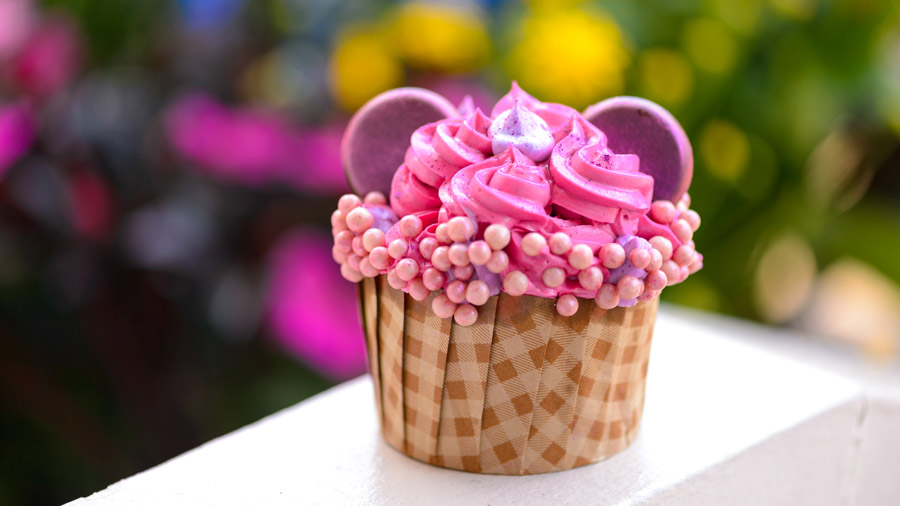 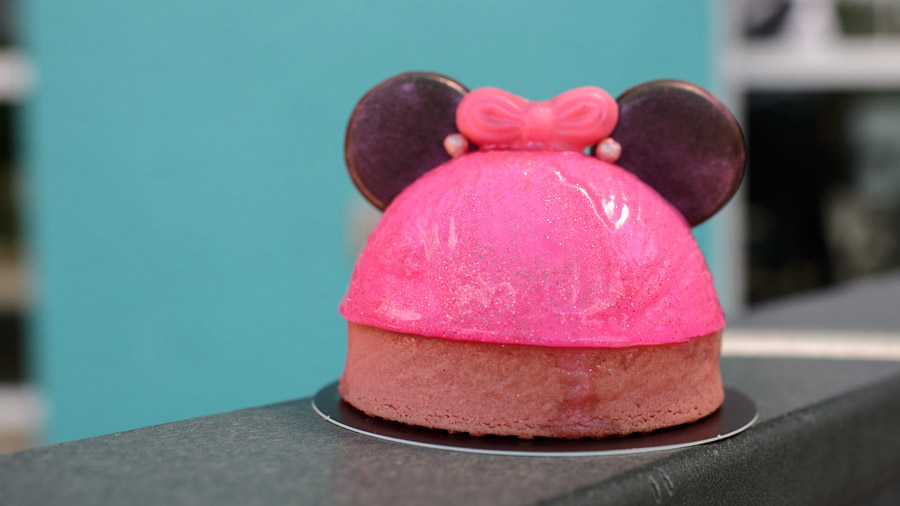 Sure to be the libation of the Summer, this crafty cocktail features cherry vodka, almond liqueur, and strawberry purée topped with whipped cream.

The Poly’s version of the Imagination Pink cupcake features a vanilla cup base with red berry cheesecake filling.

Frozen lemonade with watermelon and desert pear. For adults, you can also get it with blackberry moonshine whiskey. 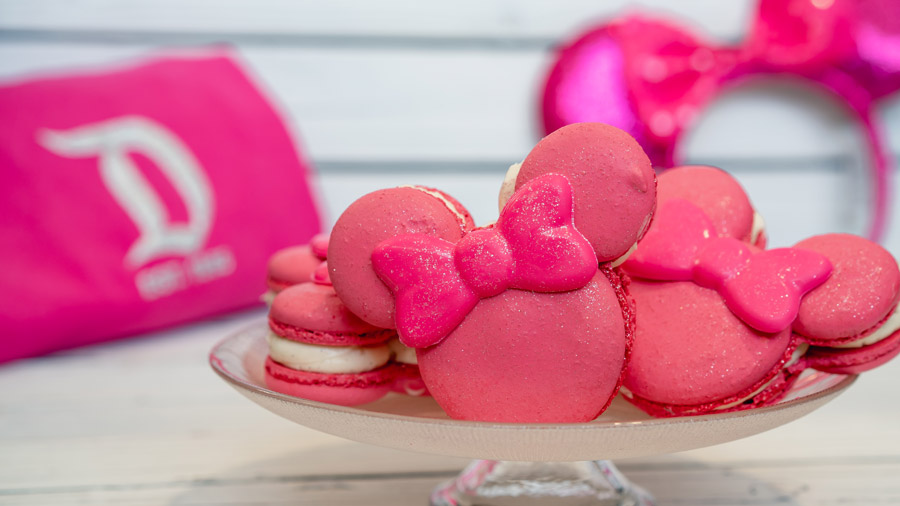 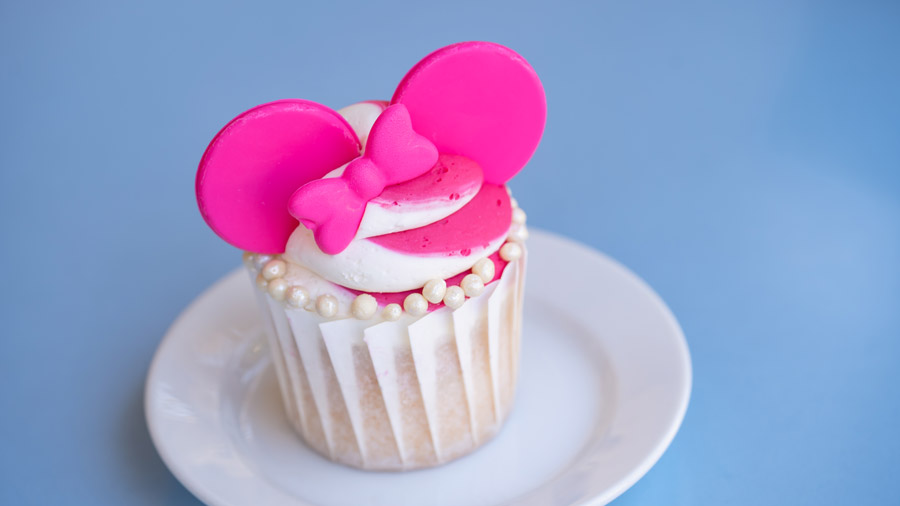 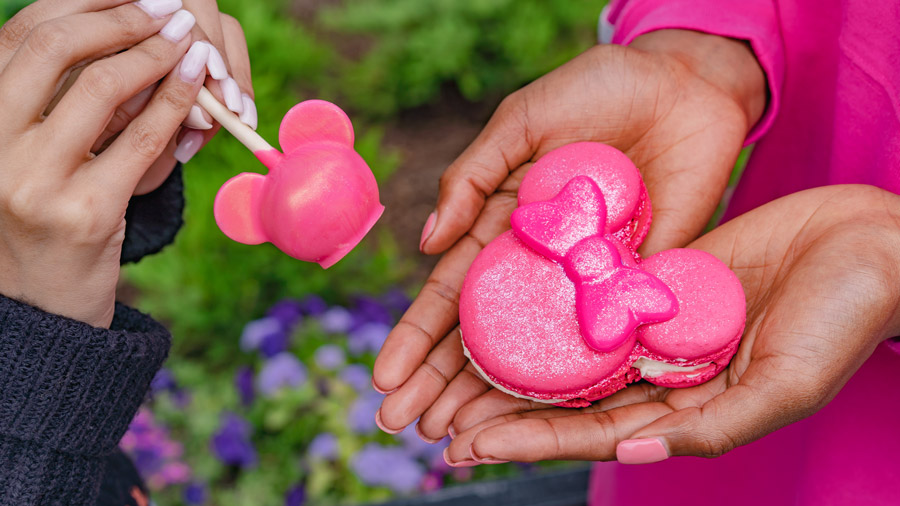 Show off your love for all things  Imagination Pink with an Disney’s awesome new line of merchandise. You can this whimsical hue gracing apparel, accessories and more at various merchandise locations through Disneyland Resort and Walt Disney World Resort as well as shopDisney.com.

For more information on Imagination Pink merchandise check out this article.

Thinking about a Disney getaway? There are still fantastic 2019 deals to be had and  2020 packages are now available for booking. Getting started is easy! Simply fill out our form below to get your FREE, no-obligation quote with MickeyTravels.