Multiple Marvel timelines are a trip and how good is it to see the first teaser image of the Disney+ Loki series.

Investor Day Photos: On April 11, 2019, The Walt Disney Company presented an extensive overview of its comprehensive direct -to-consumer strategy, including presentations on Hulu, Hotstar, ESPN+, and the upcoming Disney + service at its highly-anticipated Investor Day, which took place on the Company’s studio lot.

Meanwhile, included in the gallery is this photo including Kevin Feige and a new Marvel Studios still: 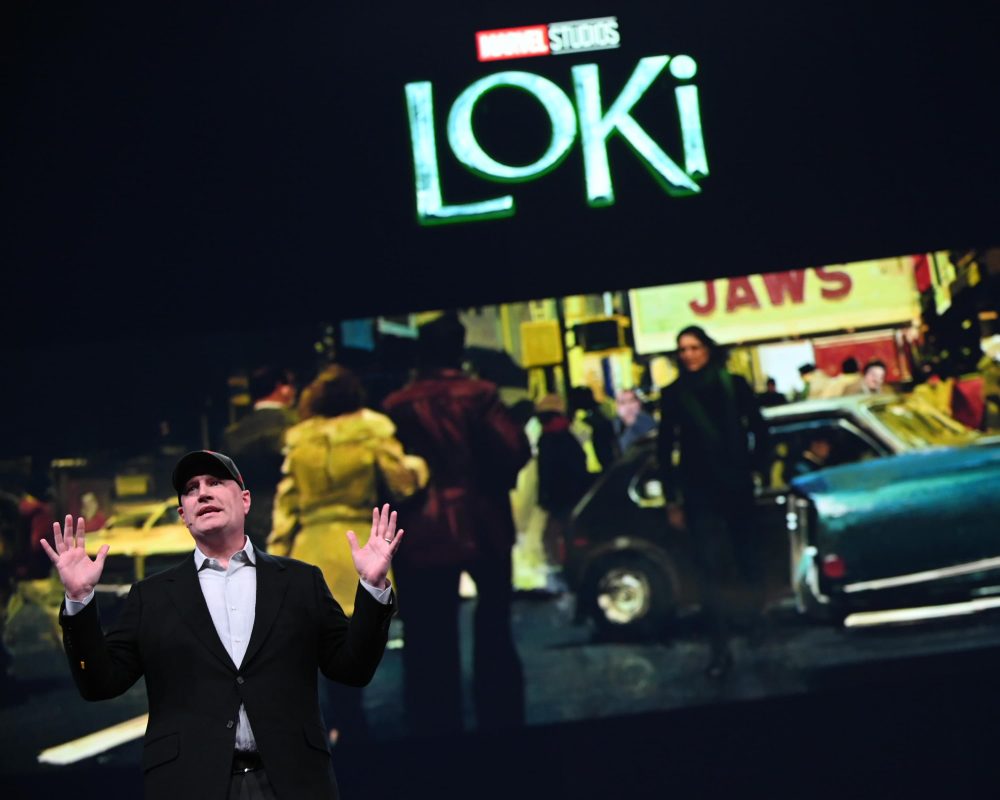 Disney+ is also assembling a live-action series centered around a fan-favorite character from the Marvel Cinematic Universe. Iger today confirmed that Marvel Studios is developing a series based on Loki, the god of mischief, to star Tom Hiddleston.

Then, Loki himself, Tom Hiddleston, tweeted about the series:

However, it took a bit for cool details from the photo show (like Loki walking in a 1975-era North American city; Times Square?) to surface.

But how is this occuring? I honestly can’t tell you, as I am first, and foremost, a Star Wars nerd.

Therefore, I leave that to those better prepared than I and Erik Voss over at New Rockstars dropped the knowledge:

Finally, are you excited for Disney+? Which show looks the most intriguing? Let us know in the comments?