If there’s one thing that is “less than optimal” for this Disney consumer, it’s the buses at Walt Disney World.

Having ridden these behemoths for much of my life, both to-and-from school back-and-forth from work here in the Northeast, I just can’t stand the entire process.

The waiting. The whining. The armpit-in-my-face-ing.

So, I can feel for the fine folks trying to get to work via Disney bus in the below video:

YIKES! A bus on fire at the happiest place on earth.

A bus taking workers to Disney World catches on fire and starts rolling away. Nobody was hurt. pic.twitter.com/JmU6hl2w4M

A Twitter user by the name of Mattie has posted a video of a Walt Disney World College Program bus that caught fire over the weekend.

In the video, you can see the white and grey smoke rising as the bus nearly hits the ambulance truck in front of it. Firefighters are yelling “Get out of the way!” to the costumed cast members as they run from the bus onto the grass median.

So far, there is no word on what caused the fire or if anyone who was on board was hurt from the fire. 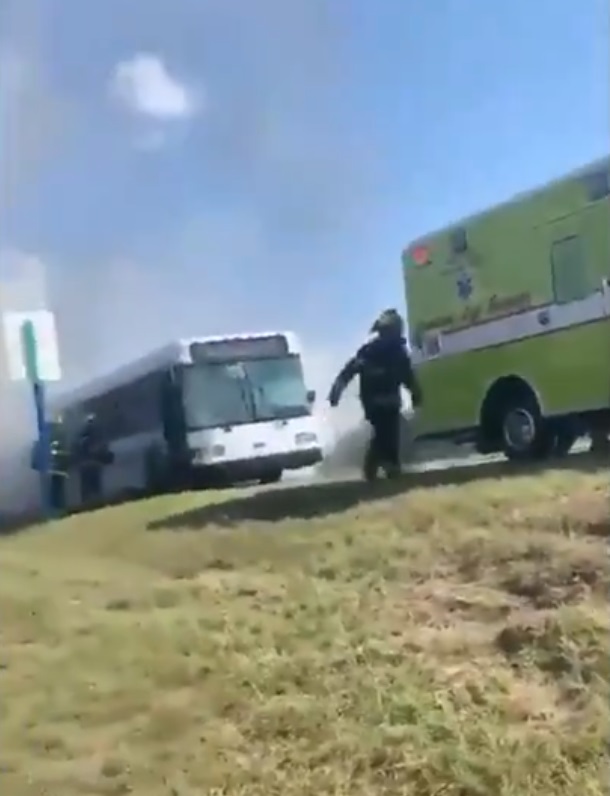 So, as far as buses go. I always do my best to stay on properties near Disney’s Boardwalk and use shoe-leather as my primary mode of transport. And, yes, I am a dyed-in-the-wool monorail guy (and no we don’t have to talk about those vehicles’ mishaps ATM).

How about you? Do you avoid bus-bound resorts at Walt Disney World? Let us know in the comments!