I knew an update about Disney’s Aladdin was due over the Memorial Day long weekend. So, I polled folks attending my Friday night outdoor Disney movie party about the new film.

My buddy Jeff — like me, generally a card-carrying member of the Marvel and Star Wars society — piped up and said one word, “Awesome.”

And, after my own late viewing, I concur it was, in fact, excellent, but probably not for the reasons fans of the 1992 animated classic will remember. 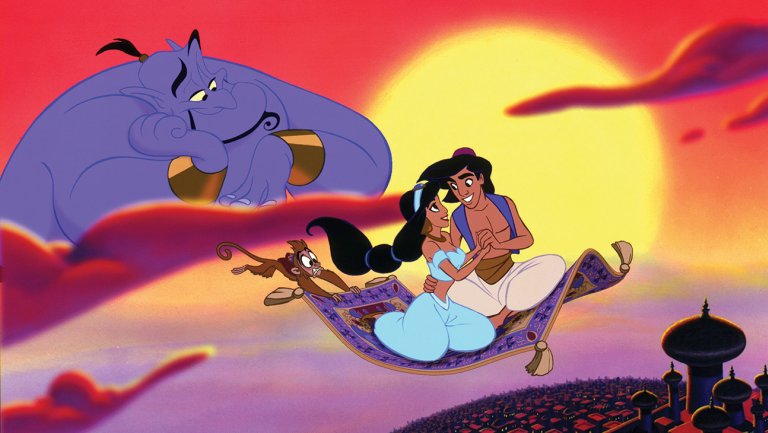 This time around, Will Smith (Bright, Suicide Squad) takes on the role of the wise-cracking, frenzied phantom, with relative newcomer — at least to CGI-driven would be summer blockbusters — Mena Massoud inhabiting the titular character, with a film-stealing Naomi Scott (Power Rangers) as Jasmine, and Marwan Kenzari (Murder on the Orient Express, The Mummy) as Jafar.

Director Guy Ritchie helms this live-action reboot, which often feels less like a musical than a summer popcorn flick with music videos interspaced between parkour set pieces. That’s not a knock on the current film, by the way, the setup works, but fans shouldn’t expect the sweeping ballad-driven singing of, say, the recent Beauty and the Beast remake. So, those reluctant to invest serious time (the film runs 128-minutes) on a song-consumed epic, need not be concerned. 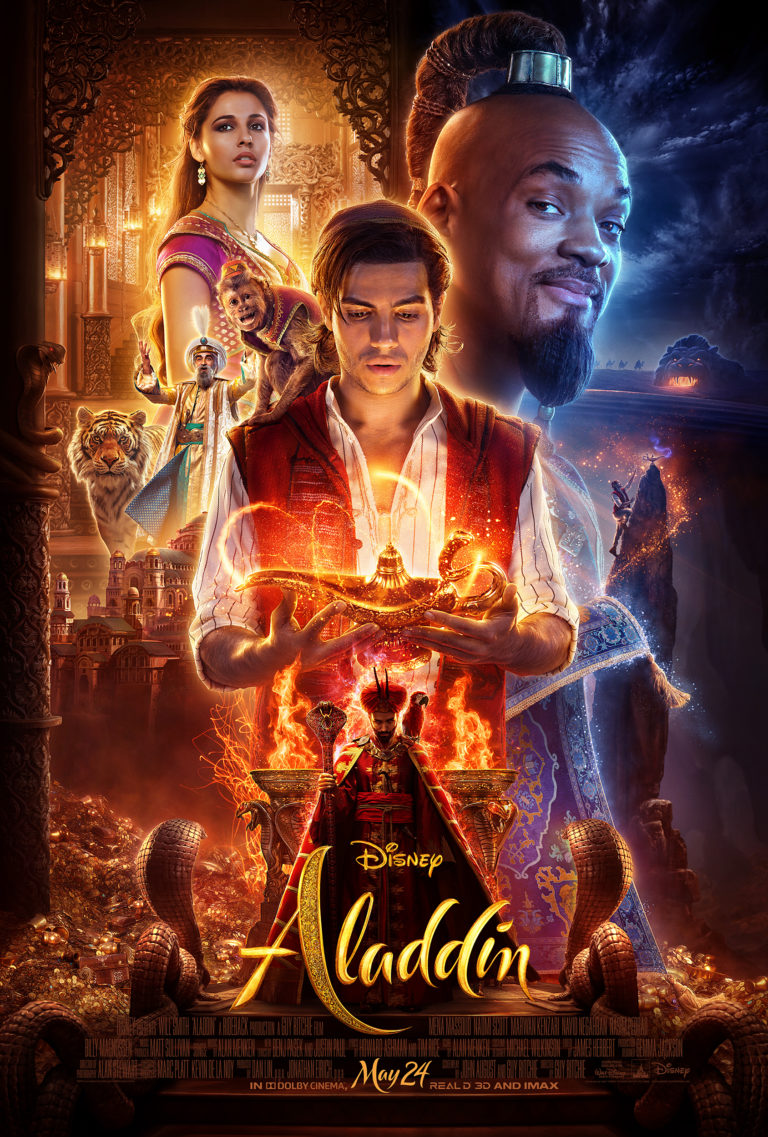 Before the film’s premiere, Ritchie spoke to the need to update the story, even as he remained faithful to the spirit of Disney’s original Aladdin.

“I saw this as a sort of clash between two worlds. It’s a story about a street kid dealing with his insecurities in a Disney environment. The Disney environment gave me a new space in which to discover and experience a world familiar to me that I already feel confident in,” said Ritchie in the film’s press materials. “I like embarking on new, creative challenges, and this certainly was one.” 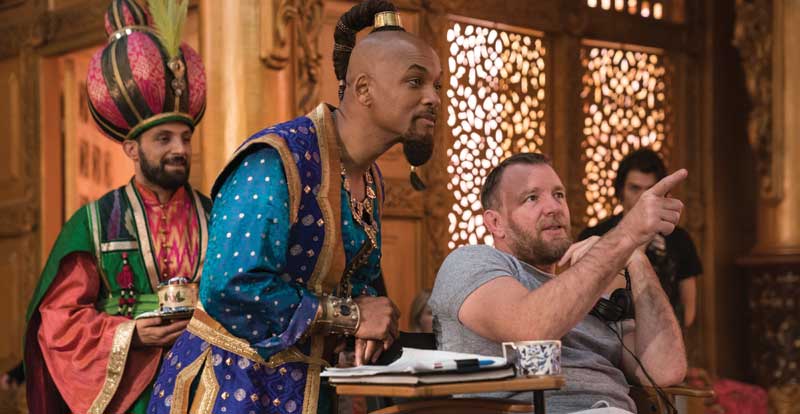 In terms of the on-screen environment, It’s hard to place the movie, both in time and setting. And there’s no doubt that many, many cultures are referenced. To these eyes, there is an evident Bollywood influence even as the filmmakers worked to reference the original look of the animated character. However, the amalgam worked and kept viewers attention through long stretches of non-Genie action.

Speaking of the Genie, you’ll enjoy the film more if you put any preconceived notions about the big blue guy away, and allow the update to boot. For those of us of a certain age (I’m 44), it might be a tad difficult to imagine anyone besides the late Robin Williams in the role, but it’s important to note how much the new face resonates with a wide swath of current viewers. 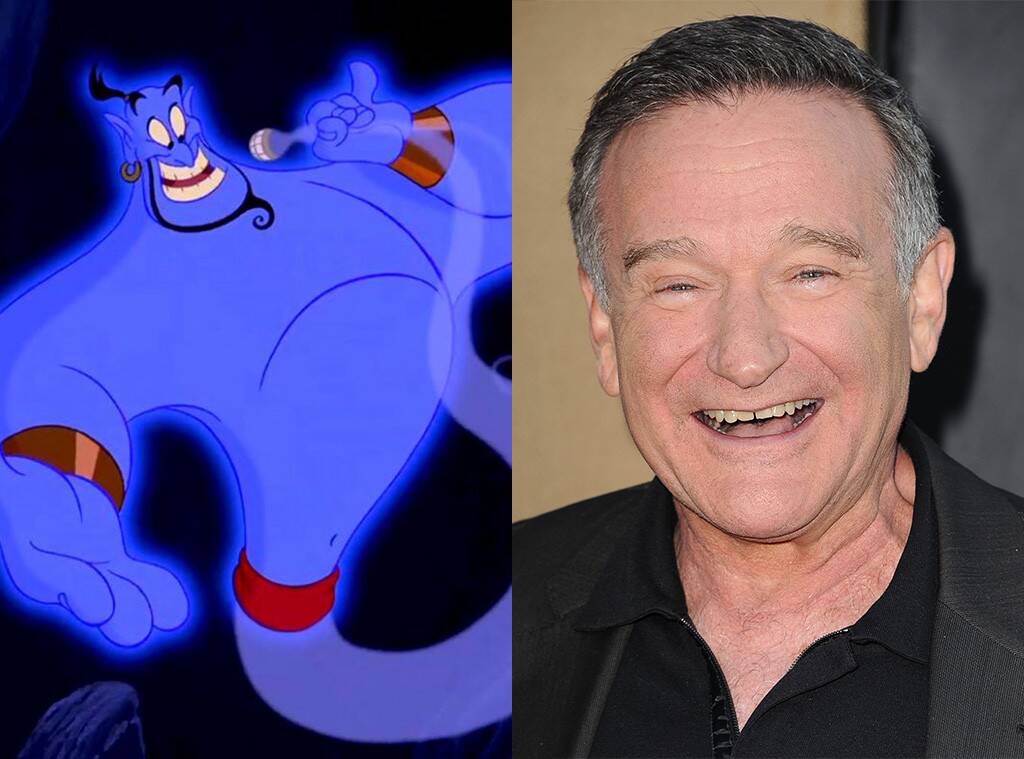 But beyond Smith’s wide-ranging appeal; Massoud’s resemblance to the animated character, the reason Aladdin works is because of Naomi Scott’s update of the Jasmine character.

“Speechless,” one of the new songs penned by Disney Legend Alan Menken, speaks to that new relevance.

“[Scott’s Jasmine is] a flesh-and-blood three-dimensional young woman who wants to be heard and wants to be respected, and the song needs to reflect that,” said Menken. “It definitely raised the bar for the entire movie in a big way and from that point forward.

“It was a matter of making sure that the movie supported the emotion in that song; that the storyline laid the right pipe so that we were ready for it.”

Tell Her the Truth

So, as far as the bottom line; is the movie perfect? No.

I’d say that Emma Watson’s Beauty and the Beast came closest to matching the magic of the original. 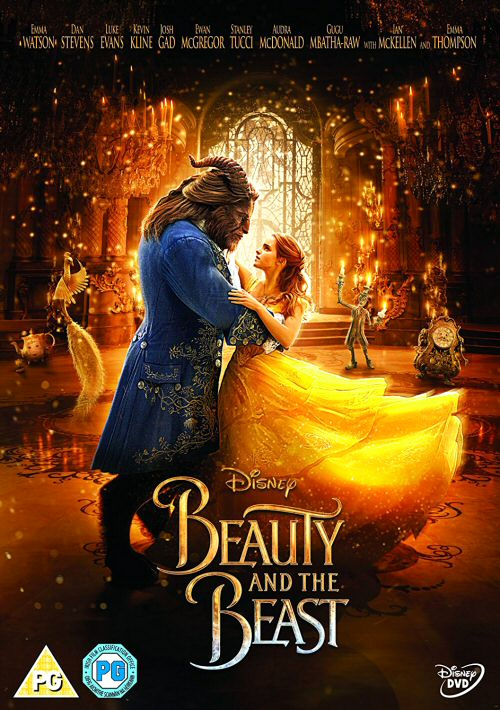 However, Scott’s Jasmine gives us a reason to watch and re-watch the “live-action” Aladdin.

In fact, the human element provided by the entire cast is enchanting at its best and toe-tapping at it’s blandest.

Moreover, new viewers of the tale, those who don’t remember their last viewing of the now vintage Robin Williams-led romp; might bypass the bottleneck of loyalty and comparison to the beloved animated.