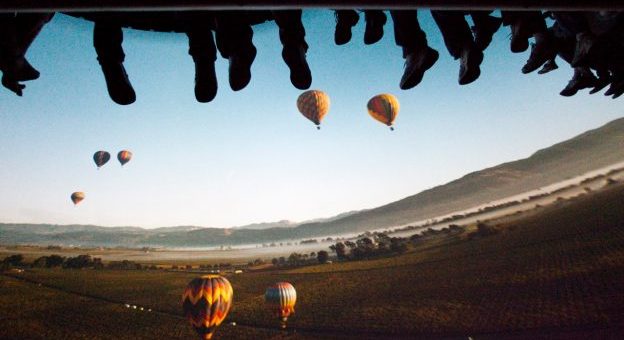 Strap in and prepare for lift off! Soarin’ Over California returns to Disney California Adventure Park. This beloved attraction is coming back for a limited time this summer, from June 1 to 30.

Your journey begins as the clouds part above the majestic Swiss Alps, revealing a familiar sight to Disneyland fans. Next, you’ll visit polar bears in icy Greenland, swoop past sailboats on Australia’s iconic Sydney Harbour and weave between elephants marching toward Mount Kilimanjaro.

Glide above marvels like the Great Wall of China, the Great Pyramids of Egypt and the Taj Mahal in India. Cruise over Monument Valley, Fiji’s Lau Island and thundering Iguazu Falls in South America. Gaze down at the Eiffel Tower as it sparkles like a jewel in the night, surrounded by the lights of Paris.

Originally opened in 2001, Soarin’ Over California became a fan-favorite attraction. In 2016, the attraction became Soarin’ Around the World, taking you over the many wonders of the world—from the majestic Swiss Alps to the Great Wall of China.

The return of Soarin’ Over California adds to the exciting offerings available at Disney California Adventure park this June. Check out the behind-the-scenes peek of “Tale of the Lion King,” which debuts on June 7.