Mother’s Day is tomorrow and now is the perfect time to take a moment to celebrate our Masai giraffe calves and their mothers at Disney’s Animal Kingdom.  The animal care team at Animal Kingdom is currently overseeing the care of five young Masai giraffes, ranging in age from newborn to 10 months old.

Here’s a closer look at these babies and their mothers:

First, take a peek at the youngest calf Acacia and her mother, Stephanie. This little one was born in early April. She may be small now, but she’s growing quickly, and if she’s anything like Stephanie, she’ll be very independent and bravely exploring the savanna on her own very soon. 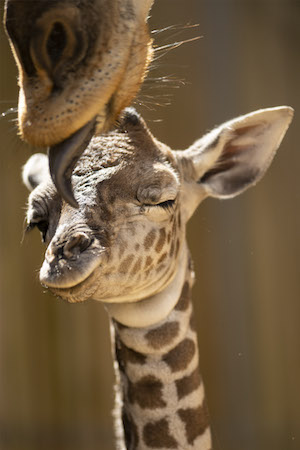 Next, meet Violet and her mother, Willow. Violet was born on Feb. 11, and has reached all her developmental milestones under Willow’s watchful eyes. She has taken well to the savanna and enjoys exploring with her mom and the other calves in the tower. 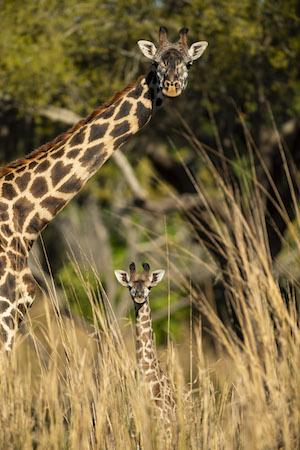 Now for the giraffe calves and moms you already know and love.

You may recall Jabari made an exciting entrance into the world in January when his mom Mara gave birth right on savanna at Kilimanjaro Safaris. Now that the duo has joined the rest of the tower, you’ll find both tucked into the middle of the action. Mara likes to be near other giraffes while she bonds with her calf – so Jabari has quickly become part of the herd. 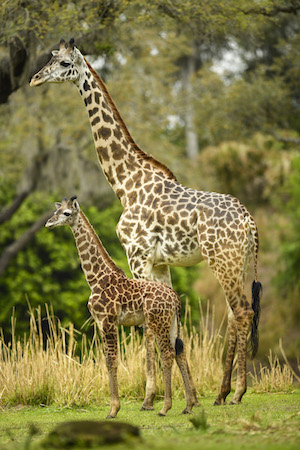 And, of course, there are the two older calves, Aella and Amira. Aella and her mom Lily were on the front end of the baby boom in the giraffe tower in June 2018, and Amira followed shortly after, in October 2018, born to mom Kenya. The two girls love to play together, leading the other calves around the savanna, and Lily and Kenya bring a great calm presence to the entire tower, serving as excellent aunt figures to the rest of the herd. 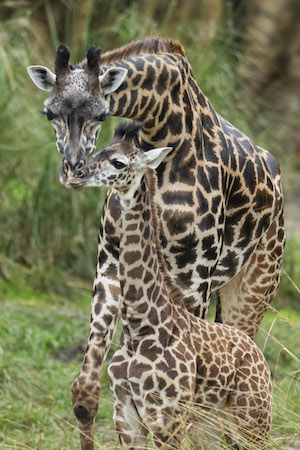 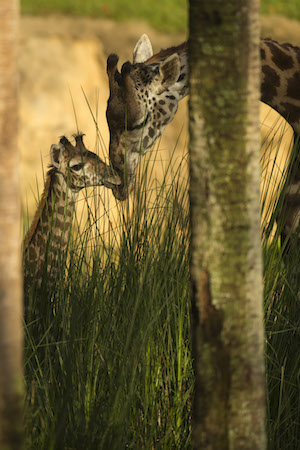 These five Masai giraffe calves are important to the future of their vulnerable species. Found primarily in Kenya and Tanzania, there are roughly 32,000 Masai giraffes left in the wild, and their population continues to decline because of poaching and habitat loss. All of the Masai giraffe births at Disney’s Animal Kingdom are the result of the Species Survival Plan (SSP), which is overseen by the Association of Zoos and Aquariums and ensures responsible breeding of threatened and endangered species.

The SSP is just one of the ways Disney is contributing to giraffe conservation. Watch this episode in our Caring for Animals video series to learn about how Disney is helping with the care and conservation of giraffes in the wild.

Happy Mother’s Day from everyone here at MickeyBlog!