If you’re reading this, chances are you’re a Disney fan and have daydreamed about landing a dream job at the Happiest Place on Earth.  Yet even though Walt Disney World employs in excess of 62,000 staff, competition for jobs can be extremely competitive. That’s why one graduate of Disney’s College Program has gone next level in an attempt to get the attention of Walt Disney World execs.  Check out the billboard below: 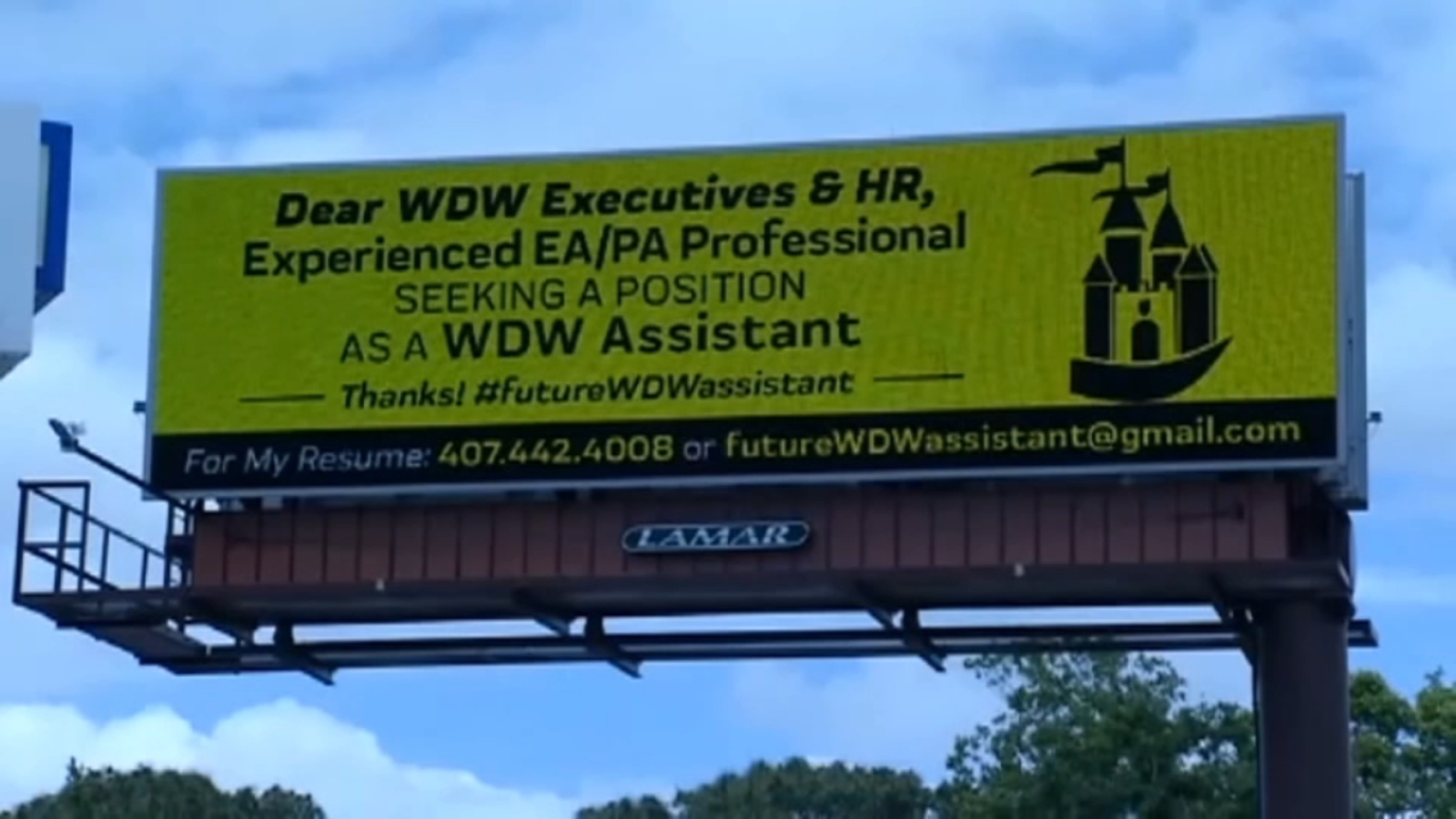 The billboard can be found on 535 in Orlando and is the brainchild of Florida native Brandon Fox. It reads, ” “Dear WDW Executives & HR, experienced EA/PA Professional seeking a position as a WDW assistant.” It also includes his phone number and email for his resume, and the hashtag #FutureWDWassistant.

According to various reports Fox, currently residing in New York City, was inspired to take out the advertisement when noticing the effectiveness of Subway advertising when traveling to work in the Big Apple.  Fox apparently worked in entertainment as part of the Disney College Program before becoming a full-time employee. However,  he eventually left the Mouse to earn a degree and start a career in the sports industry. He turned to the billboard when his recent attempts to get rehired by Disney have been unsuccessful.

So has this upped Brandon’s chances of landing his dream Disney job? It’s early days. However, in a recent interview with Spectrum News, Jacquee Wahler, Vice President of Communications at Walt Disney World had this to say: “We appreciate the creativity and encourage anyone interested in a role with us to apply at DisneyCareers.com”

Readers are encouraged to keep following along with MickeyBlog for the latest updates on this story and other exciting Disney news!