What Is Rope Drop at Walt Disney World?

If you’re in the process of planning and researching a Walt Disney World getaway, chances are you’ve heard the term “Rope Drop.” bandied about.  This is essentially the term given to opening festivities at Disney theme parks. We here at MickeyBlog thought we’d give you the Rope Drop lowdown to help you decide whether or not it’s worth incorporating into your Disney travel plans.

Rope Drop at the Magic Kingdom

Ask any Disney regulars and they will regale you with stories about the how Rope Drop used to be at the Magic Kingdom.   Prior to 2017, this early morning happening used to take place at the Main Street Train Station.  Guests entering the parks through the turnstiles were held in front of the train station until the park officially opened.  Right before visitors were welcomed into the park, there would be a brief morning show featuring the Mayor, a wide array of Disney friends and a Family of the Day who would be hand-picked by Disney to officially open the park.  Once the ceremony concluded guests could then pass through the archways and start their Magic Kingdom day.

However, this was changed just a few years ago as a way to manage Magic Kingdom’s ever-increasing crowds.  Today Magic Kingdom allows guests into the Main Street U.S.A section of the park up to an hour before officially opening.  Shortly before officially opening (typically at 9am) the “Let the Magic Begin” show will take place at the Castle Forecourt Stage. This rousing opening show begins with trumpet fanfare, the arrival of a Royal Herald and then a visit by Mickey and Friends before the bridges to the individual lands are officially opened to the public. 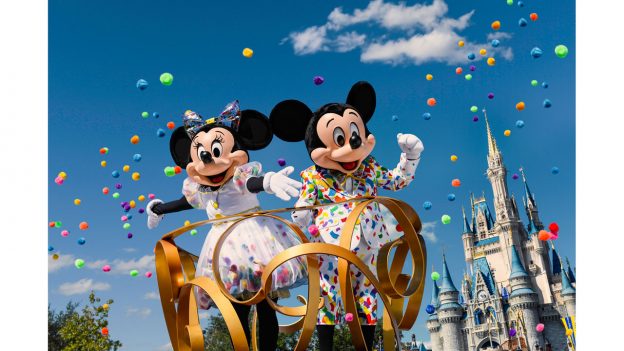 That sounds interesting is it worth seeing?

Generally, I’m a huge advocate of arriving at the Walt Disney World theme parks as early as possible.  The first two hours of the morning tend to be the quietest in terms of crowd levels and lines. Making it to the parks for rope drop ensures that you can get several attractions under your belt before the afternoon crowds start to peek.  The opening ceremony itself (in my opinion) isn’t as dazzling as other Magic Kingdom events like the Festival of Fantasy Parade or the Happily Ever After Fireworks but it is a nice start to the day!

Does Rope Drop start the same time each morning?

Yes. Rope drop starts right before the park officially opens to the public.  Even on days when Extra Magic Hours happen at the Magic Kingdom, they will still hold Rope Drop at the same time as Magic Hours are a perk reserved only for onsite guests.

But I can get into the Magic Kingdom from 8am? Does that mean I can skip Rope Drop and head to my favorite attraction?

Nope. Main Street USA (so essentially the section from the Train Station right up to Cinderella’s Castle remains open to the public.  This means you can grab a Starbucks at the Main Street Bakery or stop by the Emporium to stock up on souvenirs.  However, you will find Cast Members stationed at the bridges to the individual lands.  They will not let you pass until the “Let the Magic Begin” show has concluded.

What If I have early morning breakfast reservations at Cinderella’s Royal Table, Be Our Guest or Crystal Palace?

Then when required, Cast Members will let you through to make it to your reservation.  There will be dining reservation checkpoints that you’ll find as you make your way to the parks.  Attendants are usually stationed at access points and will scan your MagicBands and allow you to pass. 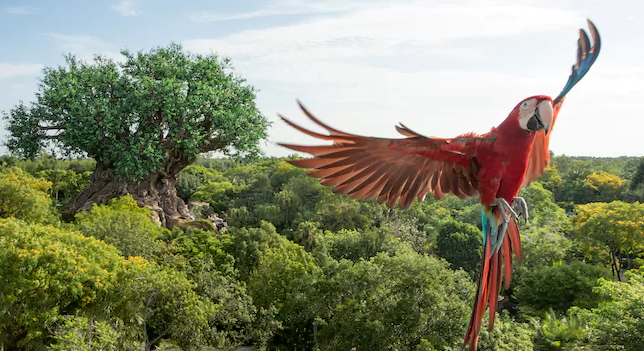 Is Magic Kingdom the only park that does something special for Rope Drop?

No. Animal Kingdom is another great park to visit for Rope Drop.  The park will typically start to let guests in from about 8 am – 8:30 depending on the season and crowd levels.  Guests are free to explore the Oasis area and the front of Discovery Island (in front of the Tree of Life) but the individual lands are again roped off to the public. Just before the park officially opens to the public the many beautiful birds that call the Animal Kingdom home will provide visitors with an aerial show so beautiful that it makes me tear up every time.  Its definitely one of those Disney bucket list moments that everyone should experience at least once.

When it comes to Hollywood Studios and Epcot,  currently neither of the parks do anything special when it comes to opening the parks for the day other than an announcement over the tannoy.  However, in these instances, it still pays to hit the parks early to be among the first in line for attractions like Soarin’ and Frozen Ever After at Epcot and the Toy Story Land and Jedi Training sign-ups at Hollywood Studios.

Readers are encouraged to keep following along with MickeyBlog for the latest Walt Disney World planning tips and tricks!