Today we were finally given a more in-depth look at what Disney has in store for us this spring. A new full-length Aladdin trailer was released this morning and to be honest, we are even more excited!

The animated classic takes on a new form in this live-action adaptation directed by Guy Ritchie.  Aladdin (the charming street rat), Jasmine (a self-determined princess), and the Genie will all join each other on screen for a fast-paced, action-packed story in the city of Agrabah.

The story of Aladdin begins with a charming man living on the streets. His path crosses with a beautiful princess and his life is changed. He begins an adventure during which he comes across a magic lamp and is introduced to the Genie. Aladdin works his way through three wishes and navigating a relationship with Jasmine (the princess) who is trying to find her own path in life. Of course, the evil Jafar complicates things along the way. 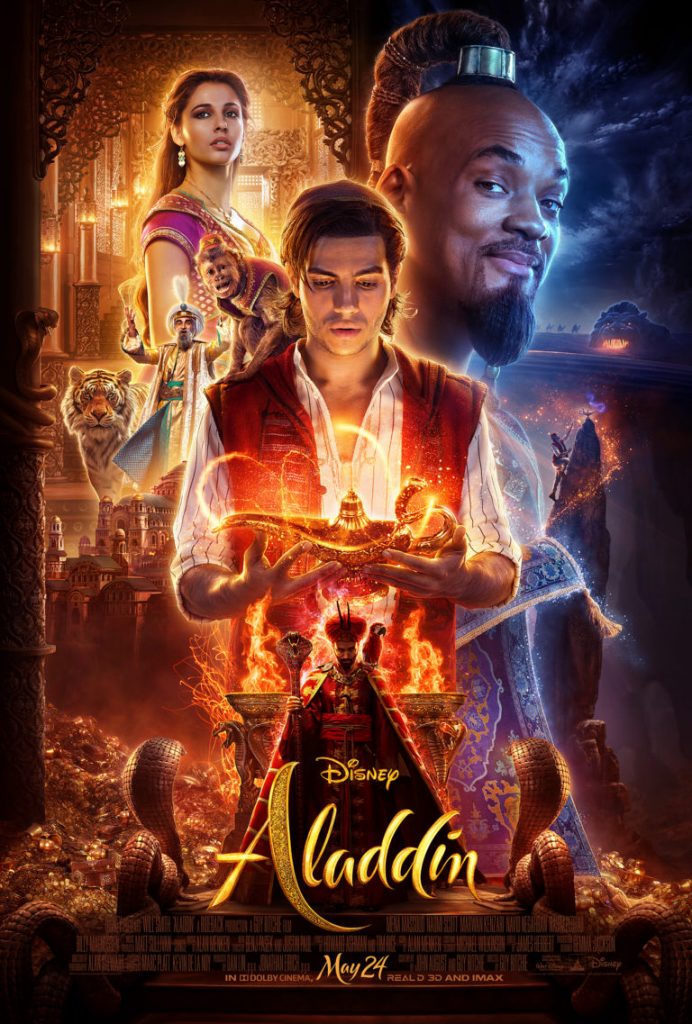 The film stars Mena Massoud as Aladdin, Will Smith as the Genie, Naomi Scott as Jasmine, Marwan Kenzari as Jafar, Navid Negahban as the Sultan, Nasim Pedrad as Dalia, and Billy Magnussen as Prince Anders.

From everything we have seen in the new Aladdin trailer, we can expect action, laughs and plenty of visual effects. Classic tunes will be heard along with a few new ones along the way.

Aladdin will open in theaters on May 24. Joining the release of this Disney film is a host of others in 2019 including Avengers: Endgame, Dumbo, Toy Story 4, Frozen 2, The Lion King, Star Wars Episode IX, Artemis Fowl, and Maleficent: Mistress of Evil.

Dreaming of a “land in a faraway place”? Contact me now to book your magical getaway! In addition to a full range of complimentary planning services, I’ll make sure you get all of the best insider tips to make your Disney Vacation a dream come true! Simply fill out the form below, send an email to mnugent@mickeytravels.com, follow me on Facebook, or call (716) 601-7710 for more information. MickeyTravels is a Platinum-Level, Authorized Disney Vacation Planner.