Magic and surprises await guests around every corner of Disneyland Paris, including celebrity spottings! Rapper Jaden Smith recently visited this beautiful park to immerse himself in the Star Wars universe. As a big Star Wars fan he knew he wanted to watch the iconic saga come to life in the new season of “Legends of the Force – A Celebration of Star Wars”.

Jaden Smith joined the famous Rebel Alliance and experienced an epic journey in the high-speed rollercoaster Star Wars Hyperspace Mountain. Then he Smith climbed onboard a StarSpeeder 1000 at Star Tours: The Adventures Continue for a 3D expedition in the Star Wars Galaxy.

But the galactic fun isn’t just for celebrities! Guests can also discover “Legends of the Force – A Celebration of Star Wars” from now until March 17, 2019.

With legendary characters, galactic battles and iconic lightsabers, Legends of the Force – A Celebration of Star Wars is an incredible opportunity for guests to immerse themselves in the heart of the Star Wars galaxy, following in the footsteps of their favorite heroes, such as Rey and BB-8, meanwhile confronting the Dark Side of the Force with Darth Vader, Kylo Ren and many others. 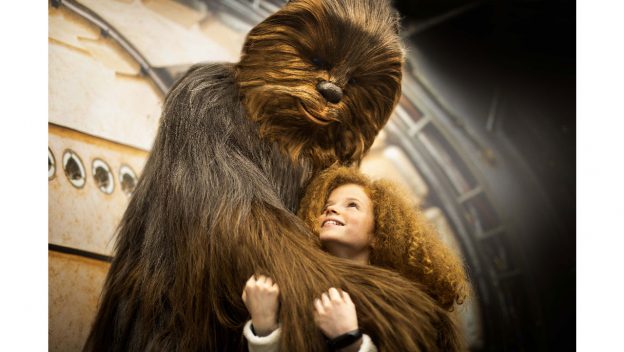 After bursting the screens of the very first Star Wars film in 1977, Chewbacca has become one of the most iconic heroes in film history. Chewbacca has been part of several Star War events at Disneyland Paris, but now guest get to meet him in person. This Wookiee, is loved by fans of all ages and will finally be there to welcome you during this new season.
Guests can meet him at the reference point in Production Courtyard at Walt Disney Studios Park for an unforgettable encounter.

This show is not to be missed. At dusk, Walt Disney Studios Park will pay spectacular homage to the Star Wars galaxy with an amazing sound and light display show. The show will include image projections, special effects and, of course, the Star Wars characters. This year there are new features with unreleased clips from Star Wars: The Last Jedi and Solo: A Star Wars Story. There will also be new characters on stage for the first time, such as the adorable, faithful Resistance droid BB-8 and the fearsome bounty hunter Boba Fett will also make a grand entrance.
But be careful, the Dark Side of the Force is never far away, with special scenes featuring the Empire and the First Order. It’s a totally unmissable experience.

The Stormtroopers will be flooding Walt Disney Studios Park with:

The Stormtroopers Patrol: A squad of Stormtroopers will also break away during the day. They patrol the crowd in search of members or allies of the Resistance. It will be the perfect opportunity to pose alongside them. 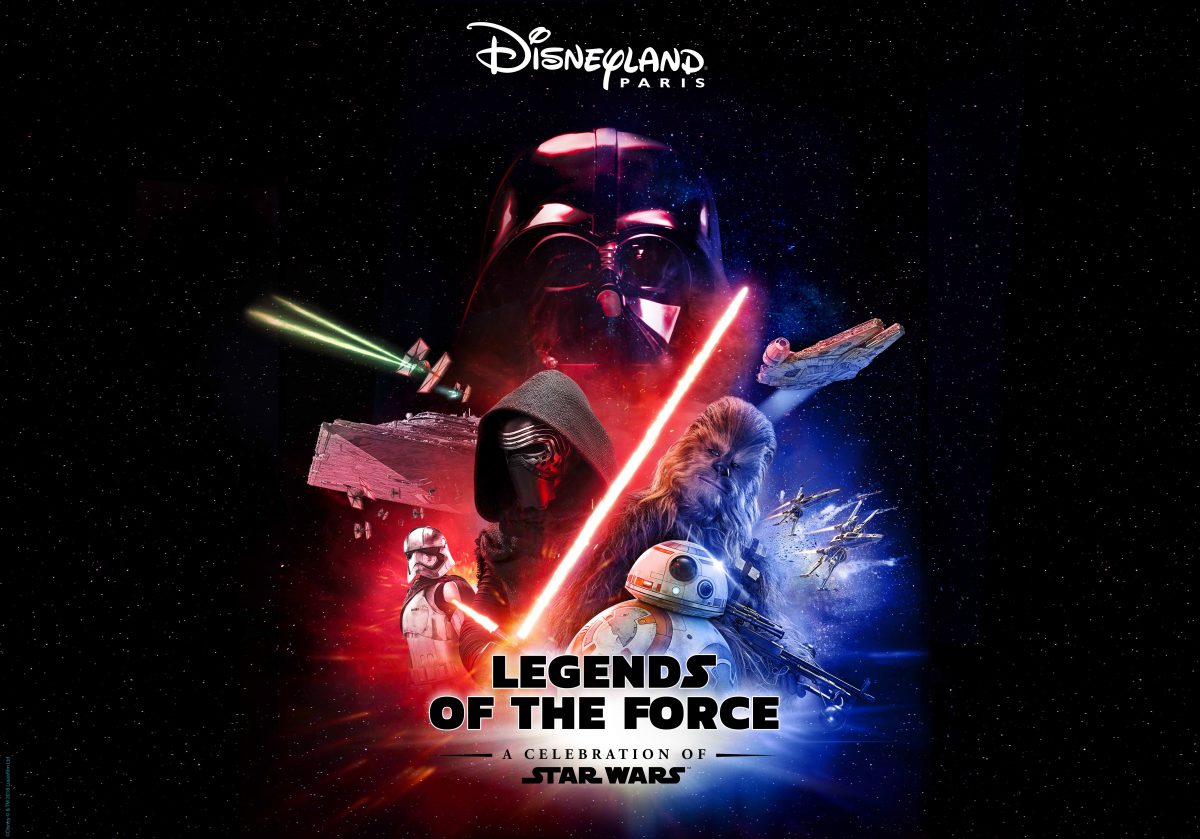 Legends of a Galaxy Far, Far Away

This spectacular show gives guests a chance to relive the greatest moments of the Star Wars saga. Watch the legendary heroes on stage and enjoy the sound of epic musical themes by John Williams. Look out for Kylo Ren, Rey and Darth Maul during the show. Also, for the first time, the fearsome bounty hunter, Boba Fett and adorable droid BB-8 join the stage. This show will be taking place several times a day on the stage of Production Courtyard.

Come and experience the galactic size thrills until March 17, 2019 during the ultimate Star Wars experience with Legends of the Force – A Celebration of Star Wars at both Disneyland Paris Parks.