Over the past year, we’ve watched Disney make forays into VR with their collaborations with The VOID to bring untethered interactive virtual reality experiences to both Disney Springs and Downtown Disney with both Ralph Breaks VR and Star Wars: The Secrets of the Empire.  It looks like this is something they will continue to expand upon in the year ahead according to a recent piece in CNET.

Apparently, Walt Disney Animation Studios was at Sundance this weekend showing off its first-ever virtual reality short film called Cycles.  It was revealed during the weekend that this is just the start of Disney’s use of VR technology for films. The studio has also given the greenlight to another VR short from Jeff Gipson which is currently “top secret.” 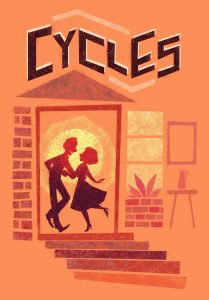 Cycles also directed by Gipson, shows the life of one family in virtual reality.   Nicholas Russes one of the producers for Cycles’ had this to say of the project, “What Cycles is proving is that VR is something the studio wants to explore. The fact that they greenlit another one this quickly is proof that they might know exactly what tomorrow looks like for Disney and VR…”

With Disney CEO Bob Iger’s focus on Disney+ in the year ahead and the already successful VOID projects on both coasts, we here at MickeyBlog will be paying close attention at how this new tech is used in the year ahead! Be sure to keep following along for the latest news and updates!

For more information on booking a Walt Disney World vacation simply fill out our form below to get your FREE, no-obligation quote with MickeyTravels.